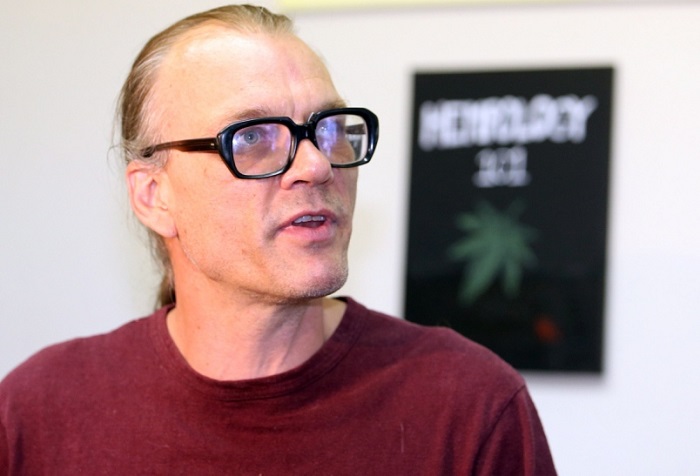 After 20 years of active involvement, this 47-year-old cannabis activist is retreating from public life. This post from Times Colonist unveils his decision in the backdrop of current marijuana changes.

On Saturday, the 47-year-old got together with friends in Beacon Hill Park to offer thanks, share memories and, of course, enjoy a few joints.

The time, 4:20 p.m. — once a release time from high school detentions — was selected in remembrance of past misadventures with the rules.

Smith is founder of the Cannabis Buyers Club, started in 1996 and billed as the oldest compassion club in Canada.

He plans to live in Cobble Hill, grow herbs and market a line of medicinal herbal teas.

The decision comes as the use of marijuana has wider social acceptance. The federal government is considering how best to make it legal, and streets in Victoria and elsewhere are punctuated with storefront operations offering cannabis as a medicinal product.

Reaching this point hasn’t been easy. According to the Cannabis Buyers Club website, Smith has been charged with narcotics offences 15 times, been involved with five trials, attended and organized about 3,500 rallies, hearings, meetings and news conferences, and authored the 2012 book Hempology 101: The Uses and History of Cannabis Sativa.

Most proudly for Smith, in 2015, after five years of court actions with his cannabis cookie-baker colleague as a trafficking defendant, the Supreme Court of Canada ruled that cannabis in edible forms — such as cookies — could be used by people as medicine.

Cannabis cookies were Smith’s introduction to marijuana as medicine. In 1995 he met a baker in Victoria who was making them for AIDS patients to assist with their nausea. Smith began the Cannabis Buyers Club to distribute them.

In 2012, after selling $25 million worth of medicinal cannabis, a megaphone his only marketing tool besides word of mouth, Smith turned the Cannabis Buyers Club into a non-profit.

Smith said his ambitions aren’t completely fulfilled: Marijuana is still a controlled substance under federal law and it appears corporate business is gearing up to take over its distribution.

But he can look back at a mostly successful defence of the use of a plant for which the medicinal uses are still being explored and for which the recreational uses, relative to other intoxicants, are seen to be quite benign.

“I’ve set out and accomplished just about everything I ever wanted to do, and more,” he said.

It’s also a good time personally for Smith to bow out. In September, Smith’s wife of 10 years, Gayle Quin, died from cancer. She was 59.

The two met at the Cannabis Buyers Club, with Quin using her skills as a medicinal herbalist to produce teas and salves.

Smith said he now holds 33 recipes for herbal teas that Quin developed. He plans to cultivate and grow the herbs to make the teas, a way to honour her memory. The line will be called Gayle’s Teas.

“Carrying on would be entirely honourable, but I just find I don’t have the heart anymore,” he said. “Without Gayle, it just isn’t the same.”

Source: With marijuana changes in the air, cannabis crusader calls it a day