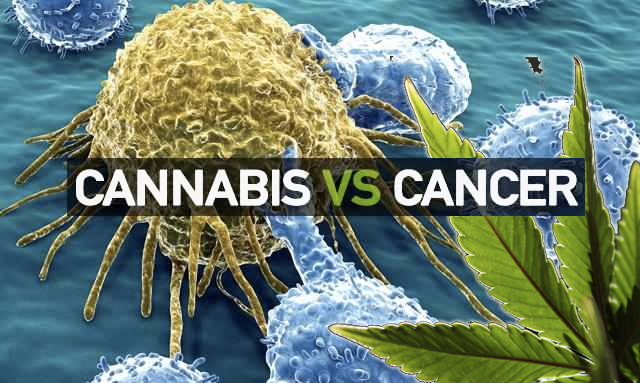 In this post from Counter Current News, M. David and Jackson Marciana report that clinical trials to demonstrate the effectiveness of cannabis in curing brain cancer are set to kick off this year, and once the evidence is in, the government is going to have a lot of explaining to do…

With all of the growing scientific evidence in favor of marijuana use for both curative and even preventative measures against an array of maladies, it is going to be increasingly difficult for the United States federal government to continue the prohibition on the plant.

Glaucoma, pain, nausea, loss of appetite, epilepsy and multiple sclerosis have all been demonstrated in numerous scientific studies to be effectively treated by cannabis.

Now, trials to demonstrate the effectiveness of the plant in curing cancer are set to kick off this year.

Even while there has been significant anecdotal evidence in case study after case study, supporting the curative properties of the plant, there have been virtually no clinical trials.

This creates the circular argument that anti-cannabis politicians and law enforcement rely on. When some of the most powerful benefits of the plant are discussed, they say “there is no evidence.” But that evidence is there, and while it has been looked at qualitatively, the quantitative studies that have been held back up until now, are almost underway.

Watch the video below…

Once they prove what those who have looked qualitatively at the efficacy of marijuana in killing cancer already believe they know, the government is going to have a lot of explaining to do to a whole lot of families who have lost loved ones to cancer.

Specifically, researchers are looking at the effects of cannabis in treating one type of brain cancer, glioma. The science website IFLScience writes:

Gliomas are a common type of brain cancer, accounting for around 45% of cases. Because they have a tendency to grow into normal brain tissue, surgical removal is exceedingly difficult and often bits of tumor remain despite a surgeon’s best efforts, offering the opportunity for the cancer to return or spread to other body sites. This, combined with the fact that this organ is inaccessible to many therapeutic agents, thanks to its protective blood-brain barrier (BBB), means that gliomas are notoriously tricky to treat.

Cannabinoids come into the equation by rapidly crossing the BBB, and further exerting various effects through mimicking natural substances produced in the body. The endocannabinoids then “stick to and activate so-called cannabinoid receptors. One such effect is their apparent antitumor activity, demonstrated in various different cancerous tissues in the lab.”

Cannabinoids seem to cause cancer cells to self-destruct in the lab, in a process known as “apoptosis.”

“Donating to cannabis medical research is essential to highlight the potential of cannabinoids to treat a range of conditions,” Jorge Cervantes, horticulturalist and medical cannabis advocate, announced in the statement for the project.

Like heroin, marijuana is listed as a Schedule 1 drug, which means the government has told us that it has , meaning no accepted medical treatment and there is a lack of accepted safety for its use.

Once the evidence is in, the government is going to have a lot of explaining to do…