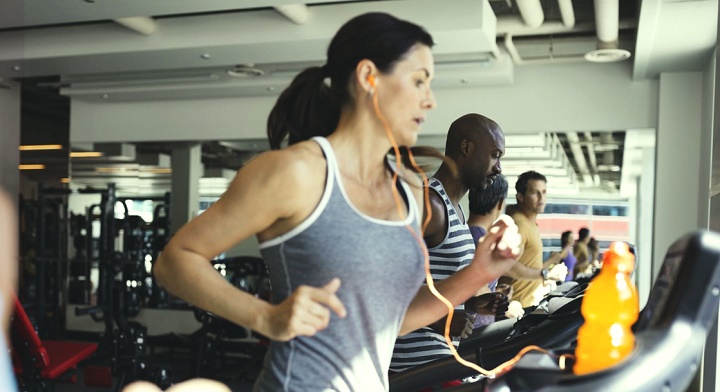 The world’s first ‘cannabis gym’, opening in San Francisco, will allow its members to consume marijuana before and after workouts. Read more in this post from People.com!

Marijuana and fitness are generally not associated with one another — but gym owner Jim McAlpine is hoping to change that.

McAlpine will be opening the world’s first “cannabis gym” in San Francisco in May. In addition to being a traditional gym and wellness center, Power Plant Fitness will allow members to consume cannabis at the gym before or after their workouts.

“If you use it right, cannabis takes the things you love and lets you love them more,” McAlpine, 46, told Outside. “With fitness, that can help get you into the zone, into eye-of-the-tiger mode.”

While little scientific research has been done on the link between marijuana use and athletic performance, some athletes say it improves their workout sessions.

Elite triathlete Clifford Drusinsky spoke to Men’s Journal in 2014 about how consuming a THC energy bar before training allowed him to get through tough workouts.

“Marijuana relaxes me and allows me to go into a controlled, meditational place,” he said. “When I get high, I train smarter and focus on form.”

Journalist Gordy Megroz wrote in Outside about his personal experiment comparing running on a treadmill sober versus stoned. While sober, he described the experience of running as “painful,” and stopped after 19 minutes.

“While stoned, the experience is much different,” he wrote. “I can still feel the pain, but I’m not fixated on it; my mind is lost in random thoughts. Finally, my legs stop turning over quickly enough and I hit the stop button: 19:30. Interesting. I repeat the test twice more over three days, both sober and stoned, and yield similar results.”

McAlpine is hoping to harness the potential for cannabis to aid in athletic performance at his one-of-a-kind gym. According to Outside, “McAlpine envisions offering cannabis performance assessments, in which trainers help determine how the plant can help an athlete work out before guiding them through weed-assisted fitness plans.”

The gym will allow members to consume their own cannabis on-site, as well as purchase Power Plant’s own line of edibles, which McAlpine said are “made for pre-workout focus and post-workout recovery.”

However, some cannabis experts are not sold on the idea of a cannabis gym.

“It’s shocking to me,” Dr. Yasmin Hurd, professor of psychiatry and neuroscience at the Icahn School of Medicine at Mount Sinai New York, tells PEOPLE. “Cannabis decreases reaction time, it definitely impacts motor function. I don’t see how encouraging intoxication during workouts is something positive.”

Hurd believes not being able to feel pain while working out may lead to overexertion.

“People could work through their pain threshold in a way that could harm themselves because they are tearing muscles and they’re not going to feel them,” she says. “That to me is the main worry.”

There may be long-term health consequences as well.

“I don’t see that the safety tradeoff is worth the benefit you may possibly get,” Dr. Ed Bednarczyk, department chair of the Department of Pharmacy Practice at University at Buffalo, tells PEOPLE. “My biggest worry is that people are ignoring the cardiovascular effects of cannabinoids. THC increases both your heart rate and blood pressure. That’s going to happen with exercise as well, especially when you’re lifting. Hypertension is not a good thing, and doing something that increases your blood pressure or heart rate independent of your exercise isn’t something you’d want to do.”

“Is it going to be deadly or are we going to have people dropping on the mat or falling off machines? I doubt that’s going to happen,” he continues. “These are long-term effects that we’re looking at.”

Source: A ‘Cannabis Gym’ Is Opening Up in San Francisco