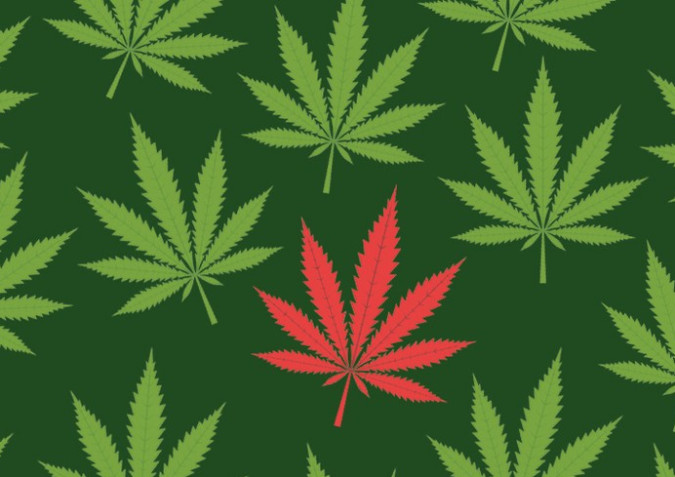 People get stoned for science, and show the link between a gene and cannabis-induced psychosis. This post from BrainDecoder highlights the study that identified a gene variant predicting a person’s risk for developing psychotic disorders.

A rare side effect of smoking weed is experiencing psychosis or paranoia; researchers have identified a gene variant that predicts a person’s risk for this happening.

In a new study of more than 400 healthy young stoners with no family history of psychosis, people with a variant of this gene experienced more mind-altering symptoms when they were high. Although such symptoms are temporary, they might signal higher risk for developing psychotic disorders in the future.

“To find that having this gene variant means that you are more prone to mind-altering affects of cannabis when you don’t have psychosis gives us a clue as to how it increases risk in healthy people,” coauthor Celia Morgan, of the University of Exeter, said in a statement. “Putting yourself repeatedly in a psychotic or paranoid state might be one reason why these people could go on to develop psychosis when they might not have done otherwise.”

Previous research has suggested that cannabis can bump up the risk for psychotic disorders like schizophrenia in a small fraction of its users. People with a family history of psychosis are also more sensitive to the temporary mind-altering effects that can accompany marijuana use, such as hallucinations or delusions.

One variant of a gene called AKT1 may underlie this vulnerability. Among people who carry two copies of this version of the gene, a history of cannabis use is linked with heightened risk of developing psychosis.

The people in these studies had all experienced psychosis or schizophrenia, or had a sibling with schizophrenia. In the new experiment, researchers in the United Kingdom wanted to find out whether this gene might also exert an influence on stoners with no family history of psychosis.

The team gathered 422 people between the ages of 16 and 23 who used cannabis at least once a month, and told them to abstain for 24 hours before two testing days a week apart.

One of those days, the participants stayed sober. They completed a few questionnaires and short-term memory tests, as well as providing samples of urine and hair (which offers a picture of drug use over the past several months).

On the other day, the scientists told the participants to get high. The participants prepped their cannabis (this experiment was BYO weed) and offered up a 0.3-gram sample to be analyzed for its composition.

“The participant then smoked cannabis in front of the experimenter who told participants to smoke at their usual inhalation rate, and to smoke as much as they would normally do to feel ‘stoned.’ At this point, the testing began,” wrote the researchers, who published the findings today in the journal Translational Psychiatry.

The researchers used cheek swabs to find out whether participants had one, two, or zero copies of the variant of AKT1.

The more copies someone had of this gene variant, the more likely they were to have mind-altering symptoms while stoned. A person’s gender, ethnicity, years of cannabis use, cannabis dependence or marijuana composition did not predict whether they would have these symptoms.

On the memory test, gender alone was related to how well people did. On the more difficult part of the test, women’s performance took a hit when they were stoned.

“Animal studies have found that males have more of the receptors that cannabis works on in parts of the brain important in short term memory, such as the prefrontal cortex,” Morgan said. “Our findings indicate that men could be less sensitive to the memory impairing effects of cannabis than females.”

Cannabis did have stronger effects on the users who smoked less often, and a higher proportion of women than men were infrequent users. So it’s possible that differences in how much men and women regularly toked up played a role this disparity, too.

The findings are the first to connect the AKT1 gene in healthy people with a temporary psychosis-like response to marijuana, which scientists consider a marker for developing psychosis later on. This gene, and the proteins it codes for, could be investigated for developing new treatments for cannabis-induced psychosis, the researchers said.

Source: People Get Stoned for Science, Show Link Between Gene and Cannabis-Induced Psychosis