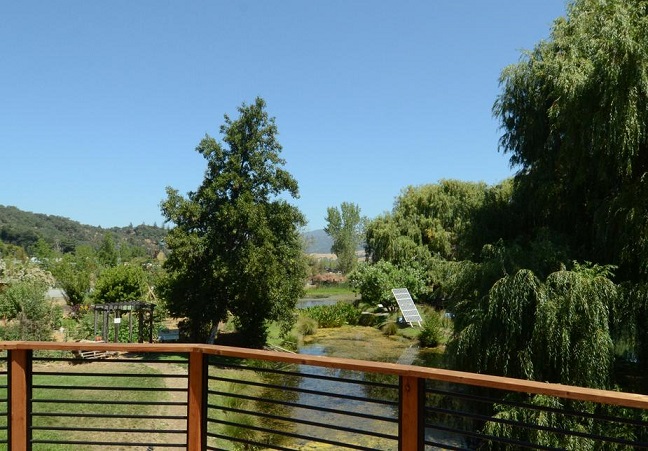 Here’s an interesting piece of cannabis history showcasing the synchronous rise of the cannabis industry and the solar power movement. This post from Project CBD describes Emerald Triangle’s success in making homegrown cannabis the most expensive, and most sought-after herb in the world.

When solar energy pioneer John Schaeffer sold the first photovoltaic panel to a U.S. retail customer in Mendocino County in 1978, he didn’t realize that he had struck a decisive blow against the war on drugs.

It was an auspicious time for Schaeffer to launch his business, the Real Goods eco-store in Willits, California, which specialized in solar power equipment, organic fertilizer, irrigation systems, and tools for sustainable living (before “sustainable” became a catchword). During the late 1970s, Mendocino farmers in increasing numbers were turning to marijuana to make ends meet, and the solar power technology provided by Real Goods enabled cannabis growers and their families to live off-the-grid in remote, rural areas while raising a lucrative, albeit illegal, cash crop.

“Cannabis was the new and up-and-coming thing,” explained Schaeffer. “Solar power facilitated the emergence of an indigenous cannabis industry in Northern California. And the cannabis growers, in turn, supported the fledgling solar power movement… It was a fruitful symbiosis.”

Solar technology was new and expensive back then. “Initially,” Schaeffer recalled, “we sold small, nine-watt panels for $900—that’s $100 per watt. [By reference today, solar panels go for about one dollar per watt, so the price has dropped by 99 per cent.] Who could afford a $900 watt panel that would charge a battery to run lights, a TV, a sound system for music? Well, the marijuana growers were the only people who could afford it.”

Within a few years, the region known as the Emerald Triangle—encompassing Mendocino, Humboldt and Trinity counties—would become America’s cannabis breadbasket, the heartland of domestic marijuana cultivation. Located two hours north of San Francisco, this lush, 10,000 square mile swath of redwoods and rushing streams was home to a loose-knit underground of fiercely independent farmers who, it turns out, exceled at growing cannabis. These guerrilla ganja growers managed to transform “homegrown”—an erstwhile put-down for lousy ditch weed—into some of the best, most expensive, and most sought-after herb in the world.

Back to the land

John Schaeffer moved to Mendocino County shortly after he graduated from Berkeley in 1971, flush with idealism about “going up the country” and living off the land with likeminded youthful refugees from the city. A back-to-nature movement was underway, and Schaffer joined one of the many hippie homesteader communes that were sprouting in the area. “All of us wanted to come to the woods to learn what real life was about… We experimented with all kinds of things from growing our own food to building our first houses, our first water systems, experiencing what it was like to live in community.”

While Schaeffer’s intentional family was learning about life without the creature comforts, outlaw horticulturists in the Emerald Triangle were rediscovering and resurrecting the ancient tradition of cultivating potent, seedless cannabis, otherwise known as sinsemilla. This practice entailed identifying and uprooting all the male plants to prevent the female marijuana plants from being pollinated, thereby causing the sexually frustrated females to produce bigger flower clusters with more gooey, psychoactive resin in a vain attempt to catch pollen that would never arrive.

Homegrown, high-potency sinsemilla was an instant hit among American marijuana smokers when it was introduced in the late 1970s. It was also good medicine for the local economy, thanks to talented, below-the-radar gardeners who transformed marijuana into one of the most phenomenal success stories in the annals of modern horticulture. Farmers in the Emerald Triangle could sell their sinsemilla buds for $2000 a pound or more, a staggering amount of cash compared to any other field crop. Ancilliary businesses blossomed in cannabis country. Generous donations from anonymous growers funded volunteer fire departments, community theater productions, and lots more.

Marijuana made possible a quiet rural renaissance in Northern California, where some 30,000 growers took part in the largest illicit agricultural movement in American history, a phenomenon that paralleled the co-evolving solar power movement, which originated in the same region. As the cannabis underground proliferated in the Emerald Triangle, Real Goods expanded and relocated to a 12-acre “permaculture oasis” in Hopland, a nearby Mendocino redoubt, which also served as headquarters of the nonprofit Solar Living Institute, a green technology showcase and educational center. “We called ourselves the solar capital of the world, because solar was born here,” said Schaeffer, who noted the synchronous trajectories of cannabis and solar power: “Marijuana growers were supporting the solar movement, but at the same time the solar movement was supporting them because the growers couldn’t live off-the-grid for any lengthy period on kerosene and candles.”

The DEA was so disturbed by the scale of domestic marijuana cultivation that it designated Northern California as a “source nation” for illegal drugs, as if the Golden State was a foreign country. The federal government proceeded to set its gun sights on the burgeoning cannabis industry in the Emerald Triangle, turning the once-tranquil territory into a combat zone, a key battleground of President Reagan’s newly militarized war on drugs.

Throughout the 1980s, narcs in camouflage fatigues ran roughshod over Emerald Triangle residents, wielding machetes and hacking through pot gardens, large and small, under the auspices of CAMP, the federally funded Campaign Against Marijuana Planting. During harvest season, CAMP officers stood guard at twenty-four-hour checkpoints on country roads, while Huey helicopters buzzed homes and marijuana eradication squads invaded private property without search warrants. It was a time when Northern California “rejoined, operationally speaking, the Third World,” as Thomas Pynchon wrote in Vineland, his novel set in America’s prime pot-growing region during the Reagan years.

But the war on drugs, which Reagan dramatically escalated, was already doomed when the president made “Just Say No” a top law enforcement priority. The emergence of high quality homegrown marijuana in the Emerald Triangle would prove to be a crucial turning point in the drug war, tipping the balance irreversibly in favor of eventual legalization.

As soon as Reagan sent in the posse, the risks for marijuana farmers increased and, consequently, they charged and got more for their product. Cultivating cannabis was simply too profitable to forsake—and a lot of folks were growing it. No matter what the U.S. government did, marijuana wouldn’t go away. “Once homegrown started,” says Schaeffer, “there was no stopping it.”

The advent of homegrown cannabis signaled the beginning of the end of marijuana prohibition.

In 1996, when California voters passed Proposition 215, which legalized medical marijuana in the Golden State, “it became clear,” in Schaeffer’s words, “that the horse was out of the barn.” Prohibition’s days were numbered. It was just a matter of time before the political realities caught up with the pro-cannabis cultural shift that was already well underway. What began as a back-to-the-land rebellion in Northern California would culminate several decades later in the legalization of marijuana in several U.S. states.

With California poised to legalize cannabis for adult use in 2016, Schaeffer’s efforts have come full circle. Real Goods is sponsoring the launch of Emerald Pharms, the world’s first solar-powered medical marijuana dispensary, which will open next month in Hopland, California, the gateway to the Emerald Triangle.