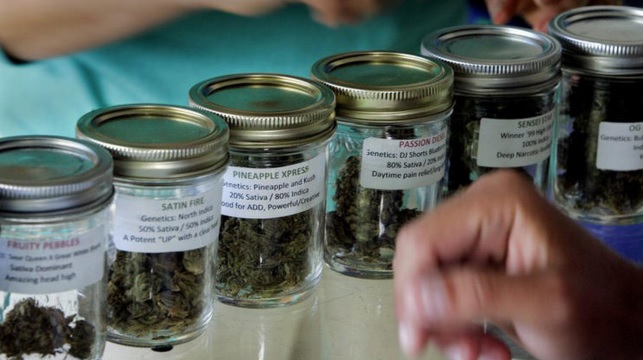 Yes, cannabis is more potent today than it was in 1960’s but the reasons are very different from what you think. This post from Los Angeles Times discusses why the increase in cannabis potency is because of the drug war, not despite it.

Taboos about drugs are lying shattered across the U.S., like broken debris after a party. But even as some states have begun to decriminalize or legalize marijuana, there is an argument that is making some Americans hesitate.

They ask: Aren’t many drugs, even pot, much more potent today than they were in the 1960s, when the boomers formed their views on drug use? Hasn’t cannabis morphed into super skunk? Aren’t people who used legal painkillers like OxyContin and Percocet sliding into heroin addiction — suggesting that legally accessible drugs are a slippery slope toward the abuse of harder drugs?

Here’s the irony. Drugs are more potent today, and people are taking more powerful drugs — but that’s largely because of the drug war, not despite it.

To grasp why, you need to understand a counterintuitive phenomenon best explained by the writer Mike Gray in his book “Drug Crazy.” Let’s start in January 1920. The day before Prohibition went into effect, the most popular alcoholic drinks, by far, were beer and wine. Once alcohol was legalized again, in December 1933, the most popular drinks, by far, were again beer and wine — as they remain today. But between those dates, beer and wine virtually vanished and the only alcoholic beverages available became hard spirits such as whiskey, vodka and moonshine.

So why would banning a drug change people’s taste? In fact, it didn’t. It just changed what they had access to.

Imagine if you had to smuggle all the booze to be consumed in your local bar next week in a wagon from the Mexican or Canadian border. If you filled the wagon with beer, you could serve maybe a few hundred drinks. But if you filled the same space with whiskey, you could serve thousands. When you are smuggling anything over distance, “you have to put the maximum bang in the smallest possible package,” as Gray wrote. Bar-goers would prefer beer — but if all they can get is whiskey, plenty will drink that instead.

As crackdowns on a drug become more harsh, the milder forms of that drug disappear — and the most extreme strains become most widely available.

Gray points out that you can watch this dynamic any weekend if you go to the stands of any university football game. Students prefer beer, but most college stadiums don’t allow or sell any alcohol. It’s a zone of prohibition. So what do the students do? They smuggle in hard liquor in flasks.

The technical term for this — coined by the advocate for drug reform Richard Cowan — is “the iron law of prohibition.” As crackdowns on a drug become more harsh, the milder forms of that drug disappear — and the most extreme strains become most widely available.

So GOP presidential candidate Carly Fiorina was right when she said during the CNN Republican debate that “the marijuana that kids are smoking today is not the same as the marijuana that Jeb Bush smoked 40 years ago.” Today’s pot is significantly richer in THC, much like hard spirits have a higher alcohol content than beer.

But using that fact as an argument against legalization misrepresents what is going on. Most cannabis smokers don’t want to get totally baked on super skunk, any more than most social drinkers want to get smashed on Smirnoff. But the milder stuff isn’t available because the market is prohibited.

The iron law is playing out to devastating effect with opiates. People who become addicted to OxyContin or Percocet want to continue using those drugs. Doctors, however, are required by law to stop prescribing these opiates if they suspect the patient is feeding an addiction, not treating physical pain. Yet when an addict tries to find his drug on the illegal market, Oxy or Percs are almost impossible to get. What is widely available, and cheaper, is a much stronger and completely outlawed opiate: heroin.

This isn’t the intention of the drug warriors, any more than champions of prohibition intended to super-charge the market for moonshine. But it is the practical effect.

So if you want drugs to be as wildly potent as possible, sticking with the war on drugs is way to go. But if you believe milder and less intoxicating drugs present less risk to us all, it’s time — at last — to end prohibition.

Source: Yes, pot is stronger today, but not for the reasons you think – LA Times