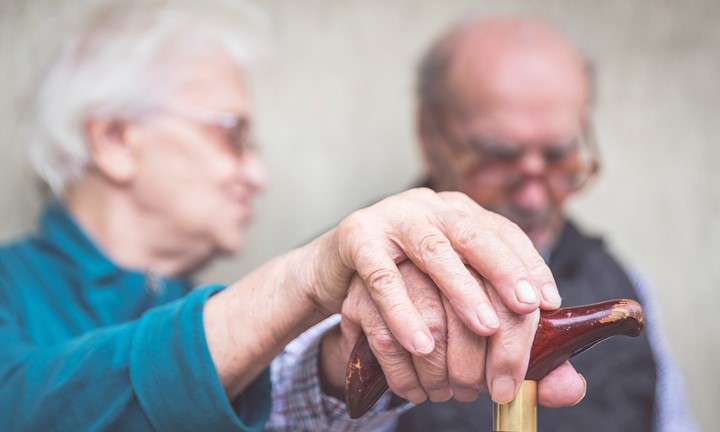 In homage to the recently gone National Alzheimer’s Day, we take a look at some of the cannabis research focusing on the role of our endocannabinoid system in neurodegenerative diseases. This post from Leafly has compiled a list of cannabis research lending hope to those affected by Alzheimer’s disease.

Today is National Alzheimer’s Day, a day dedicated to the pursuit of medical research that could one day better the lives of millions of people who are affected by this disease. If you’ve been keeping a pulse on medical marijuana studies in recent years, you’re probably already keen to the fact that cannabis compounds are demonstrating some promise in the lab.

We’re looking back at some of the research shedding light on a new avenue of medicine, one that explores the fascinating role ourendocannabinoid system plays in neurodegenerative diseases like Alzheimer’s. Looking forward, just imagine what we will accomplish once those legal barriers surrounding cannabis research are lifted on a federal level.

One of the characterizing pathological markers of Alzheimer’s is the buildup of amyloid plaques, a toxic aggregation of peptides in the neural tissue. This 2008 study published in Molecular Pharmaceutics found that THC slowed this amyloid β-peptide (Aβ) overgrowth, a discovery that was again observed in a 2014 study that appeared in Journal of Alzheimer’s Disease. The earlier authors even found a low dose of THC to be “a considerably more effective inhibitor of AChE-induced Aβ deposition than the approved drugs for Alzheimer’s disease treatment, donepezil and tacrine, which reduced Aβ aggregation by only 22% and 7%, respectively, at twice the concentration used in our studies.”

Another contributor to the development of Alzheimer’s is inflammation around these amyloid plaques. A 2006 report published in Neuroscience analyzed the role of the endocannabinoid system (ECS) in Alzheimer’s, as activation of CB1 receptor sites had an anti-inflammatory effect. Other research cited in a 2012 review reiterated its importance; one study found that mice bred without CB1 receptors experienced faster cognitive degeneration. The connection between the ECS and neurodegenerative diseases has yet to be developed in human trials, but the premise of this preliminary research alone is encouraging.

THC isn’t the only compound cannabis has to offer for Alzheimer’s research; the non-psychoactive cannabidiol – better known as CBD – has also hinted at its benefits in preventing cell death. In 2004, researchers noted CBD’s neuroprotective, anti-oxidative, and anti-apoptotic properties, thus reducing neurotoxicity caused by amyloid buildup. These phenomena were again reviewed in a 2009 report that explored promising avenues in cannabinoid therapy, including that which involves a combination of THC and CBD. Noting the synergistic potential of cannabis constituents like CBD and THC, the researchers concluded with cautious optimism:

“The great therapeutic value of CBD, either given alone or in association with THC, derives from the consideration that it represents a rare, if not unique, compound that is capable of affording neuroprotection by the combination of different types of properties (e.g., anti-glutamatergic effects, anti-inflammatory action, and antioxidant effects) that almost cover all spectra of neurotoxic mechanisms that operate in neurodegenerative disorders (excitotoxicity, inflammatory events, oxidative injury, etc.).”

So in addition to cannabis’ antioxidant, anti-inflammatory, and neuroprotective attributes, it would appear that cannabinoids may also play a role in the growth of neural tissue in the hippocampus – the area of the brain associated with memory. This mechanism known as “neurogenesis” was explored and discussed in a 2011 study, as well as in a 2007 report that observed cannabinoids “supporting the brain’s intrinsic repair mechanisms.”

5. Staving Off Other Alzheimer’s Symptoms

One of the more compelling arguments for medical marijuana is its ability to alleviate other symptoms associated with Alzheimer’s, allowing patients to live happier and more functional lives. From appetite stimulation and weight control to motor functioning and agitation reduction, the improved quality of life that cannabis may offer these patients should be enough to warrant a rescheduling of these versatile cannabinoids.

Looking back at decades of research supporting cannabis’ therapeutic benefits in not only Alzheimer’s, but in cancer, pain, epilepsy, stress disorders, sleep disorders, MS, HIV/AIDS, glaucoma, fibromyalgia, gastrointestinal disorders, arthritis, anorexia, diabetes, spasticity, it’s utterly incomprehensible to see cannabis still ranked as a Schedule 1 substance among the likes of heroin.
Cheers to all of the scientists out there making this research happen despite political obstacles and pitfalls.