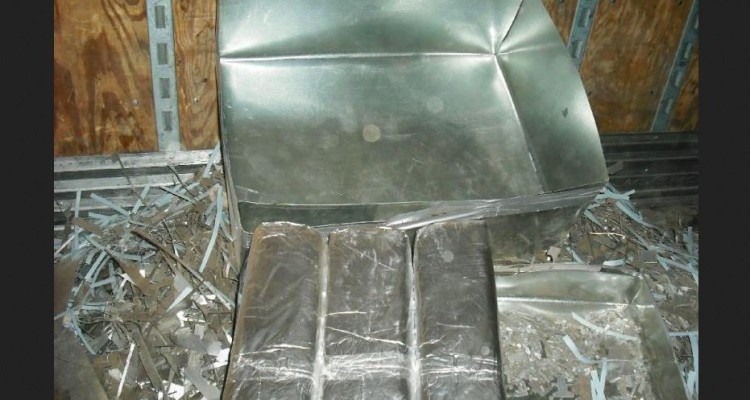 U.S. Customs and Border Protection officers stopped a scrap metal shipment and discovered cannabis worth $1 Million hidden amongst it. This post from The 420 Times reports the discovery of foil wrapped bundles of cannabis during a secondary inspection of a truck headed for the United States.

Authorities say they found 1,815 pounds of marijuana hidden in a shipment of scrap metal.

The shipment was headed for the United States at the U.S.-Mexico border’s Calexico East port of entry in Southern California, according to the U.S. Customs and Border Protection.

The find was made at 6 p.m. last Wednesday when a Kenworth truck carrying scrap metal was referred to secondary inspection at the port.

Federal authorities say the cannabis was worth $726,000.

The driver, a 39-year-old Mexican citizen from Mexicali, was turned over to U.S. Homeland Security for “further processing,” the CBP said.

The truck and trailer are now property of Uncle Sam.

“Out of the hundreds of shipments that the officers saw that day, they identified that this shipment needed to be stopped,” said Director of Field Operations for San Diego and Imperial Counties, Pete Flores. “As a result, the officers prevented almost a ton of marijuana from entering U.S. communities, and hundreds of thousands of dollars in potential profit from reaching criminal organizations.”

Source: Nearly $1 Million Worth of Weed Found in Scrap Metal