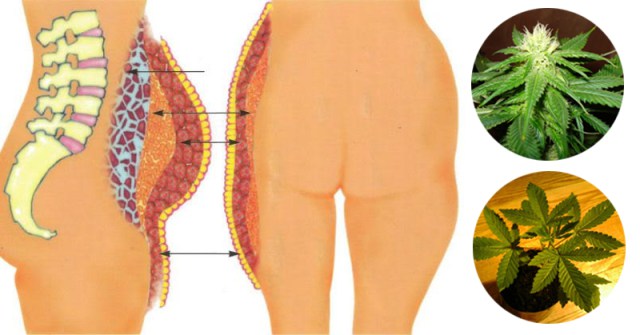 Obesity rates are significantly lower for cannabis users. This post from Private Health Care highlights how cannabis supercharges the metabolism and cuts fat cells in half.

As cannabis becomes more integrated within mainstream culture, millions are becoming more educated on the many benefits of THC and cannabinoids. Not only does cannabis consumption lower insulin resistance, but it also improves fasting insulin and facilitates metabolic function. More athletes and even those engaged in moderate recreational fitness have incredible benefits from daily consumption of the once demonized plant.

Coupled with the pain-relieving effects of both plant and human-derived cannabinoids, cannabis and exercise seem to go hand in hand if you’re looking to improve your physical health.

Insulin is a hormone made by the pancreas that allows your body to use sugar (glucose) from carbohydrates in the food that you eat for energy or to store glucose for future use. Insulin helps keeps your blood sugar level from getting too high or too low. If you consume a meal which make blood glucose levels rise quickly, insulin secretion often overshoots to compensate and the excess is stored as fat. If you have too much unused glucose in your cells, you will gain weight. If your body isn’t handling insulin properly, you may also gain weight.

A study published in the American Journal of Medicine has found that regular cannabis consumers have fasting insulin (insulin in your body before eating) levels 16% lower than non-consumers. The study also found that cannabis consumers had 17% lower insulin resistance levels and lower average waist circumferences. The researchers concluded that there were significant associations between marijuana use and smaller waist circumferences.

Some athletes swear by using marijuana or its isolated active ingredients, such as delta-9-tetrahydrocannabinol (THC) and cannabidiol (CBD) as performance-enhancing drugs, saying these substances ease anxiety and increase pain threshold so that they can push themselves during workouts.

“Marijuana relaxes me and allows me to go into a controlled, meditational place,” Drusinsky told Men’s Journal. “When I get high, I train smarter and focus on form.”

Researchers say that marijuana has an anti-inflammatory effect and that the chemical compounds that come from weed might mimic the body’s natural endorphins, which could help increase our pain threshold like a natural runner’s high and make it easier to push through a tough workout.

Perhaps as a coping mechanism for easing pain, the body naturally produces its own cannabinoids during exercise. In the aforementioned study, researchers found that human-produced cannabinoids increase as you exercise, causing you to feel a little “high.”

It’s not news to the medical community that the human body stores tetrahydrocannabidiol (THC), the main psychoactive in cannabis, in fat. However, a study put out this August in Drug and Alcohol Dependence has shown that this storage process can give exercisers an extra boost, even up to 28 days after consumption.

As the body begins to burn off fat, small amounts of THC are released back into the bloodstream, producing an effect similar to consuming a small amount of cannabis. THC blood levels increased by approximately 15% immediately after moderate exercise, yet this increase was no longer present two hours after the workout.

Researchers discovered that engaging in exercise can provide you with a stronger buzz and increase the potency of the marijuana. The fact is that working out for just a half hour will trigger an additional stronger high for marijuana users.

This study also showed a correlation between THC release and BMI. The greater the BMI, the greater the increase in THC reintroduced to the body.

In a 2003 study, researchers uncovered the truth that marijuana and exercise both activate the same endocannabinoid system in the brain.

As a group of lipids, fats, and cell receptors that THC bind to when smoking weed, the endocannabinoid system plays a prominent role in the neurological system for maintaining homeostasis for overall human health. In short, the endocannabinoid system is responsible for easing our pain, controlling our appetite, relieving our stress, influencing our mood, and even regulating our memory. In order to help our body cope with pain from rigorous physical activity, our brain will naturally produce its own version of cannabinoids to stimulate this system during exercise. Just like taking a hit of marijuana, the natural cannabinoids will begin to circulate through the endocannabinoid system when you exercise to produce a high.

Peak blood concentrations of cannabinoids occur in 3-8 minutes after you inhale, as opposed to 60-90 minutes after you eat a weed- or oil-containing edible, with neural effects beginning after 20 minutes and maximizing within a range of 2-4 hours.

A 2013 adjusted epidemiological study showed that obesity rates are significantly lower for all groups of cannabis users (inclusive of gender and age) compared to those who had not used cannabis in the last 12 months.

The lower Body Mass Index (BMI) of pot-smokers may be explained by an adaptive down-regulation of brain endocannabinoid signaling. While acute THC stimulates appetite, the repeated stimulation of CB1 receptors by THC decreases receptor expression and sensitivity, and long-term stimulation may result in antagonistic rather than agonistic triggering of CB1 receptors, which would dampen hunger signals.

Furthermore, CBD and another component of marijuana, tetrahydrocannabivarin (THCV), may reduce body weight, as animal models of obesity have shown THCV to increase metabolism of fat cells. But before you get excited that marijuana may burn fat, please realize that very few strains on the market have significant levels of THCV, so do your research (such as these four strains of skinny-pot that won’t bring out the munchies).