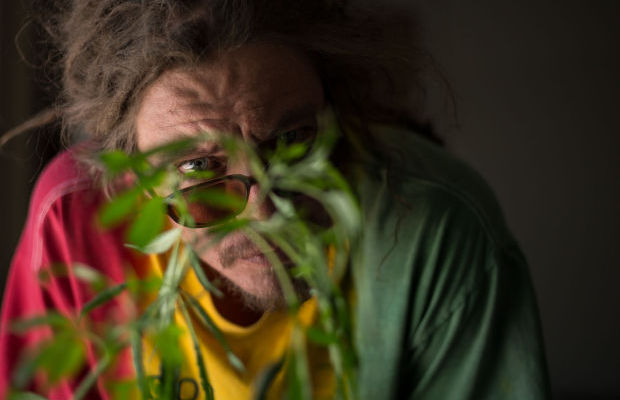 A marijuana church in Colorado has opened a cannabis museum to give everyone unbiased information and counter the propaganda spread by marijuana opponents. This post from Star Tribune turns the spot light on Reverend Brandon Baker and the cannabis museum he’s opening.

The Rev. Brandon Baker held in his hands two cannabis plants, one industrial hemp and the other marijuana.

They looked similar to the untrained eye, but Baker said the easiest way to spot the difference are the sparkly crystals in the marijuana plant. Industrial hemp doesn’t have them.

Most of the tetrahydrocannabinol, or THC, the psychoactive component of marijuana, is in the crystals, he said.

Baker is a minister who wears long dread locks and tie dye rather than a black shirt and white collar. He and his church, Greenfaith Ministry, have opened a cannabis museum on the Colorado side of the border with Wyoming. LaMay’s Cannabis Museum sits along U.S. 85., known in Cheyenne as the South Greeley Highway, in the former Stateline Oasis, which sold Colorado Lottery tickets until closing recently.

“I left their sign up because we’re still considering it the Stateline Oasis,” Baker said. “Anywhere there’s church property, we have a cannabis sanctuary.”

The museum opened in August, at the same time as medical reform supporters in Wyoming were collecting signatures for a 2016 ballot initiative that would legalize medical marijuana and industrial hemp.

With the museum, Baker aims to counter what he called propaganda spread by marijuana opponents.

On the other side of the border, Gov. Matt Mead, a former federal prosecutor who opposes legalization, has created the Governor’s Marijuana Impact Assessment Council with similar stated purposes, to accurately inform the public on the research on marijuana’s benefits.

“The voters of Wyoming deserve accurate info & a fair look at the pros & cons,” Mead said on Twitter this summer.

The driveway to the museum is on the west side of the highway, next to a sign that says, “Welcome to Colorful Colorado.” Below that is a hand-painted sign: “Hemp Farm: Drinks and Snacks INFO.”

About five to 10 people stop by the museum each day, Baker said.

In addition to learning about the differences between marijuana and industrial hemp, museum visitors can also view a collection of hemp seeds, which Baker said come from as far away as China, Slovakia and Lithuania. People can touch and handle the seeds.

Hanging on the wall are newspaper clippings containing the latest on Wyoming’s marijuana debate. Near them, Colorado state handouts explain edible products, the places where people can legally consume the drug and the law on driving under the influence of marijuana.

“As people come over the border (to Colorado) or go into a non-friendly state, we let them know of what they can’t take over there,” Baker said. “And we let these people know what they can take back. We’re going to become an actual tourist information spot.”

There are displays of the history of cannabis in Wyoming and Colorado. Baker and Greenfaith Ministry received the displays from Cannabis University Inc. — described as the “Harvard of pot schools” by one Denver publication.

Out back is a disc golf course and two goats.

When church members plant industrial hemp on the museum site next year, they will feed the goats parts of the plant. The goats will produce cannabidiol-infused milk. Cannabidiol is an active component in hemp that many believe contains medical benefits for seizures and other ailments.

There’s one thing visitors can’t do in the main parts of the museum: light up.

“We have a private area so if people have non-hemp stuff and they want to use it or whatever, they can go to a sealed off area,” Baker said.

Baker, 37, was born on F.E. Warren Air Force Base in Cheyenne. He attended East High in Cheyenne but graduated from high school in Texas because he had run into trouble with the law.

“I was into marijuana and Wyoming wasn’t,” he said.

“They had the peyote ceremony and our Native American Church strictly had the cannabis ceremony,” he said. “Cannabis is more or less our food and our sacrament. I’ve done the whole peyote church and everything. It’s just a little too intense for most of society, I think.”

He started Greenfaith Ministry as an independent church in Cheyenne in 2006.

Baker recalled how he stood out in Wyoming for wearing a colorful Rasta-themed tie and a head covering.

“I was born on the Air Force base there and people would ask me, ‘What’s that about?’ And I’d tell them, ‘You know, it’s like Rasta representation,’” he said. “And they’d be like, ‘Well, welcome to America’. And I’d be like, What? It’s a freakin’ religion. Not a freakin’ ethnicity or freakin’ country, you know?”

Baker later moved to Nunn, Colorado, a town 30 miles south of Cheyenne, because he and his wife found an inexpensive home to purchase. Greenfaith Ministry is also based in the small, agricultural town.

On Saturdays, Baker leads services. Marijuana is smoked at church as a part of prayer, he said.

“Whatever you’re thinking, the smoke, once it leaves your lungs, it carries your prayer up to the Almighty,” he said. “We tell people to be careful what they’re thinking while they’re smoking because your words and thoughts are carried up.”

At the museum is a wall hanging that contains scriptures church members believe refer to cannabis. One is Genesis Chapter 1, Verse 29: And I have given you an herb-bearing seed.

Baker doesn’t mind if people call their creator Allah, God or Jah. But he wants them to be spiritual. The church, which is funded through donations from members, performs charitable works, providing food to low-income people and free cannabis oil to the sick, he said.

Religion aside, the museum is set up to educate visitors, Baker said. Many of them, given the close proximity to the Cowboy State, will be Wyomingites.

Baker is planning a “family-friendly” harvest festival over Halloween weekend, beginning the afternoon of Oct. 30, at the museum. It will serve as a grand-opening event for the museum, he said.

There will be activities for children. People will be able to learn about cannabis and see the goats.

“This place is open to the public,” he said. “We’re here to educate everyone. With no THC in this area and being private, we’re fine with educating everyone.”