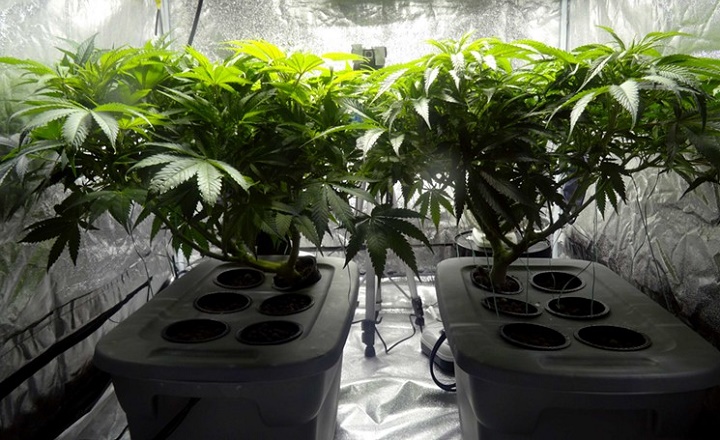 Some cannabis concentrates and oils have been found to be contaminated with pesticides. This post from L.A. Weekly highlights the problem of cannabis laced with toxic chemicals!

Weed vapes have a pesticide problem. Think you’re vaping pure cannabis oil? Think again. Some oils and concentrates that get tested have turned out to be contaminated with toxic chemicals.

“This is really nasty stuff,” says Adam Lustig, CEO and founder of Higher Vision Cannabis, which specializes in a signature oil. “The amount of damage to someone’s health you can do with pesticides is huge.” Some cannabis farmers in California spray their plants with chemicals like avermectin (used in Avid insecticide), myclobutanil (used in Eagle 20 pesticide) and bifenazate (used in Floramite). Exposure to these chemicals has been proven toxic or even carcinogenic, resulting in symptoms including vomiting, rash, nosebleed, tremors and coma.

There are no statewide regulations limiting the pesticides cultivators use on their crop. Only in the city of Berkeley do concentrates have to meet a stringent standard for the amount of pesticide, in parts per billion, that’s allowed to show up in testing.

Some of the pesticides pot farmers spray aren’t even approved for use on food, says Lustig, illustrating how dangerous they could be on other ingested crops like cannabis. “It’s like the dirty secret of the industry is finally coming out,” he says.

In some cases, up to 80 percent of concentrates that get tested show signs of pesticides, according to SC Labs. On cannabis flowers, pesticide detection rates range between 5 and 15 percent, according to Alec Dixon, SC Labs co-founder. “When we start talking about these extracts, anything that was there in tiny amounts substantially concentrates and becomes present,” he says. “In certain types of extracts, we see anywhere from 25 to 30 percent detection rate, but if you’re talking about higher-tech extract with CO2, butane and distillation, we see 50 to 75 percent.”

Whether they grow indoors, outdoors or in a greenhouse, cannabis farmers have to combat invasive pest species, spider mites, plant pathogens, fungi, powdery mildew and other threats to their crop. “A lot of people that are really well-intentioned spray these pesticides,” Dixon says. “[The pesticides] have a residual life on the plant, and it all comes out in the concentrates.” Even if the pesticides won’t show up on the plant itself, by the time harvest comes around they’ll come back in the concentrate process, during which trace amounts are magnified.

The presence of pesticide traces alone won’t mean that a concentrate fails the pesticide test, however. “By failing, we need to make sure we understand what that means,” says Dave Eagerton, vice president of technical services at CW Analytical, another cannabis testing lab. “In our context, that means anything above 100 parts per billion, and that’s according to the standard set by the city of Berkeley. But there’s no real agreement in regard to the appropriate limit.”

Berkeley’s standard for what dispensaries can sell is much more strict than state regulations in places such as Oregon or Colorado, which all have defined various limits for pesticides. “They can be anywhere from 100 parts per billion to 2,000 parts per billion, depending on which compound you’re talking about,” Eagerton says.

“The fact that we don’t have regulations in place means that people can produce and sell without having to test out of a dispensary,” says Reggie Gaudino, vice president of scientific operations and director of intellectual property at Steep Hill Labs. “In a regulated market, the product flows from cultivator to testing lab, and if it passes, it goes to the dispensary. That’s how the flow should go, but it doesn’t right now in California.” Currently, lawmakers are working out regulations for the adult use and medical markets that should be in place by 2018.

Nonetheless, there are alternatives to pesticides that farmers can start to experiment with, if they haven’t already. Garlic oil, cinnamon oil and natural terpenes (aromatic molecules) that act as antimicrobials and antifungals are among a number of natural alternatives, Gaudino suggests. Some farmers have turned to fungi pesticides, which attract the insects who die upon eating the mushroom.

“Right now it’s like the Wild West — you consume at your own risk,” says Doug Hitman, owner and founder of Chalice Festival, Happy Place Festival and Hitman Glass. “If my grandmother was sick and knowing that marijuana is a medicine, after seeing the [pesticide] test, I wouldn’t give that to someone I love.” In the most recent competition at Happy Place Fest, a cannabis festival in Victorville, 80 percent of the cartridges failed pesticide testing, Hitman says. “The real problem is the nonregulation of this. There’s more hazardous stuff out there than not. And out of all those people who failed, none of them were conscious of it being unhealthy.”

Source: Cannabis Concentrates Have a Problem with Pesticides | L.A. Weekly