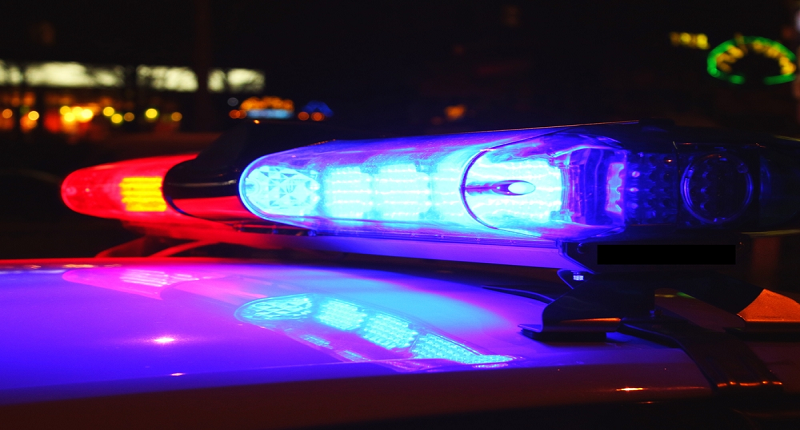 There’s a reason why police deceive people into waiving their rights while making marijuana arrests, but you can beat them! This post from Raw Story reminds you of your constitutional rights when a law enforcement officer stops you.

According to the ACLU, marijuana arrests account for over half of all drug arrests—and 88% of those charges are for simple possession. Because of decades-old grant programs, local precincts are showered with money from the federal government if they keep their arrest numbers high. Police have a built-in financial incentive to focus their arrests on low-level drug offenders to fatten their statistics, especially because these are some of the easiest arrests to make. This is a major reason why marijuana arrest rates have gone up in recent years, and why they make up the majority of all drug detentions nationally.

If you’re a cannabis aficionado who chooses to indulge in the herb, you’re a walking dollar sign to the police. Your arrest can directly lead to more bullets, armor, assault rifles and other toys, and may even be used to justify higher wages. You’re more useful to them imprisoned or cited than free, and they will try their hardest to manipulate you into giving them a reason to take you in. They can even make false threats to trick you into waiving your rights.

What follows are the four most common ways police deceive people into incriminating themselves for marijuana possession. Heed these warnings and remember the advice so you can avoid giving the cops a reason to arrest you.

Although our laws are meant to protect everyone equally, some police treat people differently based on a number of factors, particularly race. The ACLU reported last summer that blacks are almost four times as likely as whites to be arrested for marijuana possession. Other activist groups have found that law enforcement officers kill one black American roughly every 28 hours. Should you choose to invoke any of the rights detailed below, you must do so while remaining hyperaware of how you are perceived by police based on your race and other class-indicative factors, and then proceed with caution. Unfortunately, that’s nothing new for people of color.

If a cop simply stops and pummels you with questions, he has no right to force you to stick around and answer. In fact, if you’re carrying a bit of bud on you, your best bet for avoiding trouble is to use your constitutional right to silence. Here’s what I mean.

Let’s say you just bought an eighth of deliciously fresh green shimmering with sticky trichomes. You’re walking to a friend’s house for some communal smoking when suddenly a young police officer stops you to ask some questions—just the standard inquiries: Who are you, where are you going, where are you coming from, etc.

You think, “Shit! I’m screwed! But maybe if I’m really nice, he/she will let me go.”

You decide to blab away in an overly polite tone under the delusion that he/she isn’t aware of your charm offensive. You notice your tactic isn’t working, and out of nervousness you begin stammering and giving inconsistent answers—which are cause for reasonable suspicion. The cop then decides to search you, finding your weed and brandishing it in the open, which gives him/her the right to arrest you for having pot in “public view.” You’re cuffed, shunted off to jail and stuck with a petty possession charge.

To avoid such a sour experience, Flex Your Rights recommends that if an officer stops you, you should always ask from the very start, “Officer, are you detaining me or am I free to go?” If the officer says you can go, you can continue on your way. If he/she gives a vague answer or continues to ask questions, continue repeating the magic words until he/she relents.

“If the officer says something like, ‘You’re not being detained. I just want to talk to you,’ then you are free to end the conversation and leave immediately, [without] wait[ing] for the officer to kindly dismiss you,” says Steve Silverman, executive director of Flex Your Rights.

If an officer tells you that you are being detained, that means you’re under arrest, in which case you should definitely inform him/her that you are choosing to stay silent; perhaps you can say something like, “I’m going to remain silent. I would like to see a lawyer.” Because you can be damned sure that anything you say can and will be used against you in a court of law.

Also, DO NOT run away or trash-talk the cop. These are always causes for reasonable suspicion. Do your best to stay cool.

“The most powerful trick police use to make marijuana arrests on the street is to ask citizens to empty their pockets. Of course, this ‘ask’ generally sounds like a command when police shout, ‘What’s in your pockets? What do you got?’ Silverman of Flex Your Rights says. He also says the vast majority of people stopped will comply with a search regardless of what they have on them out of intimidation or confusion.

“Unless police feel a hard item during a pat-down that could be a weapon, they are not legally allowed to reach into your pockets,” he added.

Your right to refuse a search is expressly noted in the Fourth Amendment, which guards against “unreasonable searches and seizures” by the state. As with refusing to answer a nosy officer’s questions, you are legally within your rights to say no to a physical search unless the officer has a warrant.

“If the police say they have a search warrant, ask to see it. If they don’t, say ‘I do not consent to this search,’” advises the New York City Civil Liberties Union website. An officer may still illegally search you even if you say no, but at least you’ll protect your rights if you have to go to court.

3. Consenting to a vehicle search. This one follows the same legal guidelines of refusing a body search: unless the officer has a warrant, you do not need to give him/her permission to search your car. Calmly inform him/her that you are aware of your rights and that he/she cannot search your vehicle.

However, an officer can still order you out of your car if he/she wishes to do so, and you should comply if they do. Once you are out of the vehicle, the officer may threaten you with false consequences if you continue to refuse a search.

“Beware that police can legally lie to you, so never let false threats or promises trick you into waving your rights,” says Judge William Murphy, a civil liberties advocate.

Once again, if the cop has no warrant or reasonable suspicion to search your vehicle, say the magic words: “Officer, are you detaining me or am I free to go?” Theoretically, he/she would then either give you a traffic citation and leave or just let you go on your way. However, experience has shown that officers sometimes become aggressive or even violent when a person denies a search. All you can really do in that situation is keep calm and continue to shield yourself from judicial damnation by asserting your lawfully guaranteed right to refuse a search.

4. Letting the police enter your home. Without a warrant, you never have to open your door for police. No matter how hard they bang or how many times they smash their pointer against your doorbell, you can leave them out in the cold. Just say no.

Someone should have told that to former UNC basketball player Will Graves before he willfully allowed police to enter his coach’s home last December, which the athlete was renting while he completed his studies. When the cops came snooping at his door on a tip from a meter reader at a utility company, Graves allowed the cops to enter (probably out of fear), and for his courteousness he was cited (fortunately not arrested) for being in possession of a couple of blunts, a grinder and a handful of pot seeds.

Regardless of how unnatural or frightening (exhilarating?) it feels, always say no to a cop who is trying to get into your home without a warrant. You wouldn’t let a stranger in, and that’s exactly what a cop is.

Caveat: One way cops can claim to have “reasonable suspicion” to search your body, car or home is to say they smell marijuana. This is a difficult assertion to guard against because it’s your word against theirs. More than a few people have gone down after a search because a cop claimed to catch a whiff of weed. The “smell” provision overwhelmingly favors the police in most drug cases.

Here’s what Flex Your Rights says about the matter:

“If police say they smell marijuana…[a]ll you can really do is say, ‘Officer, I have nothing to hide, but I don’t consent to any searches.’ If they search you anyway and something is found, you’ll need an attorney to help you fight the charges. Unfortunately, police sometimes use tricks like this to circumvent your constitutional rights and there’s no perfect way to handle the situation. Of course, they are most likely to do this if they are suspicious of you for some reason, so do your best to stay calm.”

Source: 4 tricks cops use to bust you for pot — and how you can beat them