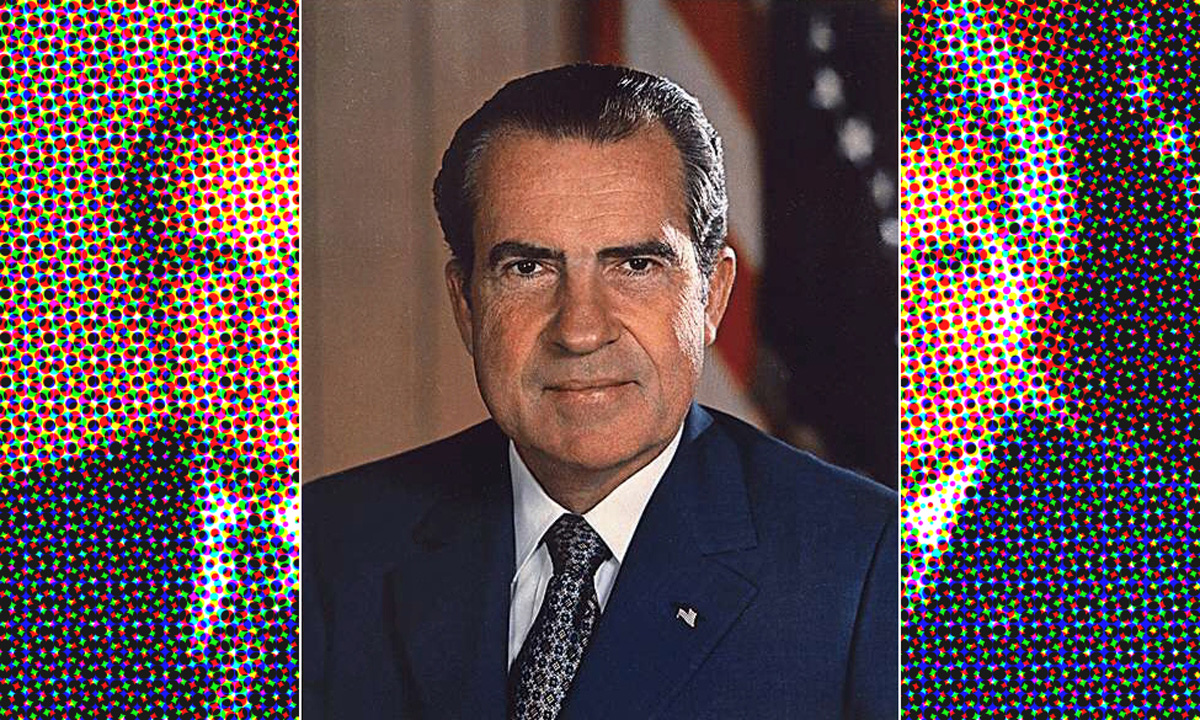 Congress believes marijuana is the same as heroin and meth, and this ridiculous idea is the fault of the CSA (Controlled Substances Act.) But this post from The Fresh Toast wonders why the congress is trying to dupe the public.

Earlier this week, Congressman Tom Garrett, a Republican freshman from Virginia, introduced legislation aimed at federally decriminalizing marijuana. The bill — “Ending Federal Marijuana Prohibition Act of 2017”  — would take marijuana off the federal controlled substances list,  joining other industries such as alcohol and tobacco instead of heroin and meth.

“I have long believed justice that isn’t blind, isn’t justice. Statistics indicate that minor narcotics crimes disproportionately hurt areas of lower socio-economic status and what I find most troubling is that we continue to keep laws on the books that we do not enforce,” Garrett said in a statement.

Hawaii Congresswoman Tulsi Gabbard is the lead co-sponsor on this bipartisan bill.

The proposed legislation is identical to the bill introduced in 2015 by Sen. Bernie Sanders, which failed to even get a hearing.

Before we get into why Garrett proposed the legislation, it’s worth reviewing the basics of the Controlled Substances Act of 1970 and why marijuana is classified as a Schedule I drug —the highest tier that includes heroin. According to the federal government, Schedule I drugs have a “high potential for abuse” and “no medically accepted use.”

Here is what you need to know about the CSA and the scheduling of marijuana:

How Did This Happen?

It all started in 1970. Congress passed the Controlled Substance Act, which was immediately signed by President Richard Nixon, who felt strongly that marijuana use was tearing the fabric of the nation. He associated marijuana users with hippies and anti-war protesters.  The act established five schedules — or categories — by which all drugs would be classified.

The inclusion of cannabis as Schedule I was supposed to be temporary, subject to review by a commission that would recommend a categorization based on science.

Two years later, the blue-ribbon commission’s recommendation was in. The National Commission on Marihuana and Drug Abuse issued two substantial reports: Marihuana: A Signal In Misunderstanding and Drug Use in America: Problem in Perspective.

The commission concluded that marijuana was not a serious threat to public health and recommended changes to the scheduling. In fact, the so-called Shafer Commission — named after the Raymond Shafer, the chairman of the panel and former Pennsylvania governor — recommended that small amounts of cannabis should be legal to possess. The report stated:

“The criminal law is too harsh a tool to apply to personal possession even in the effort to discourage use.  It implies an overwhelming indictment of the behavior which we believe is not appropriate. The actual and potential harm of use of the drug is not great enough to justify intrusion by the criminal law into private behavior, a step which our society takes only with the greatest reluctance. … Therefore, the Commission recommends … [that the] possession of marijuana for personal use no longer be an offense.”

Nixon, who hand-picked all 13 member of the Shafer Commission, ignored its recommendation.

Side note: Cocaine and methamphetamine, opium and other clearly more dangerous drugs fall under Schedule II.

What About Medical Marijuana?

Yes, what about the medicinal use of an herb that the federal government states no medically accepted use.” Twenty-eight states disagree and have passed legislation that allows for the medical marijuana programs.

Even more head-scratching is this: In 2003, the U.S. Department of Health and Human Services received U.S. Patent No. 6,630,507. The patent clearly states that the compounds found in cannabis act as antioxidants and neuroprotectants. The patent summary states:

Cannabinoids have been found to have antioxidant properties, unrelated to NMDA receptor antagonism. This new found property makes cannabinoids useful in the treatment and prophylaxis of wide variety of oxidation associated diseases, such as ischemic, age-related, inflammatory and autoimmune diseases. The cannabinoids are found to have particular application as neuroprotectants, for example in limiting neurological damage following ischemic insults, such as stroke and trauma, or in the treatment of neurodegenerative diseases, such as Alzheimer’s disease, Parkinson’s disease and HIV dementia.

Since all states are not required to keep data on patients using medical marijuana, it is unclear how many Americans are using the plant for health reasons. One national estimate claims the number to be 2.6 million. According to a recent study by the Pew Research Center estimates:

Nearly half (49 percent) of Americans say they have tried marijuana, and 12 percent in the past year, which the 2012 National Survey on Drug Use and Health says is the most commonly used illicit drug in the U.S. The government survey showed that 18.9 million Americans 12 or older (7.3 percent) had used marijuana in the prior month.

The Pew report does not differentiate between medical use and other use.

Cannabidiol, or CBD, is a non-psychoactive substance found in the cannabis plant. It has no effect on brain function and is proven to be an antioxidant and neuroprotectant. Are CBD-only medications legal? Nope. Inexplicably, even cannabis devoid of THC, the psychoactive ingredient in marijuana, is considered by the federal government to be Schedule I.

The DEA announced in December that cannabis extracts, including CBD, fall under Schedule I.

So, What About Rescheduling?

It is unlikely that the federal government will do anything soon to change the status of cannabis, despite the fact that more Americans live in states that approve of medical marijuana than states that don’t.

Rescheduling could be achieved via Congress, or through the executive branch. Congress thus far has rejected all bills to reschedule. There is also a provision in the CSA that allows the attorney general the latitude to reschedule administratively.

As mentioned at the top of this article, Congressman Garrett has introduced legislation. But that is seen by most political experts as a symbolic gesture. Just last year, the DEA rejected a call to reschedule.

The first attempt to reschedule occurred in 1972, the same year the act went into effect. NORML petitioned the federal government to move cannabis to Schedule II.

There have been numerous other attempts over the years and all have been unsuccessful.

Note: The 2016 platform of the Democratic Party called for removal of marijuana from Schedule I, “providing a reasoned pathway for future legalization” of marijuana.

Source: Here Is Why Congress Believes Marijuana Is The Same As Heroin And Meth