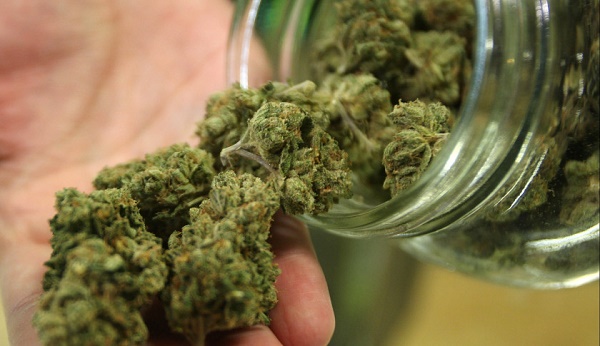 The DEA, having earlier said it would “never” happen, just approved smoking weed legally. This post from Fortune reports how DEA’s approval is a critical step forward in PTSD marijuana research.

The unofficial pot-smoking holiday of April 20 may be over, but marijuana advocates got another reason to celebrate on Thursday. The U.S. Drug Enforcement Administration for the first time approved smoking marijuana as legitimate medical research.

The DEA green-lit a clinical trial of smoked marijuana for the treatment of post-traumatic stress disorder (PTSD) in American military veterans, a spokesperson for the government agency confirmed to Fortune. While other trials have studied the medical benefits of marijuana and cannabis extracts like cannabidiol, this is the first time regulators have allowed testing of the marijuana plant itself for the purpose of developing it into a legal medical drug.

The Multidisciplinary Association for Psychedelic Studies (MAPS), an organization researching legal uses for marijuana and other mind-altering drugs, is conducting the trial, which is funded by a $2.2 million grant from Colorado’s state health department. MAPS had worked for more than five years to obtain clearance from regulators to use pot in the trial; while it received the OK from the U.S. Food and Drug Administration in 2011 and from the U.S. Public Health Service in 2014, it still had to wait for the DEA’s approval in order to proceed.

The DEA’s decision marks a major shift in policy for the agency, which has long resisted the legalization of marijuana for medical or recreational purposes, and has also denied the medicinal potential of pot. Just six months ago in November, DEA head Chuck Rosenberg dismissed the concept of medical marijuana as “a joke,” according to CBS News. “What really bothers me is the notion that marijuana is also medicinal—because it’s not,” he said. “If you talk about smoking the leaf of marijuana—which is what people are talking about when they talk about medicinal marijuana—it has never been shown to be safe or effective as a medicine.”

Since then, however, the DEA has apparently had a change of heart, indicating earlier this month that it is considering whether to reclassify marijuana from its current category—the same one as heroin and LSD—into a lower one alongside less dangerous drugs. So far, DEA has not rejected any research studies involving marijuana products that met FDA standards, the agency’s spokesperson added. To date, 24 states have legalized the use of medical marijuana, but the DEA still considers weed illegal on a federal level.

Source: The DEA OK’ed Smoking Marijuana in Clinical Trials For the First Time