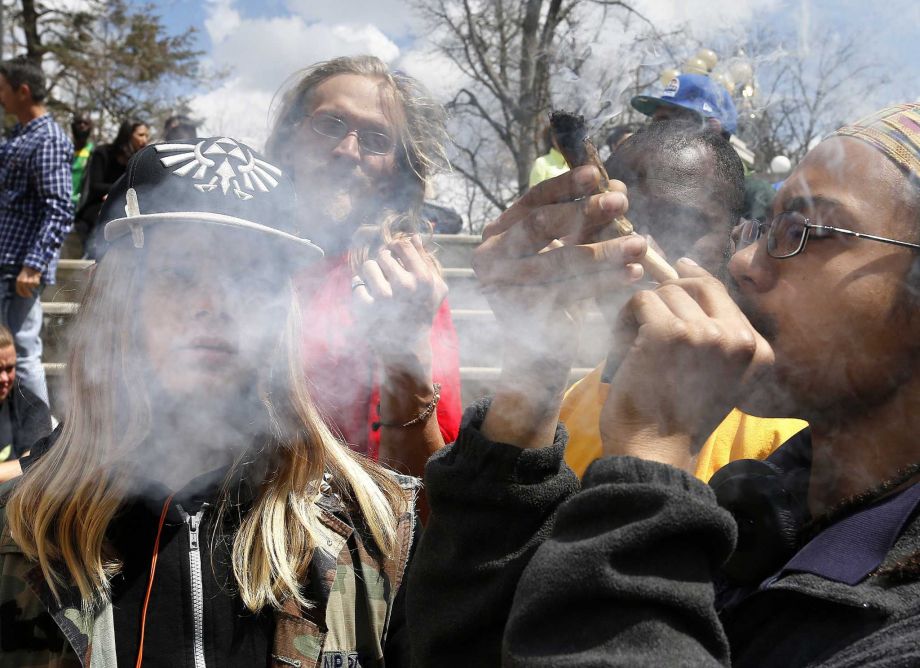 In this post from SFGate, Kristen Wyatt reports that a petition drive has been launched in Denver to allow marijuana consumption in bars and over-21 clubs.

A campaign is underway to ask Denver voters about allowing marijuana consumption in bars and other places that only allow people over 21.

Activists who campaigned for recreational pot legalization in Colorado have launched a petition drive to allow what they call “limited social marijuana consumption” at bars.

The activists need about 5,000 signatures to get the question on November ballots.

It would allow bars or clubs to allow marijuana use as long as patrons bring their own weed and comply with clean-air laws. That means the pot they consume would have to be edible, or if smoked, consumed on an outside patio the way cigarette smoking is regulated now. Outdoor smoking sites would have to be shielded from public view.

“Marijuana’s now a legal product for adults in Denver, and it’s really time that we give adults a place to use it legally and socially,” said Mason Tvert, who ran Colorado’s 2012 campaign to legalize recreational pot. “We shouldn’t be requiring that you sit at home if you choose to use marijuana as an adult.”

Colorado law prohibits recreational pot consumption “openly and publicly or in a manner that endangers others.” It does not, however, bar against consumption in private over-21 clubs. The Denver measure would clarify what counts as a private club.

Marijuana dispensaries are banned from allowing on-site use of the products they sell, and from selling alcohol or food that doesn’t contain pot. The Denver proposal would allow only bring-your-own consumption.

Denver wouldn’t be the first city to allow marijuana in bars. Pueblo and Nederland have city statutes allowing limited on-site consumption at over-21 clubs.

And Colorado Springs, the state’s second-largest city, has several marijuana clubs that are tolerated if not specifically allowed by statute. Colorado Springs Mayor John Suthers has told the City Council that he plans to seek regulations on the clubs, The Gazette newspaper reported Saturday.

The Denver petition comes after that City Council rejected pot-friendly bars. Denver has several underground clubs where patrons use marijuana for a joining fee, but the city has intermittently arrested people for public consumption at those clubs.

The raids and arrests leave tourists with nowhere to legally consume pot they’ve bought, argued supporters of the ballot measure. Among the supporters is Jane West, an events promoter who last year arranged a “Classically Cannabis” concert with the Colorado Symphony Orchestra.

The city threatened to block the concert, citing public consumption laws. The Symphony rebranded the concerts as private bring-your-own-cannabis fundraisers, and the city dropped its objections.

West was convicted of a misdemeanor for organizing a separate cannabis-friendly event last year, a brunch at a bakery.

“An eight-person SWAT team descended on the event and shut down the brunch,” West said.

West became one of the first to sign the Denver petition.

The petitions are due by early August.

via Denver campaign would allow marijuana use in bars – SFGate.