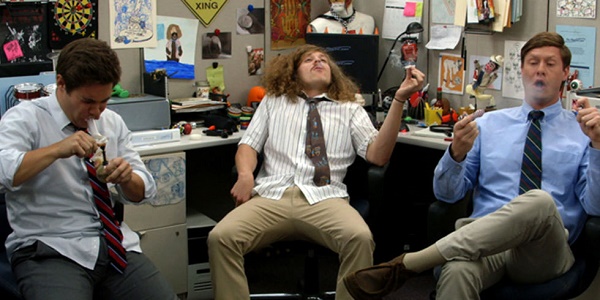 Most people can use marijuana without becoming addicted. Marijuana addiction may be very rare, but it is for real. This post from Esquire presents the facts, as best as science knows them.

Yes, marijuana addiction exists, and it might have a lot to do with our genes. According to Time, researchers have singled out specific genes associated with pot addiction, giving us an important biological clue to understanding the condition.

Which leads us to ask: What exactly does it mean to be addicted to marijuana?

First, understand that addiction is not dependence.

Marijuana addiction stems from marijuana dependence, but according to the National Institute on Drug Abuse, they are not the same thing. When a dependent smoker doesn’t get enough pot, he or she experiences withdrawal symptoms like cravings and inability to sleep—relatively minor symptoms compared to the shakes associated with alcohol withdrawal or the depression associated with cocaine withdrawal. In a portion of those dependent marijuana users, dependence becomes addiction, which means a user cannot stop using despite the drug negatively interfering in his or her life.

The commonly cited statistic is 9 percent, meaning only 9 percent of marijuana users become addicted to the drug. Most people aren’t addicted to, or even dependent on, marijuana. Think of it like alcohol: You are (hopefully) more likely to drink in moderation (out on weekends, happy hour beers, a glass of wine with dinner, etc.). Your life progresses with or without a drink in hand, just as it progresses with or without a joint in hand.

The Truth About Depression

A reported 90 percent of marijuana addicts also suffer from a psychiatric condition or other addictions, which takes us back to the newest research. In addition to pinpointing the genes linked with pot addiction, the researchers also found that some with those genes were more prone to depression and schizophrenia.

Basically, it could all come down to biology; either you have the genes or you don’t. But with this new research, pinpointing—and treating—marijuana addiction could become easier. Until then, everything, like always, in moderation.