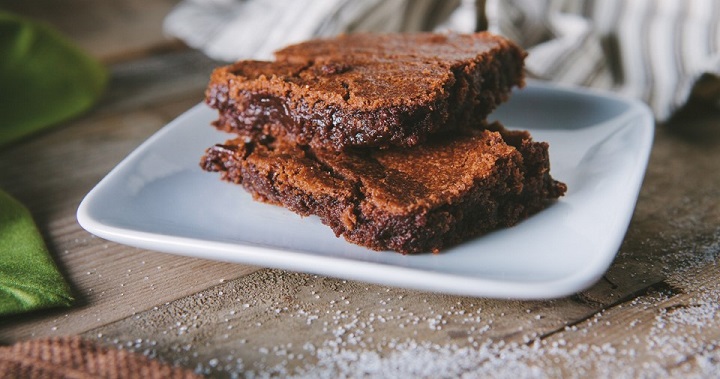 Accurately dosing your homemade cannabis edibles is harder than you think. This post from Leafly explains why it’s nearly impossible to calculate the potency of cannabis edibles.

Leafly turned March Madness into an excuse to determine the best cannabis-infused brownie of all time. Eight recipes were pitted against each other in our Pot Brownie Bracketology project, and ultimately a winner was crowned(seriously, you must make these brownies).

In our competition, each brownie recipe called for varying amounts of cannabutter, cannaoil, or in one case, ground, raw cannabis flower (bold move, Batali), so once the brownies were baked, we set out to calculate the potency of each batch. This, it turns out, is easier in theory than in practice.

Why Our Cannabutter Potency Calculations Were Wrong

Our initial thought process was this: first, determine the potency of the flower that will be used in creating the cannabutter or cannaoil. We used three different strains, each with a different level of THC, so we averaged the three to get an estimated average potency for all of the flower combined: in our case, 18.9%. That percentage represents the proportion of the cannabis’s dry weight that is THC, so we multiplied by our total cannabis dry weight and converted from grams to milligrams to get the the total amount of THC available to be extracted into the cannabutter.

Since we used six cups of butter, we divided this number by six to get (we thought) the average milligrams of THC per cup of cannabutter. Based on how much cannabutter was in each brownie recipe, we then divided this by the number of brownies each batch yielded to determine the final serving size – and knew there had to be a mistake. According to our calculations, each cup of our cannabutter should have had 2,646mg of THC, so a batch of brownies that called for one cup of cannabutter in the recipe and was cut into 12 pieces would theoretically have had over 220mg of THC per brownie. Our strongest batch should have clocked in at a whopping 400mg per brownie – 40 times the recommended recreational dose.

We immediately panicked – had we just made brownies with up to 40 times the recommended recreational dosage of THC? This seemed impossible given that our 1oz-to-1lb ratio of cannabis flower to butter is standard across several leading industry publications. So we got in touch with Dr. Kymron deCesare, chief research officer at comprehensive cannabis testing facility Steep Hill Labs, to figure out what was going on. We were very relieved to find that our calculations were inaccurate.

“This is a very tough and complicated conversation,” says deCesare. “The reason is because you are mixing apples and oranges in your procedures, each one contributing an error. Once you multiply all the potential errors together, it’s very difficult to figure out which errors become the major contributors to your issues.” In particular, she notes that “because of the excessive amount of time required to extract, we normally see a lot of damage done to the primary drugs of interest,” including THC, CBD and various terpenes.

DeCesare explains that due to the difficulty of getting an accurate analysis, licensed edibles producers generally test at multiple stages. First, they test the cannabis flowers to be used in the production run. This initial analysis provides an estimate of how much of each cannabinoid and terpene is available for extraction. Subsequent testing of the extract determines how effective the extraction process actually was. Finally, testing of the spent plant matter post-extraction confirms the amount of cannabinoids and terpenoids left behind. Home bakers, however, lack the resources to pursue these types of analyses.

So what is lost in the extraction and baking process that kept us from Dowding out on our theoretically 400-plus milligram edibles? For one thing, a given amount of THCA (the non-psychoactive acid broken down during the heating, or decarboxylation, process to yield the familiar psychoactive THC) does not convert to an equivalent amount of THC: rather, the conversion rate is 0.88. While many producers will do this conversion for you and note the potential amount of THC in a given strain on the packaging, some denote only the percentage of THCA present, which adds an extra step to the calculations.

Then there’s the inefficiency of butter and oil extraction. “For clients that normally extract into dairy butterfat, they discover they only extracted between 40 and 60 percent of the cannabinoids and terpenoids,” explains deCesare. Lena Davidson of Botanica, one of Washington state’s largest edibles producers, puts the estimate even lower, at close to 30 percent. Davidson adds that certain oils are even less effective at extraction: in general, butter and coconut oil are the most ideal extractors, while others like canola and vegetable oil retain even fewer cannabinoids.

Overall, “the only way to know for sure [how potent your homemade edible is] would be to have the butter analyzed so you know exactly how much THC is in it,” says deCesare. Davidson argues that even this testing has yielded inaccurate results for Botanica in the past. “We learned really early on that we couldn’t rely on a butter potency test,” she says, “and it was really painful to discover that.” Botanica has since shifted to testing individual products from every batch.

The difficulty of accurately determining edibles’ potency is staggering even on a professional scale, so it’s no surprise that accurately dosing your own edibles at home is all but impossible. That said, the following are some best practices that can help hobby bakers minimize the inevitable variance in the potency of their homemade edibles.