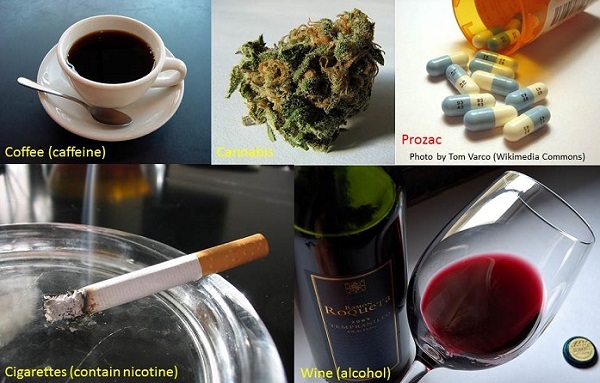 The sooner we accept the reality that each one of us is a drug user, the sooner we’ll look at those who struggle with drug misuse from a place of compassion. This post from Drug Policy Alliance puts forward the case for ending the decades-old failed war on drugs.

Who can honestly say that they don’t use drugs? I’m not necessarily talking about illegal drugs, like marijuana or psychedelics. Alcohol is a drug. Nicotine is a drug. Caffeine is a drug. Aspirin is a drug. Many kids are on Adderall and many parents [and grandparents 😉 ] take Viagra. There are drugs to help us stay awake, drugs to help us fall asleep, drugs that heal our pain and cure illnesses. You can’t watch television without seeing tons of commercials for drugs. Some drugs have been around for thousands of years while new ones are being discovered and created all the time these days. And yet most people I talk to don’t see themselves as drug users.

Drugs are a part of life, but the way we talk about drugs in our society is hugely problematic. We make distinctions based on a drug’s legal status, and most people never question why only certain drugs are illegal. Legal drugs are often looked at as “medicines” and illegal drugs are “dangerous substances.” But legal drugs like tobacco and alcohol are responsible for WAY more deaths than illegal drugs each year. And most illegal drugs were actually legal at one point. If you or your parents are old enough, going to the pharmacy might even be known as going to the “drug store” in your house.

It shocks most people when they hear that many legal drugs are the same as illegal drugs. Did you know that morphine and opioid prescription painkillers are essentially the same thing as heroin, and the Adderall we prescribe to young people across the country is virtually the same thing as methamphetamine? Watch what Dr. Carl Hart has to say – there is so much misinformation out there and he can explain much better than I can.

No one is saying that drug use can’t be problematic for some people. According to Dr. Hart, 10 to 20 percent of people who use drugs will struggle with drug misuse. So that also means that, “80 to 90 percent of people who use illegal drugs are not addicts. They don’t have a drug problem. Most are responsible members of our society. They are employed. They pay their taxes. They take care of their families.”

It bothers me that we can have compassion for people who use legal drugs but turn our backs on people who use illegal drugs. I just saw a new commercial that opened my eyes to this. Opioid painkillers are being prescribed so often there is now a market for people who want another drug to treat their opioid-induced constipation. So people who have access to legal opioids are offered other medications to deal with the side effects of their opioid use. Meanwhile, people who use heroin are stigmatized and persecuted for their opioid use and it’s such a struggle to convince lawmakers just to expand access to the life-saving drug naloxoneand syringe access programs. Why are we treating these people differently? Doesn’t anyone realize that a huge portion of people who use heroin are doing so because of an addiction that started with legal prescription opioids?

Our drug policies should stem from a public health approach, not a criminal justice one. Portugal is the best current example of how to effectively do this.

I can understand why people don’t want to come out and identify as drug users – there are legal liabilities and it’s a real form of privilege to be able to speak out like that. But this should make readers reflect and think – “What if the drugs I depend on were made illegal?”

If we all begin to see ourselves as drug users, then we’ll have more compassion for those who struggle with drug misuse. We’ll see why it doesn’t make sense to arrest people simply for using or possessing drugs, and why we need to end the decades-old failed war on drugs.

Source: We are All Drug Users | Drug Policy Alliance