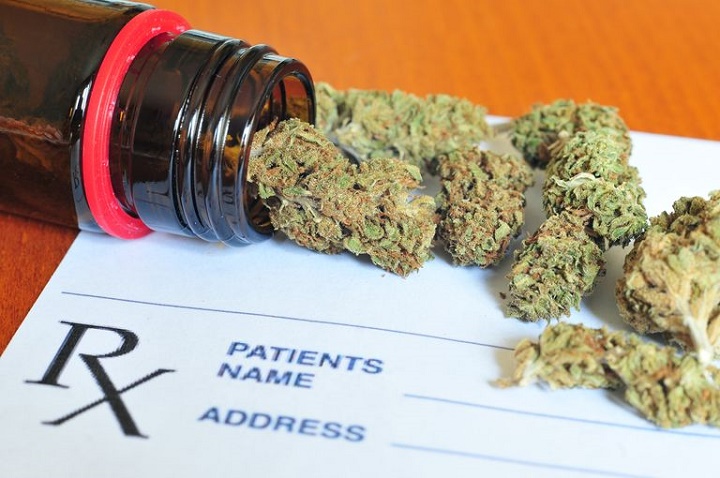 Long used to treat weight loss and manage pain in people with HIV, research suggests that medical marijuana may even slow disease progression. This post from VeryWell.com takes an unbiased look at the pros and cons of cannabis use for HIV.

From the earliest days of the HIV epidemic, marijuana (cannabis) has been used to treat many of the complications of disease, ranging from the symptoms of HIV wasting syndrome to side effects associated with antiretroviral drug use.

While newer generation drugs have greatly reduced the incidence and severity of many of these conditions, marijuana is still popularly embraced as a means to alleviate the pain, nausea, weight loss, and depression that can accompany infection.

There have even been suggestions that marijuana may afford long term benefits by effectively slowing—or even preventing—progression of the disease.

So what are the facts? Are there any studies to support these claims, or is the use of marijuana in treating HIV all buzz and no benefit?

Early Use of Marijuana for HIV

From the early-1980s to the mid-1990s, HIV was a major contributor to death and illness in the United States. Early generation HIV drugs were prone not only to premature failure, they often came with serious and sometimes debilitating side effects.

Moreover, people living with the disease were at high risk of illnesses we don’t see as frequently these days, including Kaposi’s sarcoma (a rare form of skin cancer), AIDS dementia, and the aforementioned HIV wasting syndrome.

It was, in fact, this last condition which first spurred support for the use of medical marijuana. Doctors, who at the time had few options for treatment, surmised that marijuana’s appetite-stimulating properties could benefit those experiencing the profound, unexplained weight loss as a result of this still-mysterious condition.

Since laws at the time largely forbade the use of marijuana in clinical settings, doctors began to prescribe the Schedule III drug Marinol (dronabinol), which contains a synthetic form of tetrahydrocannibinol (THC), the active ingredient of cannabis.

While Marinol proved to be successful in alleviating many of the symptoms of HIV wasting, many still preferred the “instant hit” afforded from three to four puffs of a marijuana cigarette.

While the support for marijuana in the treatment of HIV wasting is strong, much of the supporting research is still limited. This is due, in large part, to the fact that laws regulating marijuana use have constrained rigorous scientific investigation.

By contrast, studies supporting the use of Marinol have been relatively well established. Both short-term and long-term research have concluded that Marinol can increase appetite and stabilize weight with persons with advanced wasting, while affording an average gain of one percent in lean muscle mass.

By contrast, there is little data demonstrating the efficacy of smoked marijuana in achieving the same results. Most research, in fact, seems to show that Marinol is far more effective in achieving weight gain. Despite this, people tend to prefer smoking marijuana for its perceived benefits, from the immediacy of effect to its stress-relieving properties.

Moreover, drugs like Megace (megestrol acetate) are known to be more effective in stimulating weight gain than even Marinol (although weight gain tends to be due to increases in body fat rather than lean muscle mass). Of the three drugs, none seem to have any effect on reversing cachexia, the muscular atrophy associated with severe wasting.

Today, most approaches to therapy include a combination of appetite stimulants and anabolic drugs (like testosterone and human growth hormone) to treat severe wasting. To this end, marijuana may offer benefit beyond weight gain and appetite stimulation. By increasing a person’s overall sense of well-being, there is evidence that medical marijuana can greatly improve one’s adherence to HIV therapy.

In fact, a study published in the Journal of Acquired Immune Deficiency Syndromes concluded that persons experiencing severe gastrointestinal symptoms were 3.3 times more likely to adhere to their HIV drugs if supplemented with smoked marijuana.

In addition to its appetite stimulating properties, marijuana has been frequently used to alleviate the painful nerve condition called peripheral neuropathy, a side effect largely associated with earlier-generation HIV drugs.

Peripheral neuropathy occurs when the exterior sheath covering nerve cells in stripped away. When this happens, the exposed nerve endings can cause an uncomfortable “pins and needles” sensation that can progress to a seriously debilitating condition. In some cases, the neuropathy is so great as to make walking or even the weight of a bedsheet on one’s feet impossible to bear.

A number of research teams have studied the analgesic effects of marijuana in treating this often incapacitating condition. One such study, conducted at the General Clinical Research Clinic at San Francisco General Hospital, measured the effects of smoked marijuana in persons with peripheral neuropathy versus a non-THC marijuana placebo used in a second group.

The investigator concluded that the use of smoked marijuana was comparable to currently available oral agents used to treat HIV-associated peripheral neuropathy.

While there is ample research to support the use of marijuana in treating a number of HIV-associated conditions, there have been loftier suggestions that the drug may, in fact, slow disease progression.

A study conducted at Louisiana State University showed that daily doses of THC correlated to lower levels of viral activity and better survival rates in monkeys infected with SIV (the simian form of HIV). In addition, the monkeys experienced a dramatic spike in CD4+ T-cells, as well as less weight loss when compared to non-THC counterparts.

According to the study, when dosed over a 17-month period, THC appeared to decrease damage to the immune tissues of the gut, a primary site of HIV infection. By doing so (and apparently at the genetic level), disease progression was significantly slowed and healthy immune response maintained.

While it is not entirely clear how THC effects these changes, it is believed that the stimulation of CR2 (a cannabinoid receptor linked to positive therapeutic response) can inadvertently block one of two major receptors key to HIV infection.

If true, this may pave the path to a therapeutic approach by which CR2 could be stimulated to bolster immune function and slow the disease itself. What it doesn’t suggest is that marijuana, whether smoked or taken in oral form, can afford any benefit to treating HIV itself.

Adverse Effects of Marijuana Use

The subject of medical marijuana remains highly contentious and politically charged. While, on the one hand, there are a growing number of beneficial indications for medical use, there are a number of well-documented consequences that can undermine those benefits.

As a drug, THC acts on specific brain receptor cells that play a role in normal brain development and function. When used recreationally, THC over-excites these cells, providing the “high” that users actively seek. In teenagers, this level of excessive stimulation can dramatically impact cognitive function over the long term, manifesting with poor memory and diminished learning skills. (The same does not appear to be true for adults who regularly smoke.)

Furthermore, heavy marijuana use is linked to a number of adverse physical and mental effects, including:

While the adverse effects of low-level, recreational cannabis use appear to be low, they can be serious in vulnerable individuals. These effects are largely dose-dependant and can vary from person to person.

Contrary to common belief, marijuana can be addictive. Treatment for this addiction is constrained primarily to behavioral therapies. No medications currently exists to treat cannabis addiction.

While the Federal government still classifies marijuana as a Schedule I drug (i.e. having the high potential for dependency and no accepted medical use), the push for legalization has gained momentum, with some states allowing retail sales to adults. Laws in these states vary but generally provide protection from criminal action if marijuana is used for medical purposes. Home cultivation in some states is also allowed.

As of 2016, eight U.S. states (Alaska, California, Colorado, Maine, Massachusetts, Nevada, Oregon, Washington) have legalized marijuana for both medical and recreational use.

Despite these legislative changes, as a Schedule I drug, marijuana remains technically illegal from a Federal standpoint. As such, medical marijuana cannot be covered by health insurance nor can it technically be prescribed by a physician, who risks legal action even in states where medical marijuana is legal.

Source: The Benefits of Medical Marijuana for HIV