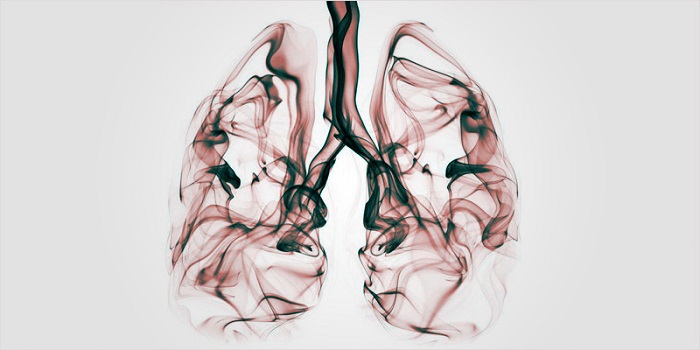 Does long-term cannabis smoking damage your lungs? Research on the subject points to some surprisingly good news. Discover in this post from HERB what the researchers concluded.

Let’s get one thing clear. Research has put a halt on the idea that smoking marijuana inevitably causes irreversible lung damage. A 2015 study completed by Emory University compared data from marijuana smokers aged 18 to 59 to non-smoking controls. They specifically looked at the ability to exhale. Poor exhalation is a marker of lung disease.

The result? There was no statistical difference between the marijuana smokers and non-smoking controls. Both groups had the same expiratory volume. Here’s what the study concluded:

“Lifetime marijuana use up to 20 joint-years is not associated with adverse changes in spirometric (exhalation strength) measures of lung health.”

The marijuana smokers reported smoking one joint a day. So, one joint a day for up to 20 years is not associated with lung damage. Pretty amazing, right?

The marijuana smokers did experience some negative respiratory side effects, however. Those who smoked joints reported increased coughing and sore throat. These symptoms were avoided by those who used a vaporizer.

Dr. Donald Tashkin, who has been studying the effects of marijuana and tobacco smoking for over 40 years, suggests that bronchitis-like symptoms go away after you stop smoking. He admits that regular marijuana smoking “Causes visible and microscopic injury to the large airways”, but this damage subsides and “Does not appear to lead to significant abnormalities in lung function”.

What about heavy smokers?

There are a lot of marijuana smokers who puff more than one joint per day. If you’re a heavy user, you might want to invest in a vaporizer. While the actual impact of the marijuana smoke itself has yet to be conclusively determined, chemicals and burning material from rolling papers is thought to contribute to increased inflammation and lung irritation.

With heavy use, this irritation can lead to increased mucus production, inflammation, and chronic bronchitis-like symptoms. In some people, it’s hypothesized that this may lead to increased lung problems. Though, as Tashkin has indicated, the correlation between marijuana smoking and lower respiratory tract infection have yet to be adequately determined. In those who have emphysema , genetics and additional environmental factors may contribute to the problem.

To counter this argument, medical cannabis oil may actually help reduce inflammation and open airways in conditions like COPD and asthma. Yet, if you have either of those conditions, smoking probably won’t be your go-to consumption method.

“Putting marijuana in your lungs is not the healthiest decision you can make but it’s stark compared to the damage done by tobacco.”

What about lung cancer?

Thus far, there has been no proven correlation between light to moderate marijuana use and lung cancer. Marijuana smoke does contain some of the same carcinogens as tobacco. Carcinogens are typically found in smoke from burned materials. When you smoke marijuana, however, you’re also taking in THC and CBD.

Both of these cannabinoids are powerful antioxidants, protecting cells and DNA from damaging free-radicals like carcinogens. Though it is not confirmed, these antioxidant properties may help protect your body from smoke-related damage. Cannabinoids also have strong anti-tumor properties. At this point, this hypothesis has not been tested via the standard clinical process in humans.

When it comes to heavy smokers, the exposure to these carcinogens is greater. This is especially true if you prefer smoking blunts or use rolling papers. In general, heavy smokers are thought to face more of a risk of lung damage. According to Tashkin’s study, the evidence is mixed when it comes to the cancer risks of heavy use. He writes:

“Although marijuana smoke contains a number of carcinogens and cocarcinogens, findings from a limited number of well-designed epidemiological studies do not suggest an increased risk for the development of either lung or upper airway cancer from light or moderate use, although evidence is mixed concerning possible carcinogenic risks of heavy, long-term use.”

Tashkin’s analysis is supported by a review published in the International Journal of Cancer.  Researchers looked at data from 2,159 lung cancer cases and 2,985 healthy controls. They, again, found no correlation between marijuana use and increased lung cancer risk. They conclude:

“Results from our pooled analyses provide little evidence for an increased risk of lung cancer among habitual or long-term cannabis smokers, although the possibility of potential adverse effect for heavy consumption cannot be excluded.”

So, what does this research suggest about the long-term impacts of smoking marijuana? Smoking in general causes irritation. This isn’t the healthiest thing in the world. It is unlikely, however, that moderate use will cause any significant negative damage. The research on heavy use is inconclusive. But, switching to a vaporizer or incorporating edibles into your consumption routine can limit potential risks.