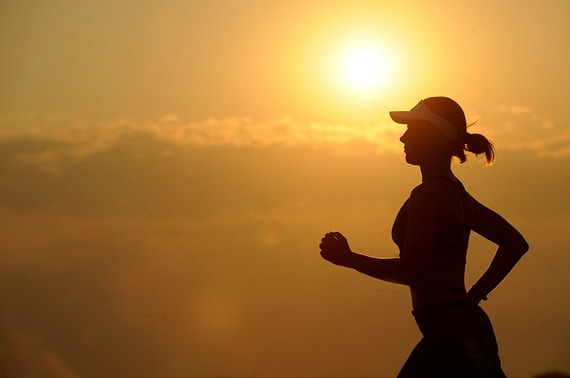 If you do one thing in 2017 for your health, look after your endocannabinoid system. The Huffington Post acquaints you with the system that keeps your health in balance and reveals ways to strengthen it.

Here we go again. It’s the first week of January.

Most of us will have returned with a steely resolve to make this the year that we really look after our health. We shall be sugar free, raw food imbibing, fitness gods and goddesses for more than just the first ten days of 2017.

But if we really want to look after our health, there’s a biological system we should become more acquainted with. One that since its discovery in the 1990s, barely gets taught at medical school, but performs a vital role nonetheless in keeping our health in balance.

It’s called the Endocannabinoid System and is responsible for modulating our sleep, appetite, mood, immune system, reproduction, pain and inflammation.

Ok, so you’re probably thinking if this system is so amazing, how come most of us have never heard of it?

It’s just speculation, but the Endocannabinoid System’s low key, public profile might just have something to do with how it was discovered.

Back in the day when scientists were studying THC, the psychoactive compound in cannabis, they realised that most mammals have a vast network receptors throughout the brain, central nervous and immune system. These act like locks on the surface of cells, waiting to be opened by cannabis-like chemicals called ‘endocannabinoids’ – endo meaning ‘within’ the body.

It’s been likened to a dimmer switch working to keep the primary functions within the body operating at the optimum level.

Unfortunately, through the stresses of modern living, the Endocannabinoid System can become depleted, meaning it cannot effectively carry out its role of bringing balance to the body.

American Neurologist Ethan Russo has termed this ‘Clinical Endocannabinoid Deficiency‘, suggesting that it lie at the root of illnesses such as fibromyalgia, muscular sclerosis, IBS and migraines.

According to Dr Russo, “If you don’t have enough endocannabinoids you have pain where there shouldn’t be pain. You would be sick, meaning nauseated. You would have a lowered seizure threshold. And just a whole litany of other problems.”

How to strengthen the Endocannabinoid System

Russo suggests that by ‘topping up’ the body’s endocannabinoids with cannabinoids derived from the cannabis plant, it’s possible to kick start the Endocannabinoid System, bringing balance and health to the body once more.

While this remains just a theory, the ability of the cannabis plant to re-calibrate the Endocannabinoid System can be demonstrated in some recent cases of children suffering from extreme forms of epilepsy who have responded favourably to the plant.

One such child is Ava Twomey in Ireland, who at just 6 years old was having up to 20 seizures per day. Despite the best efforts by her medical staff, Ava’s condition was not responding to conventional treatment and her future looked bleak.

Out of desperation, her parents turned to the internet where they came across cases of children in the United States, who after taking cannabis oil, had reduced their number of seizures almost to zero.

And so in September this year, Ava began taking cannabis oil containing a compound from the cannabis plant called Cannabidiol (CBD), which does not have any psychoactive effect, but has been shown in clinical trials to reduce epileptic seizures. According to her parents, since beginning with CBD, Ava’s seizures have reduced by 90%.

This would seem to support the idea that the plant cannabinoid down-regulates the excessive neuronal electrical activity associated with epilepsy, although to date researchers don’t fully understand the mechanisms behind CBD’s seizure reducing effect and more research needs to be carried out.

The use of whole plant cannabis for medical purposes currently remains illegal in the United Kingdom, although CBD has recently been recognised as medicine and is currently under review by the Medical Healthcare Regulatory Agency.

But it’s not just the cannabis plant that boosts the Endocanabinoid System. Here are four cannabis-free steps you can take.

1. Do some exercise: Studies show that as well as releasing endorphins when we do cardiovascular exercise, the body also produces the ‘feel good’ endocannabinoid, Anandamide, explaining that feeling of ‘runners’ high’.

2. Increase your intake of Omega 3: found to be vital to ECS health, as without it scientists believe the endocannabinoid CB1 receptors may not form correctly, potentially resulting in “impaired emotional behaviour.”

3. Cut down on alcohol: Studies show that ethanol dampens the endocannabinoid system. Another reason to go dry this January.

4. Eat your greens: Leafy green vegetables contain a natural chemical called beta-caryophyllene, with researchers attributing its anti-inflammatory effect to an activation of the CB2 endocannabinoid receptor.

So there you have it. Until a few minutes ago, you were probably blissfully unaware you had an Endocannabinoid System, working tirelessly to keep you happy, healthy and on an even keel. But now you know, there’s no turning back. Be sure to look after it, and it will look after you.

Source: If You Do One Thing In 2017 For Your Health, Look After Your Endocannabinoid System | The Huffington Post