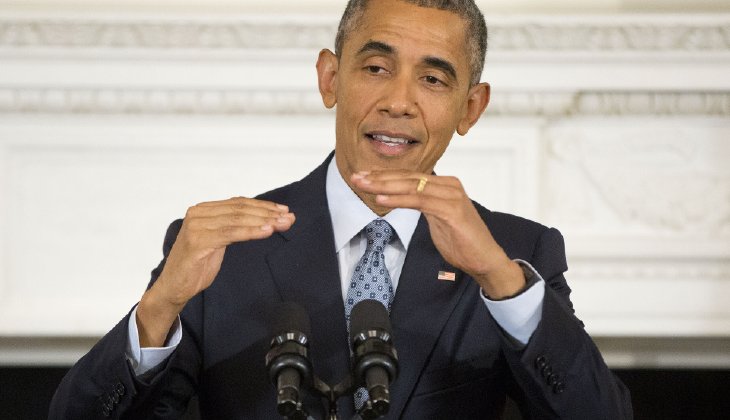 A bill approved by the House this week aims to end what one senior Republican calls the Obama administration’s “double standard” when it comes to growing pot, an illegal act under federal law, and producing oil and gas from fracking on tribal lands.

“What’s bizarre is that for energy production, the administration interprets Indian lands as federal lands, but for pot production, these same lands are interpreted as being non-federal lands,” says Rep. Rob Bishop, the Utah Republican who is chairman of the Natural Resources Committee and is lead sponsor of the bill.

The bill, the Native American Energy Act, attempts to change that by drawing a line of distinction between what is federal and non-federal land when it comes to oil and gas production on American Indian lands.

The bill would make tribal lands immune to new Department of Interior fracking rules, which in turn would make oil and gas production by the tribes a lot less burdensome, according to the committee. The Interior Department’s rules have been highly criticized as duplicative and unnecessary by the oil and gas industry.

For the Bureau of Land Management’s fracking rule, the bill “correctly interprets Indian land in trust as Indian land — not federal land — so BLM wouldn’t be able to impose its fracking rule on that land. Tribes would not be subject to it,” committee spokeswoman Julia Slingsby said in an email.

A committee report says designating “Indian land” in trust as federal in one instance and Indian land as tribal in another is part of a historic “double standard” that the bill is attempting to change. “This double standard is interesting … it empowers historically impoverished tribes to produce their own pot, but not their own energy,” the report says.

The federal government has had a complicated relationship with marijuana, and that relationship has become more complicated as states pass laws to make cultivation legal. Even though it is still a federal crime, the government has been trying to find the right track for enforcing law in areas where pot is decriminalized by state governments. Lawyers say the policy in going after growers is inconsistent, depending a lot on the priorities of U.S. attorneys.

“On the surface, it would appear the administration believes the production and sale of illegal drugs presents a better long-term economic model for Indian tribes to follow than mineral extraction,” the committee’s report says. “Aside from the question whether this is sound federal Indian policy, the administration’s view regarding the status of Indian lands – not ‘sovereign’ for energy development but ‘sovereign’ for marijuana production – is inconsistent.”

Of course, the Obama administration doesn’t agree, which it conveyed to Bishop in a strong-worded veto threat.

“The bill would undermine public participation and transparency of review of projects on Indian lands under the National Environmental Policy Act, set unrealistic deadlines and remove oversight for appraisals of Indian lands or trust assets,” the Oct. 7 veto threat reads.

“That rule already contains a provision allowing for variances from the rule’s requirements when tribal laws meet or exceed the rule’s standards,” the White House says. The fracking rule’s “approach both protects environmental and trust resources, while also protecting the decision-making role of the tribes.”

Bishop fired back with a report from the Government Accountability Office, the government’s watchdog, which says the Bureau of Indian Affairs’ “management shortcomings,” including overly complex regulations, have “hindered Indian energy development.” The June 15 report says the agency took eight years to review documents related to energy development, with tribes estimating that they lost nearly $100 million in revenue they could have been earning from oil and gas severance taxes and oil and gas royalty payments.

“Native Americans are being denied opportunities due to the federal government’s incompetence,” Bishop said in a response to the veto threat. “GAO said it best. With tribes rich in resources but suffering unemployment rates of 50 percent, the administration’s call for reform rings hollow.”

Bishop said the president and his Cabinet “are fine with the status quo,” but “I am not.”