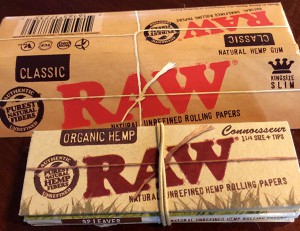 In this post from WUFT News, Garrett Mastronardi reports that Florida lawmakers are setting their sights on a legislation that would authorize statewide farming, production and sale of industrial hemp. Hemp has a wide variety of commercial uses, including food, cosmetics, paper and bio-fuel. It can be grown organically year-round and has few weed or insect enemies.

The Florida Senate Committee on Regulated Industries voted Wednesday April 8 to recommend legislation that would authorize statewide farming, production and sale of industrial hemp. The vote was 8 to 4.

“This is not a bill to legalize marijuana in the state of Florida,” said Sen. Jeff Clemens (D-Lake Worth), its primary sponsor. “This is an industrial hemp bill.”

The term “industrial hemp” encompasses strains of the plant Cannabis sativa L. that have been bred specifically for industrial purposes, said Michael Krehl, founder of the Florida Hemp Alliance.

According to a report by the Congressional Research Service, the global market for hemp is estimated to consist of more than 25,000 different products, including paper, textiles, nutrition and biofuel.

Hemp’s genetics differ from other strains of cannabis that are higher in tetrahydrocannabinol (THC), the chemical in other strains that produces the psychotropic drug effects.

Those strains typically have a THC content of 5 to 10 percent, according to a report released by Purdue University. This is about 17 to 35 times the amount found in industrial hemp, which contains no more than 0.3 percent THC.

Krehl said hemp is also high in cannabidiols (CBDs), which are THC antagonists that cancel out the chemical’s effects. This means smoking or otherwise ingesting any amount of hemp could not intoxicate someone.

The measure received unanimous approval from the agriculture and criminal justice committees. It will next be heard by the appropriations committee.

The bill is designed to allow farmers to replenish their soils with a crop that could bring more money into the state’s economy, Clemens said.

Rep. Michelle Rehwinkel-Vasilinda (D-Tallahassee) has filed a companion bill (HB 363) to SB 902 in the Florida House of Representatives. It has been assigned to four committees but has not yet gone to a hearing.

If legalized, industrial hemp could potentially become a cash crop for farmers whose current crops are suffering from Huanglongbing (HLB), better known as citrus greening.

A UF IFAS report said the disease has caused the loss of millions of trees. Citrus greening is caused by a bacterium scientists believe spreads primarily through salivary secretions of a bug known as the Asian Citrus Psyllid.

Hemp cultivators and distributors would be required to obtain a license from state regulators, who would conduct regular inspections to ensure that the THC content of the crops is no higher than 0.3 percent.

Licensees would also be subject to an annual registration fee of up to $100.

Krehl, who has been working closely with Clemens’ office on the bill, said research shows a 21 percent growth in the US hemp industry in 2014. Total sales in 2014 amounted to about $620 million.

According to the Congressional Resource Service, the single largest source of U.S. imports of hemp-based foods is Canada. The U.S. accounts for about 90 percent of Canadian international hemp sales.

Krehl said hemp farmers in Canada currently profit about $800 per acre. He said this is three times the value of an acre of canola, which is one of Canada’s most lucrative field crops.

According to the National Conference of State Legislatures (NCSL), 22 states have passed hemp-legalization laws. Of these, 13 allow commercial production and seven permit state-approved cultivation.

The Agricultural Act of 2014, signed into federal law by President Barack Obama, included a provision that allows state agriculture departments and universities to grow hemp for agricultural or research purposes where hemp farming is legal under state law.

But federal law still prohibits banks or other financial institutions from accepting money from hemp sales, so taxing it is difficult.

Edie Ousley, vice president of public affairs for the Florida Chamber of Commerce, said the organization is not involved in the issues or economics surrounding the potential legalization of the crop.

According to the Florida Department of Revenue, taxpayers would not pay hemp taxes electronically. It is also unclear whether the state would be violating federal law by accepting taxes in the form of cash.

This could change with the passing of the Industrial Hemp Farming Act, which was introduced to Congress in January. This bill would eliminate all federal restrictions on hemp cultivation and remove it from the list of Schedule I controlled substances.

Currently, all parts of the cannabis plant are illegal under the law except for the its fibers and sterilized seeds.