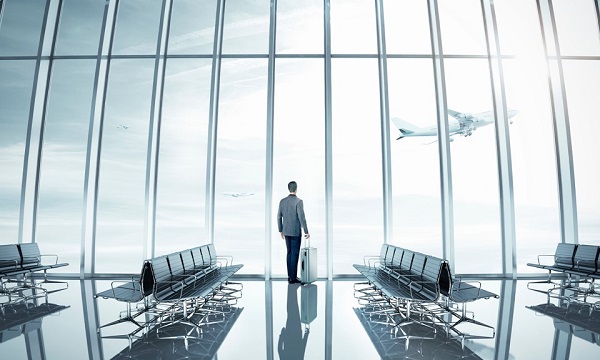 Say you spent the holidays in one of the four states — or one district — where cannabis is legal. You get to the airport and realize you’ve accidentally left a gram or two in your pocket (OK, it might’ve been on purpose). You start to sweat. What will happen on your way through security?

Chances are good you’ll be better off than you would’ve been just a few years ago. It’s still against the law to cross state lines with cannabis, but a number of airports have relaxed their policies on how to handle offenders.

Let’s be clear: The Transportation Security Administration is a federal agency, and its websitewarns travelers that state laws are “not relevant to TSA screening.” If screeners do find cannabis, the agency says, it will refer the matter to law enforcement. In other words, just because you bought that joint legally doesn’t mean you can bring it on your flight.

Well, unless you’re staying in Oregon. Portland International Airport allows adults 21 and over to travel with cannabis as long as they’re flying to an in-state airport, according to a July announcement.

Leave the Pacific Northwest, though, and you might have a tougher time. Authorities at the Denver International Airport make travelers toss their cannabis, but you’re likely to get offwithout a citation despite posted warnings about fines.

In California, where only medical use is legal, you might be OK if you can show a doctor’s note.Cannabis Now noticed an Instagram post by an employee of an extract-maker who was stopped after a TSA screener mistook kale chips for a bag of cannabis. The official said he would’ve let it go, the poster wrote, “had I shown my medical recommendation. Gotta love SFO!” 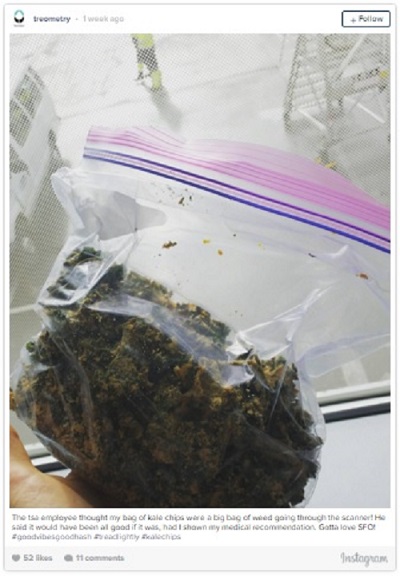 We still don’t advise taking your chances. An arrest is no way to ring in the new year.

Source: What to Expect if You Try to Fly with Cannabis – Leafly