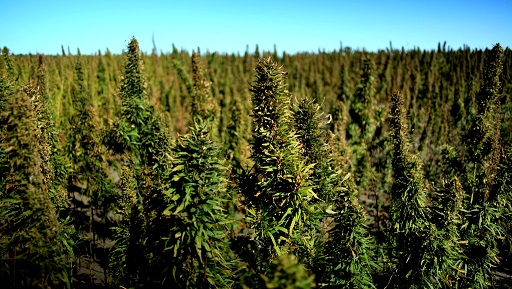 Hemp plants were shown to be effective in cleaning the soil around the site of Russia’s Chernobyl nuclear disaster and were even considered for use near Fukushima. This post from Mint Press News discusses how hemp is proving to be one of the best phyto-remediative plants, because of which it is garnering renewed interest from both the scientific community and from industry.

The cannabis plant has myriad uses, from paper, fabric and even fuel that can be created from industrial hemp, to the many health conditions which benefit from medical marijuana. Here’s one more benefit to add to the list: removing toxic metals and even radiation from soil.

The process of using plants to clean polluted soil is called phytoremediation. According to a 2014 report from Nation of Change’s Christina Sarich, two members of the mustard family are more frequently used in phytoremediation, but cannabis has shown some promise because of its hardiness to toxins and quick growth rates. Some have even considered using it near Fukushima.

A group of representatives of Consolidated Growers and Processors, PHYTOTECH, and Ukraine’s Institute of Bast Crops experimented in the late 1990s with using industrial hemp, a form of the plant that’s high in fiber but low in psychoactive or medical benefits, near the site of the Chernobyl nuclear disaster, where a great deal of agricultural land is still unusable because of the presence of radiation and heavy metals still lingering from the 1986 meltdown.

“Hemp is proving to be one of the best phyto-remediative plants we have been able to find,” said Slavik Dushenkov, a research scientist with PHYTOTECH.

In 2009, scientists from Belarus also experimented with hemp in areas polluted by Chernobyl. The disaster contaminated nearly 20 miles around the site.

The Belarusian scientists noted that one added benefit of industrial hemp over other phytoremediation plants is that it can also be used to produce biofuel, potentially adding a second use for the crop after it removes toxins from the soil.

“As with the Chernobyl incident, scientists are finding radioactive emissions and toxic metals–including iodine, cesium-137, strontium-90, and plutonium–concentrated in the soil, plants, and animals of Japan, but also now throughout the United States and all along the West Coast – from Canada to Mexico,” Sarich wrote for Nation of Change.

Seshata, a freelance writer from the Netherlands who specializes in reporting about cannabis, noted several studies which showed hemp to be extremely effective at absorbing toxins like cadmium and heavy metals. However, she noted that the war on drugs limits study on the plant’s potential in the U.S.:

“As a proven, valuable tool in the fight to repair human-inflicted damage to our soils and ecosystems, hemp could potentially benefit hundreds of thousands of sites across the globe—it is estimated that in the USA alone there are 30,000 sites requiring remediation. As is so often the case, US restrictions on hemp cultivation preclude any large-scale operations from being implemented, and the contaminated sites are largely left unremediated, through lack of both funding and interest on the part of the government.”

Source: How Hemp Can Clean Up Radiation From Fukushima Nuclear Disaster