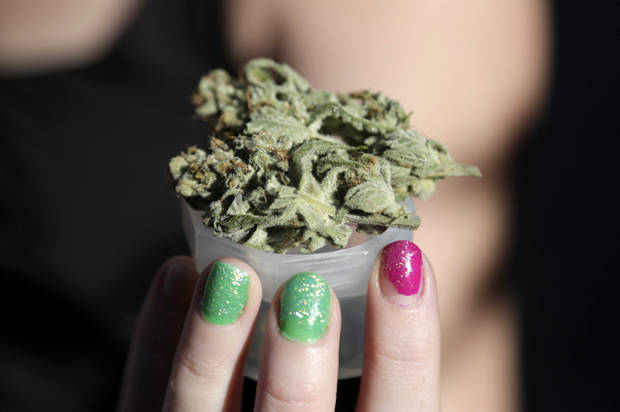 With factors beyond demand and supply affecting weed prices, the cost of weed in the most expensive country can be 20 times of that in the cheapest one. This post from Salon has put together the highest and lowest prices of weed across the globe.

In a truly open global market, marijuana would behave like any other commodity, with prices set by the market based on demand and supply factors. But weed isn’t like other commodities—it’s illegal in most places, and that influences prices as well.

Still, for a plant that can be grown almost anywhere—why do you think they call it weed?—there are wide price variations across national borders. Some of the variation is the result of location or proximity to major marijuana producers, some of it is related to the degree of severity of various national prohibition regimes, and, where it is legal, some of it is related to tax and regulatory burdens, but the end result is that pot can cost 20 times more in the most expensive countries than it does in the cheapest.

But the marijuana market is global with more than 177 million cannabis usersworldwide, according to the UN Office on Drugs and Crime (UNODC), and unlike commodities like a barrel of oil, the price varies wildly. The media outletATTNrecently came up with a list of the cheapest and dearest countries for buying weed, based on UNODC reports, as well as user reports from Price of Weed. ATTN limited its reporting to countries with at least 100 user reports from Price of Weed. Here’s what they found.

The Most Expensive Countries

Norway is far from the hash fields of Morocco and Afghanistan, but not so far from Holland. Still, its relatively strict marijuana laws—possession of more than 15 grams is considered evidence of dealing and punished harshly—and its far north location give it the dubious distinction of having the world’s highest reported pot prices.

The Baltic nation has decriminalized the possession of up to 7.5 grams, but get caught with more than that and you can go to prison for five years. Estonians pay a rather high prohibition premium.

Another Scandinavian country with tough pot laws, not that much supply and high prices. Users reported they could generally obtain buds in Helsinki, just not very good ones. In countries loathe to make a distinction between hard and soft drug use, as is the case in most of Scandinavia, pot smokers pay a price.

Another country with tough marijuana laws, Japan also has little tradition of domestic marijuana cultivation. The government recently allowed residents to use CBD cannabis oil for medical reasons, but recreational pot is frowned upon.

The Emerald Isle isn’t the Emerald Triangle, and that’s reflected in relatively high prices there. Decriminalization may be coming, but it isn’t there yet.

The world’s cheapest pot prices aren’t the result of the free market, but are set by the government. Pot is legal, widely used, and you can grow up to six plants for personal use or join a collective and grow with others. But if you have to buy it, it’s only a buck.

Maconha isn’t legal in Brazil, but it is cheap. Not only is it grown widely in-country, Brazil is also awash in Paraguayan weed, which could be called the Mexican brick weed of South America. And it borders Uruguay.

Although India is a signatory to the 1961 Single Convention on Narcotic Drugs criminalizing marijuana, it’s been around forever, is considered one of the five “sacred plants,” and isn’t going anywhere. Pot grows on vast expanses of land, some cultivated, some not, and is used by some religious groups, as well as just regular folks. Like many things in India, it’s a real bargain.

The world’s largest opium producer is also the world’s largest cannabis producer,according to UNODC, and low pot prices reflect Afghanistan’s status as a global drug warehouse. Afghan farmers are currently cranking out somewhere between 1,500 and 3,500 tons a year of the stuff, most of it processed into hash.

While pot possession is decriminalized in South Africa, legalization—even of medical marijuana—currently looks to be a bridge too far. In the meantime, local producers are growing enough dagga to keep the price low.