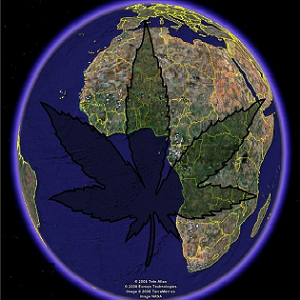 Last century’s international prohibitionist consensus on drug policy continued to crumble this year, with moves to relax controls on recreational and medical marijuana leading the way. But harm reduction measures such as supervised injection sites are also on the rise, international civil society and even some governments are laying the groundwork for reforming the global drug control regime next year at the UN, America’s most stalwart drug war ally in South America changes its tune, and more.

Here are the biggest international drug policy stories of the year, in no particular order:

We may have a handful of legal pot states, but Canada is about to become the first country in North America to free the weed. Newly elected Liberal Prime Minister Justin Trudeau made marijuana legalization a central plank of his election campaign, and this month, he immediately ordered his new Justice Minister to get on it after winning the election. In the annual throne speech last week, his government reiterated its intention to legalize it. It won’t happen overnight, but it’s coming.

2.  The US is No Longer the Bogeyman of International Drug Reform.

It’s not like 2001, when Jamaican decriminalization got put on the back burner after thunderous protests from the US embassy, or even 2009, early in the Obama administration, when more muffled protests from the US helped put the kibosh on drug decriminalization in Mexico. It’s more difficult for Washington to criticize other countries when the Obama administration has signaled it can live with legal marijuana in US states, but the administration seems less inclined to do so, anyway. Last year, William Brownfield, head of the State Department’s Bureau of International Narcotics and Law Enforcement Affairs enunciated a policy of tolerance toward reform efforts abroad, and the State Department reiterated that again this year. It’s not all roses, though; the prohibitionist beast may be weakening, but its tail still twitches.

3.  Laying the Groundwork for UNGASS on Drugs.

The UN General Assembly Special Session (UNGASS) on Drugs is coming next spring, and the international drug reform movement was busy preparing for it this year. In May, during the High Level Thematic Debate on drugs, reform groups released an open letter calling on the UN to respect countries’ drug policy reforms, and in June, while the UNODC marked global anti-drug day, global civil society fought back with events and demonstrations around the globe. Then, in October, Sir Richard Branson provoked a kerfluffle by leaking a UNODC draft document that urged governments to consider drug decriminalization, forcing the agency to walk it back under pressure from at least one country. At year’s end, the European Parliamentary Council called for a public health-oriented global drug policy. A lot more has been going on behind the scenes, too, but drug reform at the UN moves at a glacial pace. Stay tuned.

For the first time since 2009, opium production has decreased in Afghanistan, the UNODC reported. The area under cultivation declined by 19% from last year — an all-time high — and production declined even more, by 48%. UNODC attributed the decline to drought conditions. “The low (overall) production can be attributed to a reduction in area under cultivation, but more importantly to a drop in opium yield per hectare,” said the report, which was released last week. “The lack (of) sufficient water for irrigation… affected the decision of some farmers not to cultivate poppy.”

Iran has executed hundreds of people for drug offenses this year, but a campaign to end European and UN funding of Iran’s drug war has been picking up steam. Some European countries, including Denmark, Great Britain, and Ireland have stopped funding, and in October, the UN special rapporteur on Iran warned that it wasusing UN support to justify its aggressive use of the death penalty. But that didn’t stop the UN Office on Drugs and Crime from this month increasing funding for Iranian anti-drug operations. While the struggle continues on the international front, this month, Iranian parliamentarians themselves expressed discomfort with the death toll. At least 70 are supporting an effort to end the death penalty in nonviolent drug smuggling cases. Lawmakers are now preparing a bill to present to the parliament.

With US backing and encouragement, the Colombian government sprayed the herbicide glyphosate on coca crops for years despite peasant protests that it was causing illness and damaging other crops and livestock. But in April, after a World Health Organization report reclassified the herbicide as “probably carcinogenic to humans,” the health ministry called for the suspension of spraying. The following month, Colombia ended the program despite US pressure to continue it. Then, in September, President Juan Manuel Santos deepened the departure from two decades of US-style drug policies, unveiling a new national drug strategy that will emphasize alternative development.

In a country where public opinion does not favor legalization, the Supreme Court stunned the nation in November by ruling that people have the right to grow and use marijuana. The decision does not undo Mexico’s marijuana laws, but does open the door for a wave of legal actions that could end in their being rewritten. It also opened the door for a national debate on marijuana policy, with President Enrique Pena Nieto promising it will occur early next year.

More countries okayed the use of medical marijuana in 2015, including Australia,Croatia, and, just this week, Colombia. Meanwhile, Chile harvested its first medical marijuana crop in April, the Italian Army began growing it in May (to address shortages within the country), and the Dalai Lama endorsed it in June. That same month, Costa Rica outlined requirements for a pending medical marijuana bill, and in July, Israel announced it would make it available in pharmacies and allow more doctors to prescribe it.

In February, parliament votedto approve a government-supported decriminalization bill, and the law went into effect in April. Now, anyone, including foreign tourists, can now possess up to two ounces of ganja and face only a $5 fine. And any household can now grow up to five plants. Adult Rastafarians can also now use the herb for religious purposes. The law also paved the way for a regulatory authority for medical, scientific, and therapeutic uses. In July, Justice Minister Mark Golding signed an order to expunge minor marijuana convictions, and by December, the government had granted its second “marijuana exemption”allowing Rastafarians at a festival to partake of (and possess and transport) Jah Herb without fear of arrest.

The harm reduction measure allows drug users to ingest their drugs under medical supervision and without fear of arrest and has been proven to improve outcomes for users and the community without increasing crime or other negatives and without fear of arrest. At the beginning of the year, there were supervised injection sites in eight countries — Australia, Canada, Germany, Holland, Luxembourg, Norway, Spain, and Switzerland. By year’s end, two more countries got them up and running, France in the spring and Slovenia in the fall. Late in the year, Ireland approved a supervised injection site in Dublin. Meanwhile, in the US, the Drug Policy Alliance and other advocates are mounting a campaign to open one in New York City, which would be the first (official) one in the country.