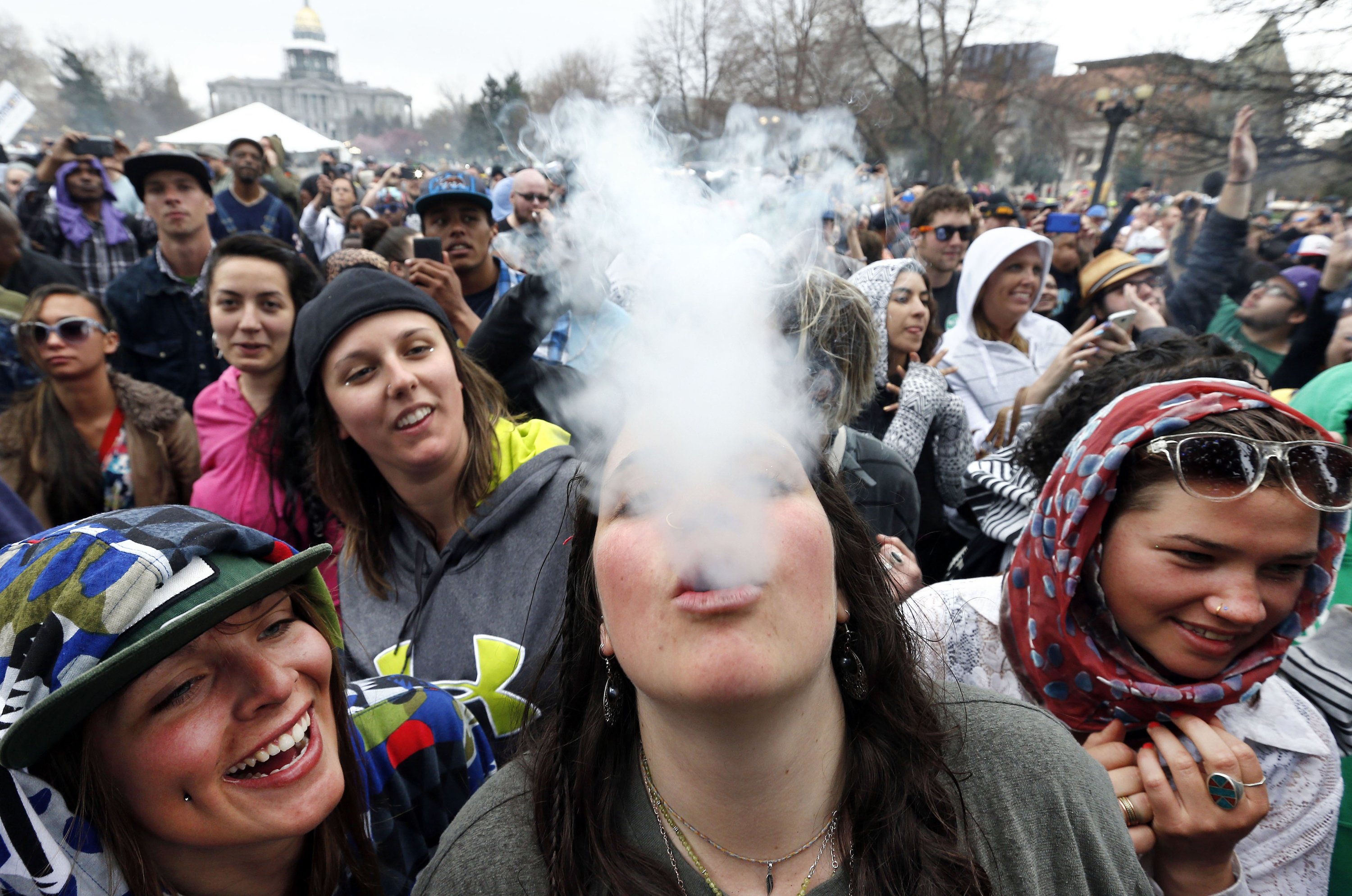 Ohio voters reject a marijuana legalization proposal that would have only permitted a small set of investors to control the commercial marijuana industry. This post from Business Insider reports the defeat of Issue 3 initiative at the hands of Ohio voters.

Ohio voters rejected a ballot proposal on Tuesday that would have legalized marijuana for recreational and medical use. The measure was defeated by nearly a 2 to 1 margin, according to current projections.

The rejection, however, may have less to do with Ohioans attitudes about marijuana than one might think.

The proposal, known as Issue 3, allowed adults 21 and older to use, purchase, and grow certain amounts of marijuana, while establishing a regulatory and taxation scheme to handle the legalization.

However, embedded in the proposal was a stipulation that would have given “exclusive rights” for commercial marijuana growth, cultivation, and extraction to ten predetermined parcels of land.

The varied owners of those land parcels were the proponents and funders of the initiative, known as ResponsibleOhio. The group spent more than $12 million on ads and The New York Times reports that they spent $25 million on the campaign in total.

The problems with Issue 3 were best summed up by Case Western University School of Law professor Jonathan Adler in the Washington Post:

… Issue 3 would create a marijuana “monopoly” (actually, an oligopoly) consisting of 10 producers who would have their exclusive rights to engage in the commercial production of marijuana enshrined in the state constitution. The campaign in support of Issue 3 – so-calledResponsible Ohio – is predictably supported by those who would hold these exclusive rights. This is crony capitalism at its worst.

The monopolistic design of the initiative was part of the campaign from the start, according to the New York Times. Ian James, a political consultant who helped architect the campaign, found 10 investment groups willing to put up $2 million each to finance the campaign for the marijuana legalization amendment.

The investment groups would in exchange receive exclusive rights to grow marijuana on ten parcels of land owned or optioned by the investors.

NORML, the outspoken marijuana reform organization, endorsed the legislation, but did so with “some hesitancy” because of the limited number of growing sites, according to Reuters. The Marijuana Policy Project and the Drug Policy Alliance have stayed neutral on Issue 3.

Here’s the current tally for Issue 3:

Issue 3, as written, was so abhorred that a wide coalition of children’s hospitals, business organizations, lawmakers, and farmers banded together to create Ohioans Against Marijuana Monopolies and to put an initiative on the ballot that sought to directly counteract Issue 3.

That other initiative, known as Issue 2, is called the “anti-monopoly amendment” and it seeks to protect “the initiative process from being used for personal economic benefit,” namely to prohibit the state from granting a petitioner “a monopoly, oligopoly, or cartel for their exclusive financial benefit.”

State Representative Michael F. Curtin, a Democrat and former editor of The Columbus Dispatch, has called Issue 3 “a prostitution of the initiative process,” according to The New York Times.

The sentiment among many Ohioans was clear, according to Cincinatti’s WLWT5:

“I can’t believe I voted ‘no’ when it was finally on the ballot,” said Marty Dvorchak, 62, of the northern Cincinnati suburb of Fairfield. “I think it’s ridiculous that marijuana is illegal.” But he said he had problems with the way the initiative is structured.

Steve Mosier, 61, of Cincinnati, also voted no because of similar concerns, even though he says he generally supports legalization.

“It’s no greater danger to society than alcohol and some other things that are legal, like cigarettes,” he said.

Here’s just a bit of the chatter on Twitter about the amendment: 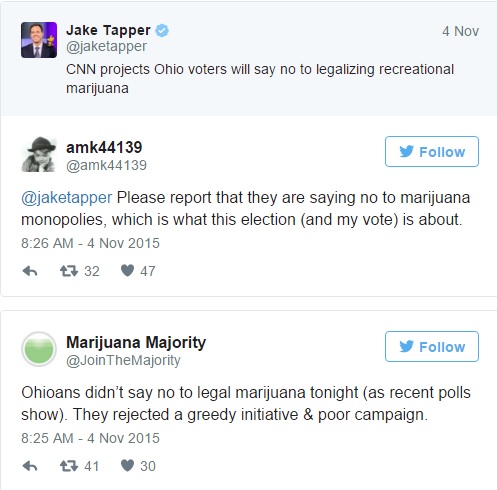 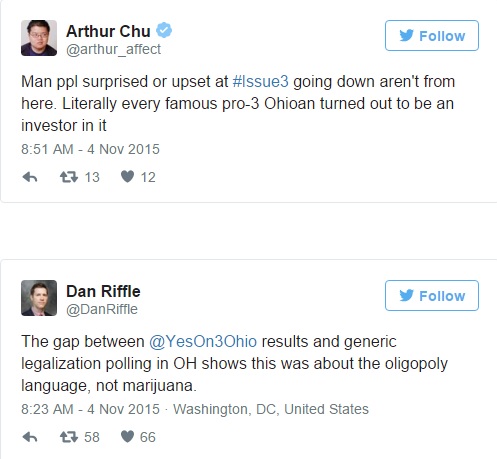 Source: Marijuana legalization just failed in Ohio – and it may have nothing to do with attitudes about legalization