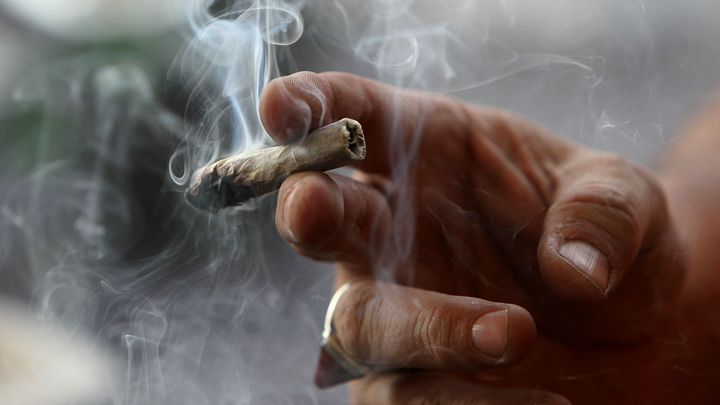 With New York State beginning to accept applications for medical marijuana providers last week, criticism of the hyper-strict program negotiated by Gov. Andrew Cuomo has been plentiful. Hinged on concerns about arbitrary regulations and insufficient patient access, advocates for medical marijuana access worry the program will be too small and restrictive to be effective.

However, New York is not the only state facing hurdles in implementing medical marijuana laws. In states across the country, legislators are struggling to enact the regulations necessary for legalized medical marijuana programs to function properly, leaving patients with long wait times and a slew of confusing procedures. Here are seven other states that are struggling to translate their marijuana legalization laws as they exist on paper into the real world.

In 2012, Massachusetts’s voters approved via ballot initiative the legalization of medical marijuana and state-regulated dispensaries, but overcomplicated licensing procedures allowed not a single dispensary to open. Two dozen lawsuits followed a two-and-a-half-year wait for the law to be enforced.

This May, Gov. Charlie Baker overhauled the overzealous licensing protocol of the previous administration to speed up the regulatory process. Things in Massachusetts were looking up, with the first dispensary set to open later this month, but then unprecedented requirements on marijuana’s lead levels proved to be an impossible standard that even grocery store vegetables couldn’t meet. As residents wait for a viable program, confusion about the law has led to the arrest of doctor-certified medical marijuana patients, despite state regulations allowing them to grow and possess their own supply.

Enrollment in Minnesota’s medical marijuana program just kicked off, and patients will be legally able to purchase the plant when dispensaries open on July 1. But with a short list of qualifying conditions for patients (nine) and a low maximum number of dispensaries (eight), the program is one of the strictest in the country. Home growing is banned, along with the smokeable marijuana (but not vaping); rather than allowing the raw cannabis plant, only extracts like oils and pills are OK under the law. Patients face a stiff $200 annual enrollment fee for the program, and a host of regulations may deter physicians from involvement.

Expected to help treat 5,000 people in Minnesota – 0.1 percent of the state’s population – Minnesota’s law has become a template for stringent medical marijuana policies that advocates say place political expediency over patients’ needs. The Minnesota model is reflected in New York’s medical marijuana law, which – among other rules – also bans smokeable, raw cannabis and similarly limits the number of qualifying conditions and licensed dispensaries.

In the meantime, home-grow marijuana is not allowed – now or ever, as the law stands – and less than 2,500 patients have applied for the program. Gov. Rauner is currently sitting on a bill that Congress has approved to extend the trial period up to four years after dispensaries open.

After Delaware legalized medical marijuana back in 2011, the state’s governor, Jack Markell, suspended implementation of the program for years, citing fear of federal intervention and a threatening letter the U.S. Attorney’s Office sent the state in 2012. (Congress banned federal funds from being used to intervene in state-authorized medical marijuana programs this past December.) The law requires one medical marijuana dispensary per county, but authorized patients – there are only 200 of them – are still waiting for the first and only licensed dispensary (a pilot program) to open. It will grow only 150 marijuana plants.

In January of 2010, the New Jersey legislature approved a medical marijuana program set to go into effect six months after enactment, but Gov. Chris Christie’s hard-line objections prompted stifling disagreements between him, the state’s Department of Human Services and the legislature. The first dispensary didn’t open until three years later, in 2013, and its role as the sole provider of medical marijuana in the state prompted complaints from registered patients about limited access and long waits. Today, the state’s program remains only half operational, with just three of the six dispensaries allowed by the law open for business.

Marijuana policy reformers point to New Jersey’s failures as a cautionary tale, especially when discussing other states with similarly restrictive policies. The law permits patients from cultivating marijuana at home, lists only nine qualifying conditions for patients and has stifled doctor participation with licensing regulations. With patient costs reaching $500 per ounce of marijuana, New Jersey’s weed is the most expensive in the country, and largely cannot compete with the cheaper black market.

In 2013, New Hampshire passed legislation allowing just four state-licensed dispensaries to treat patients suffering from only five qualifying medical conditions. The law mandated that the state Department of Health and Human Services approve at least two dispensaries by the end of January 2015. So far it has approved zero. Without legal home grows or a process to even apply for a medical marijuana card, New Hampshire residents who would be covered under the law have no protection from prosecution. Dispensaries are not expected to open until January of 2016; qualifying patients will be able to register for the program a few months before they open shop.

Last week, Gov. Greg Abbott signed a bill legalizing treatment of severe forms of epilepsy with cannabis oils low in etrahydrocannabinol (THC) and high in cannabidiol (CBD), a non-psychoactive component of marijuana. To qualify, patients must have unsuccessfully experimented with two traditional epilepsy medications, and secured the approval of two doctors.

Texas joins more than a dozen states that, since early 2014, have passed legislation legalizing marijuana with high CBD levels and low or no THC levels for the treatment of devastating seizure disorders. This form of marijuana legalization is rarely functional, often because states fail to build the regulations to provide the medicine, or because they rely on federal permission they will not receive while marijuana is classified as a Schedule I drug.

There are also a handful of states, like Louisiana, that have had unworkable “marijuana legalization” on the books since the 1980s. These states, along with ones like Texas that have CBD-focused laws, are uncounted in the generally accepted “23 and DC” tally of U.S. municipalities that have legalized medical marijuana.

All these states demonstrate that, as momentum builds for the increasingly popular yet still relatively new policy reform that is medical marijuana legislation, a variety of factors – from lack of experience to political resistance to logistical failures – leave reality lagging behind the law.

via 7 States Where Medical Marijuana Is Legal But Barely Accessible | Rolling Stone.