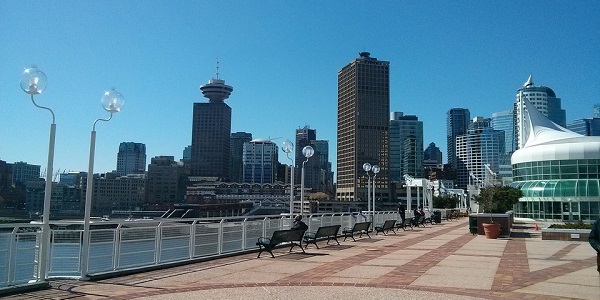 Canadian apartment owners are a worried lot, and “cautiously optimistic” that strict pot regulations will prevail. They are lobbying provinces to amend their legislation. Safety hazards, harsh odor, and unit damage are among the concerns plaguing them. Read more in this post from Bloomberg.

Canadians will soon be able to add marijuana to their collection of household herbs, and that’s creating a nightmare for the country’s landlords.

With Prime Minister Justin Trudeau set to legalize recreational weed in July, apartment owners are concerned about safety and potential damage to their buildings if tenants grow plants and smoke up in their units. Landlords are lobbying provincial governments for legislation that would ban marijuana use in rental units or allow them to add restrictions to lease agreements.

“We’re hammering away at this pretty tirelessly,” said David Hutniak, chief executive officer of Landlord BC, a housing-industry group in the province of British Columbia. “Can you imagine you’re living in a 100-unit apartment, and in theory, there could be 100 grow-ops in that thing? I mean, that’s ridiculous.”

Cannabis stocks have jumped and businesses are primed to cash in on Canada’s long-awaited pot party. Yet federal regulations on recreational use of the drug in the country, where medical marijuana has been legal since 2001, are still being worked out. Proposals include allowing people to smoke in private residences and to grow as many as four plants per rental unit. Provinces have the right to set rules in their own jurisdictions, including age limits for possession of weed and whether landlords can restrict use on their properties. 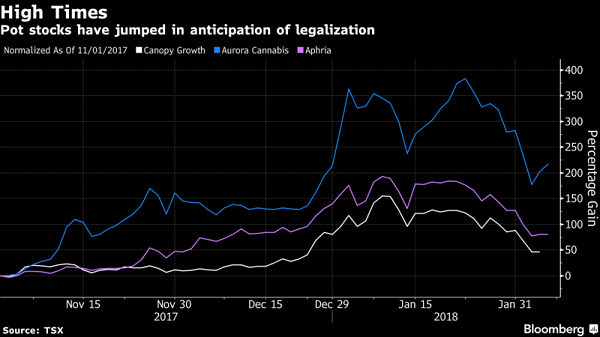 One reason landlords don’t want tenants lighting up is that many rental buildings are fairly old, so “smoke and smells are easily transmitted through hallways between units” and can disturb others who don’t want to partake, said John Dickie, president of the Canadian Federation of Apartment Associations. “It’s going to be quite a problem for people.”

Growing pot requires certain humidity levels that may damage apartment walls, and the electrical wires required to run the operation can start fires, according to Hutniak. Budding plants also give off a pungent aroma that can seep through door cracks.

Failing to implement regulations that allow landlords to ensure smoke-free, grow-free units could lead to higher rents, said William Blake, spokesman for the Ontario Landlords Association. Some provinces, including Ontario, block landlords from extracting damage deposits from tenants, said Blake, who once spent more than C$5,000 ($4,000) to clear the smell from a marijuana smoker’s unit.

“This is not a political issue for us — we care about taking care of our tenants and keeping costs low,” he said. “When we have to pay out thousands of dollars, landlords will want to raise the rents for the next tenants.”

Finding an affordable apartment in supply-squeezed cities like Toronto and Vancouver is already challenging, and vacancy rates are at record lows. For people who use pot, the search may get even tougher: It is “legal and legitimate” for landlords to select tenants who don’t smoke, according to Dickie.

Provinces for the most part are still working out rules for recreational pot. Some seem more inclined to consider the landlords’ concerns than others.

A representative for British Columbia’s government said regulating weed consumption and cultivation are among key policy areas the province is considering. In contrast, Ontario said it has no plans to change its rental-housing legislation, which gives tenants the right to “reasonable enjoyment” of their homes, yet allows for eviction if they cause damage.

In Quebec, apartment leases that prohibit tobacco smoking may also apply to marijuana, according to a statement from the province. Saskatchewan has introducedan amendment permitting apartment owners to restrict pot use.

The landlords’ concerns sound a little far-fetched to Connor Brink, who said he grew marijuana in the closet of his onetime Montreal apartment with no issues. The small space contained any smells, and there was no damage from humidity, even though the plants needed daily misting, said Brink, 24. He said the 400-watt light he used caused no damage in his apartment and would be decent for cultivating four plants — more than enough marijuana, in his view, for a recreational grower.

“There’s a lot of things that these plants need attention with, and it’s really sensitive,” he said. “So just being able to tap out all those issues for maintenance for four plants, nobody’s going to want to grow more than that.

For a glimpse at their future, Canada’s landlords need only look toward the U.S., where recreational weed has been legalized in nine states plus the District of Columbia.

Colorado, which started legal sales in 2014, and California, where they began on Jan. 1, are among states where building owners have the right to restrict or prohibit use and growth of cannabis on their properties, and can incorporate a crime- and drug-free clause into their lease agreements. Not to mention it’s also easier for U.S. landlords to restrict pot because it’s illegal federally.

“There’s a conflict between state and federal law so nobody knows how to reconcile the two,” said Jamie Sternberg, a partner at the San Diego-based law firm Kimball, Tirey & St. John LLP. “A lot of people are very adamant about not wanting smoke around them or their families, but we have other people that think they have the right to smoke in the privacy of their own home. I think ultimately, over the next 10 years, smoking will not be allowed in multifamily housing, but we’re not there yet.”

Canadian landlords are “cautiously optimistic” that strict pot regulations will prevail, said Dickie of the Canadian Federation of Apartment Associations. One issue that’s still up in the air is whether old leases that don’t explicitly restrict marijuana could be amended, and in Ontario, at least, that appears remote, he said.

Even Brink, now the owner of a home in Vancouver that he’s thinking about renting out, is at least partly on the same page as the landlords. While he had no problems with his Montreal grow-op, and the closet looked pristine after a cleaning, he said he was terrified of accidentally pouring water over the electrical wire.

“You could potentially cause a fire or short-circuit the whole grid in your building,” he said. “It never happened to me, but I was always afraid that could happen. And that’s the thing, right? How can you determine, as a landlord, who’s going to be a vigilant pot grower?”