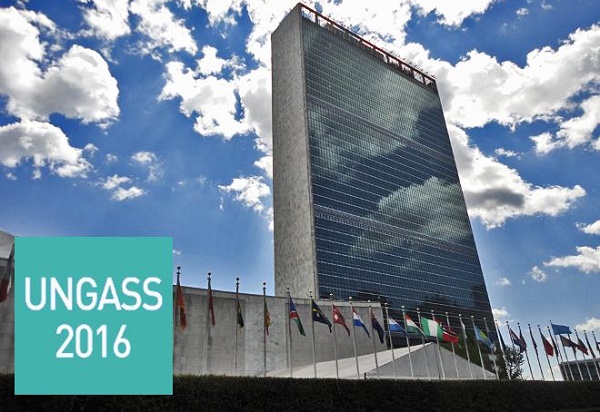 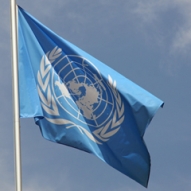 More than 1,000 international leaders – prominent in the fields of politics, health, academics and entertainment – havepublicly called for a “new global response to drugs,” in advance of an upcoming United Nations session.

The UN is currently holding a General Assembly Special Session (UNGASS) on drugs, at its New York headquarters. The three-day session involves a meeting of the UN’s member states, in which global drug policy priorities are being discussed and, hopefully, reassessed.

The UN has influenced international drug policy for over half a century. In 1961, it instituted the Single Convention on Narcotic Drugs – formalizing a list of substances (including marijuana) to be classified as internationally illegal. Unlike typical UN documents – which make use of objective and factual statements – the Single Convention includes biased and subjective phrasing, including the description of drugs as a “serious evil”. This 55 year-old convention remains the legal backbone of modern drug policy, which is considerably contributory to mass incarceration in the United States, as well as violence, corruption, and human rights abuses in Latin America and Southeast Asia.

To push for reform at the UNGASS – the first concerning drugs since 1998 – the Drug Policy Alliance has published a public letterto Ban Ki-moon, the Secretary General of the UN. The letter decries the international status quo of criminalizing drug use, advocates the introduction of evidence-based harm-reduction programs, and calls on Mr. Ban to show leadership in the changing international consensus on drugs.

To publicize the letter, we organized over 60 actors – dressed in the attire of the alcohol prohibition era – to distribute hundreds of copies of the Post-Prohibition Times outside the UN. The one-off publication included the full text of the letter, and listed the names of all those who had signed. The striking message, as well as the prominence and magnitude of the signers, may have ruffled some feathers in the UN – as their response was wholly unprecedented; the UN, seemingly, added our publication to its list of prohibited items.

UNGASS attendee, Natalie Lyla Ginsberg described how UN security began confiscating copies of the newspaper from everyone entering the building; “I went back to ask the security guard why, and he said […] he was just following orders”. This attempt to silence or snub dissent is, unfortunately, reflective of the UNGASS as a whole.

The potential for the UNGASS to directly change international or individual countries’ drug policies is minimal. Support for harm reduction measures and the end of possession criminalization is growing in parts of Europe and Latin America. However, adherence to the status quo of prohibition – and even support for intensifying the drug war – remain strong across the Middle East, Asia, and Africa, with rare exceptions.

This lack of international agreement is the main obstacle to progress at the UN. For example, Portugal – which decriminalized the possession of all drugs in 2001 – stands in stark contrast with Indonesia – which executed eight drug offenders last year by tying them to poles and shooting them with assault rifles.

The Drug Policy Alliance, and many other advocates of reform, view the UNGASS as an opportunity to reignite the debate – and increase international awareness of the millions of lives, and billions of dollars, being needlessly lost due to the war on drugs. The professional and regional diversity of our letter’s signatories is indicative of the growing consensus that, as our letter describes, “Humankind cannot afford a 21st century drug policy as ineffective and counter-productive as the last century’s.”

The signatories of our letter join us in hoping that countries’ delegates to the UN will bring an open mind to the session, so that future generations won’t be subject to the abuse and repression that continue to blight many of the world’s most vulnerable and marginalized.