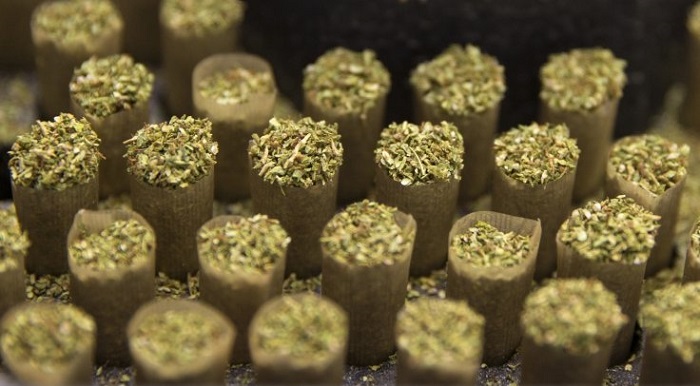 A study in the U.S. finds three-quarters of cancer patients would like to hear more about legal cannabis from their doctors. Read more about the findings in this post from International Business Times!

Cannabis is extremely popular among cancer patients in states where it is legal, a study in the US has found.

Cancer patients use cannabis to improve symptoms such as nausea and pain associated with their treatment, or the psychological burdens of stress, depression and insomnia. So well-known is the link it’s been shown in The Big C, a popular TV drama about a cancer patient.

Seattle, Washington, is one place where the use of cannabis, both medically and recreationally, is permitted under state law. A total of 926 patients at the Seattle Cancer Center Alliance took part in a study on cannabis use, published in the journal Cancer.

The patients reported using it primarily to relieve their physical symptoms and improve their psychological well being. Most said that they were very interested in learning more about cannabis as part of their cancer treatment. They said they would prefer to hear about it from a doctor, but realistically would be more likely to get the information they needed from outside the medical system.

Medical or recreational cannabis is not for all cancer patients, the study authors noted, and may lead to unwanted side-effects. Given this, it would be better for patients to have access and feel comfortable raising the topic with medical professionals, they said.

“Cancer patients desire but are not receiving information from their cancer doctors about marijuana use during their treatment, so many of them are seeking information from alternate non-scientific sources,” said study author Steven Pergam, a doctor at the Fred Hutchinson Cancer Research Center.

“We hope that this study helps to open up the door for more studies aimed at evaluating the risks and benefits of marijuana in this population.

“This is important, because if we do not educate our patients about marijuana, they will continue to get their information elsewhere.”

Source: A quarter of cancer patients use cannabis to feel better, where it’s legal