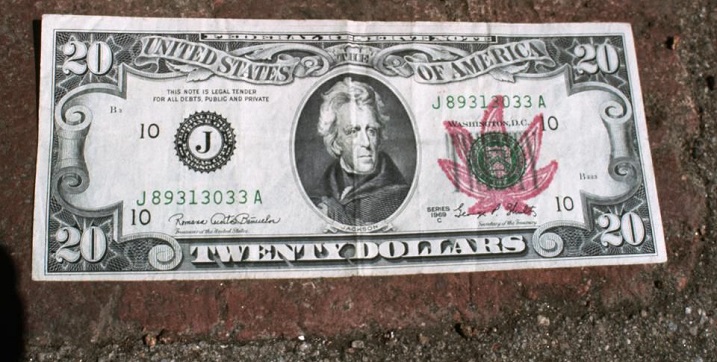 The $9 billion industry of legal marijuana is one of the strongest growth areas of the U.S. economy, yet most banks won’t touch it. This post from Forbes highlights the banking crisis faced by legal cannabis.

Imagine an industry with $9 billion in sales — equivalent to the entire snack market — where only 30% of businesses had a bank account. That’s the situation we face today in the legal marijuana business. Hardworking commercial operators are struggling to find banks that will work with them, forcing these entrepreneurs to conduct most business with cash. Serious security concerns and a lack of funding to scale these businesses are just two of the unfortunate outcomes.

While medical marijuana is legal in most U.S. states, it remains illegal under federal law, and is currently labeled a Schedule 1 drug under the Controlled Substances Act. That puts cannabis, a powerful plant offering significant medical benefits, on par with such harmful narcotics as heroin, at least in the eyes of the federal government.

There are many challenges our growing industry faces because of federal prohibition and the current scheduling of cannabis, but arguably the most daunting is this: Any bank that provides services to a legal marijuana business faces possible criminal prosecution for “aiding and abetting” a federal crime and money laundering.

Banks may choose to service a legal cannabis operator, but the government requires them to file a suspicious activity report for every transaction involving a marijuana business. These rules extend beyond the marijuana operator itself to any company it interacts with, from accountants to cleaners, resulting in mountains of red tape and expense that most banks simply choose to not deal with. Those that do pass on the cost as exorbitant fees to marijuana firms, most of which choose instead to work with cash.

The current banking situation dampens activity in one of the strongest growth areas of the U.S. economy. Cannabis is expected to grow to $50 billion in just a few years, according to the financial services firm Cowen & Co. Job website ZipRecruiter.com says the marijuana industry is the fastest-growing employer in the national economy — employing some 160,000 people, Marijuana Business Daily reports. That’s roughly the number of U.S.kindergarten teachers, or three times as many people who work in the coal industry.

Still, most marijuana business owners cannot accept credit cards, pay their payroll taxes by check or make wire transfers to other businesses. “It’s now up to Congress to address this banking crisis and align federal and state laws,” Reps. Ed Perlmutter (D-CO) and Denny Heck (D-WA) write in The Hill, hoping to build support for their SAFE Banking Act, which would solve the problem and get money from this legal business into regulated banks.

Businesses need sensible regulations and access to commercial banking services just like plants need sun and water to thrive. Without banking, dispensaries cannot access loans to expand their business and add new staff. Armored trucks and armed security guards are needed to transport and protect all the cash.

One Nevada medical marijuana dispensary owner recently sent me a picture that illustrates the problem. It showed $2 million in $20 bills. Ironically, this particular $2 million was being prepared for hand-delivery to the Internal Revenue Service to pay taxes that the business cannot pay via bank.

There’s another unexpected victim in all this too — small businesses that have no connection with the marijuana trade. Because the marijuana industry cannot deposit cash in banks, those banks in turn cannot make loans using those assets. If the industry were able to deposit $9 billion in banks, the banking system would be able to loan billions to other businesses. How? Under banking reserve requirement rules, for every $10 a bank has on deposit, it has to keep only $1 on deposit and can loan out the other $9. When you stop an entire economic sector from depositing its revenues in banks, you deprive countless small businesses of valuable loans.

This situation can be easily fixed by the Treasury Department if it assures banks that they will not be prosecuted for taking money from legal businesses, or more substantively by Congress passing a law that sets out sensible banking rules. As former Treasury official and current Brookings Institution Fellow Aaron Klein writes, “If regulators continue to not step in, Congress needs to use its legislative power to establish a reasonable compliance regime, if it can’t see its way to taking marijuana off the list of Schedule 1 drugs altogether.”

Federal banking restrictions also mean that cannabis firms cannot list on the U.S. stock exchanges and are instead turning to Canada. For example, California-based MedMen Enterprises recently listed on the Canadian Securities Exchange, because, as Chief Executive Officer Adam Bierman says, “We can’t list on NYSE or NASDAQ; we have to end prohibition first.”

This arcane set of circumstances is setting up Canadian investors to get rich from the success of the U.S. cannabis market. In fact, Canadian finance firms are already setting up options contracts to be able to buy shares in cannabis firms in the future, once prohibition ends.

Unless Washington wants to clamp down on the growth of one of the fastest-growing industries in the U.S. and hand over control of that sector to our Canadian neighbors, it’s time for sensible banking laws.