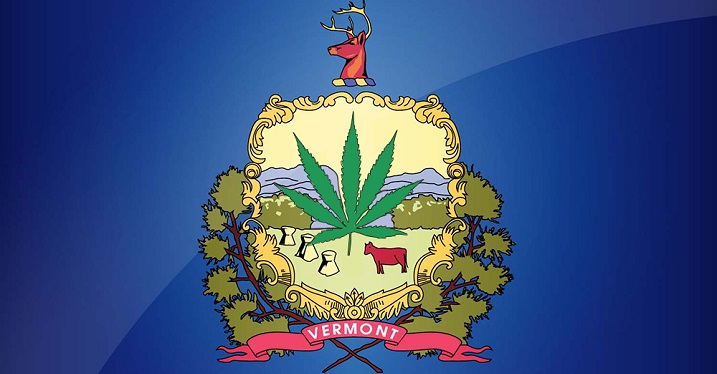 Vermont will be the next US state to have legal cannabis, and the first to legalize recreational cannabis via the legislative process. Read more in this post from GreenCamp.

The Senate of the state of Vermont passed a bill yesterday to allow free use of recreational cannabis, making it the first state on American soil to achieve legalization via the legislative process, unlike all other states who underwent ballot initiatives.

This bill will allow users 21 years of age and older to bear up to one ounce of cannabis, two fully-grown, and four immature plants. The retail sales haven’t been decided yet, and a special commission is created to analyze and determine to best possible strategy for regulation and taxing.

It’s anticipated that the Governor of Vermont Phil Scott will be signing the bill shortly, which passed the Democratic-run Senate by vote, while the House of Representatives passed the bill during last week.

The legalization is expected to begin on the first of July 2018.

This liberal standpoint on cannabis places Vermont directly in opposition with the Trump administration, with US Attorney Jeff Sessions reversing the Obama-administration policy, making it easier to enforce federal laws and banning cannabis in eight states where it’s already been made legal.

Matt Simon, who’s the political director of the pro-legalization organization Marijuana Policy Project, commented on this:

“Vermont in particular doesn’t care very much what the attorney general thinks. With the way this bill is written, having a few plants, there’s nothing that the feds could do even if they wanted to.”

Several law enforcement groups in Vermont have been steadily criticizing the upcoming legalization, stating that cannabis is potentially a serious health hazard, and that there’s no simple way to determine the intoxication of drivers with marijuana.

On the other hand, cannabis advocates and enthusiasts feel that the legalization will bring the end of the black market and create an increase in tax profits.

According to an investigation conducted by the Marijuana Policy Project, the first five states that legalized pot in the US (Colorado, Washington, Oregon, Alaska and Nevada), generated over $485 million in tax revenue in the first nine months of 2017 from cannabis sales.

Source: Vermont will be the next US state to legalize recreational cannabis