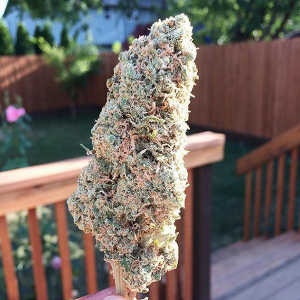 A survey concludes that patients with access to legal cannabis typically reduce their consumption of prescription pills, booze and hard drugs. This post from The Weed Blog reports the findings of Canadian investigators who assessed the habits of 473 legally recognized medical cannabis patients.

Patients who possess legal access to cannabis frequently substitute it in place of alcohol and prescription drugs, according to survey data published online in the journal Drug and Alcohol Review.

Investigators from the University of Victoria in British Columbia assessed the influence of medical marijuana access on other drug-taking behaviors in a cohort of 473 Canadian adults licensed to engage in cannabis therapy.

Rates of substitution were highest among respondents between the ages of 18 and 40. Patients using cannabis for pain were most likely to use pot as a substitute for prescription drugs.

Authors concluded, “The finding that cannabis was substituted for alcohol and illicit substances suggests that the medical use of cannabis may play a harm reduction role in the context of use of these substances, and could have implications for substance use treatment approaches requiring abstinence from cannabis in the process of reducing the use of other substances.”

Evaluations of patients enrolled in state-specific medical marijuana programs, including those in Arizona, California, and Rhode Island, yield similar results — finding that patients are particularly likely substitute cannabis for opioids. According to a recently published National Bureau of Economic Research report, states that permit qualified patients to access medical marijuana via dispensaries possess lower rates of opioid addiction and overdose deaths as compared to states that do not.

An abstract of the study, “Substituting cannabis for prescription drugs, alcohol and other substances among medical cannabis patients: The impact of contextual factors,” appears online here.