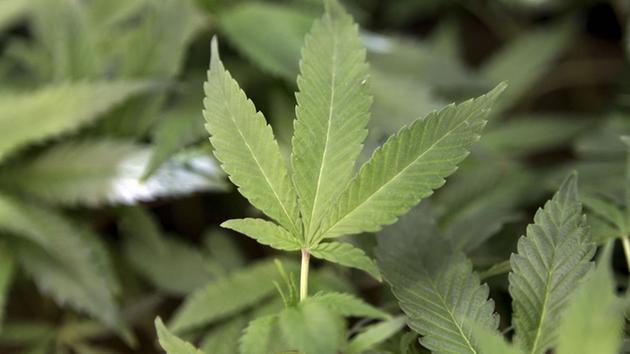 This post from abc7chicago.com takes a look at the state of legal weed in Washington, a year after stores opened on July 8, 2014.

Washington launched its second-in-the-nation legal marijuana market with just a handful of stores selling high-priced pot to long lines of customers. A year later, the state has about 160 shops open, tax revenues have soared past expectations and sales top $1.4 million per day.

And who knows – the industry might even start making some money.

Washington pot farmers, processors and retailers have complained all year that heavy state and federal tax burdens, along with competition from an unregulated medical marijuana market, have made it difficult for them to do business.

But at least some relief is here: This month, two new laws take effect, one to regulate and tax medical marijuana, and one to cut Washington’s three-level excise tax on pot to a single, 37-percent tax.

Despite some industry gripes and those tweaks to Washington’s legal pot law, which voters passed in 2012 to legalize marijuana for adults over 21, officials and legalization backers say the state’s slow and deliberate effort to regulate marijuana has been a success.

A year after stores opened on July 8, 2014, here’s a look at the state of legal weed here.

Washington’s racked up more than $250 million in marijuana sales in the past year – roughly $62 million of which constitute marijuana excise taxes. That’s beyond the state’s original forecast of $36 million. And when state and local sales and other taxes are included, the total payday for the state and local governments tops $70 million.

That’s real money, if only a drop in Washington’s $38 billion two-year budget. Colorado’s recreational sales began Jan. 1, 2014, and brought in taxes of $44 million in the first year.

The tax revenue could continue to keep climbing.

And as other states watch Washington and Colorado, the only other state with legal marijuana sales, bring in more money, they’re ever more seriously considering following suit, as Oregon and Alaska have already.

“Nobody’s counting on the revenue from cannabis sales to save us, but it has an impact,” David Zuckerman, a Vermont state senator and legalization advocate, said during a recent visit to Seattle. “The more important thing is that the sky didn’t fall in Colorado. The tidal wave hasn’t hit Seattle. They’re showing us that this can be done.”

The flip side has been the burden of the taxes on pot businesses, with marijuana taxed 25 percent each time it moves from the growers to the processers to the retailers. That’s been especially tough on retailers, who must pay federal income tax on the marijuana tax they turn over to the state.

“I’m basically doing this for free,” Lathrop says. “Nobody’s gone out of business, but I’m not driving a new truck either.”

It hasn’t been much easier on the growers.

“Looking back now, it’s amazing we could be so successful and unsuccessful at the same time,” says Jeremy Moberg, a long-time black-market grower who went legal and now runs CannaSol Farms in north-central Washington. “We’re the No. 9 grower in the state, and my bank account just seems to stagnate.”

The new tax rate should help. The law makes clear that the 37 percent tax is the responsibility of the customer – not the retailer. That means stores won’t have to claim that money as income on their federal filings.

With few growers harvesting by the time the first stores opened, the average price of a gram of legal marijuana spiked to nearly $30 last summer – about three times the cost in medical marijuana shops. But prices have been dropping as more weed gets harvested. In fact, Washington has harvested 13.5 tons of marijuana flower intended to be sold as bud, but stores have only sold about 10 tons.

Some of the excess can be turned into marijuana extracts, such as oil, but the harvest has helped drive down the prices to an average of about $11.50 per gram.

Nevertheless, Lathrop says that in addition to tourists eager to visit the city’s historic first legal pot shop, his clientele primarily consists of customers in the 25-and-older range.

“It’s a more of an adult demographic, but that’s OK,” he says. “They have jobs and they can afford to buy the product.”

Rick Garza, director of Washington’s Liquor Control Board – soon to be renamed the Liquor and Cannabis Board – says he’s most proud of Washington’s efforts at meeting the top priorities the Justice Department laid out when it announced it would allow Washington, Colorado and other states to regulate marijuana: keeping criminal organizations out of the industry, keeping the marijuana in-state and keeping pot away from kids.

The state adopted background checks and financial investigations of pot-license applicants, and capped the total amount of production to try to keep it in line with in-state demand.

While public health advocates say they wished the state had done more to stress the potential harms of pot to teens, the state required strict packaging and labeling requirements to keep children from getting into the weed. Products that appeal to kids also remain banned – no marijuana cotton candy or gummy bears.

Those will remain priorities as the state moves forward with the big task of merging the recreational and medical markets, Garza says.

Less of a concern, he says, is competition from the next state to offer legal marijuana sales: neighboring Oregon. So far, the stores in Vancouver, just across the Columbia River from Portland, Oregon, have been some of the top-selling stores in the state. The flow of customers across the river will likely reverse as Oregon’s medical marijuana stores are allowed to start selling for recreational use this fall.

“This isn’t the first time people have gone to Oregon to buy something either because it’s cheaper or because they don’t apply sales tax,” he said. “We saw it for liquor, we see it for tobacco.”