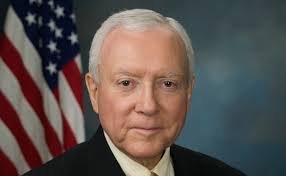 This post from St. George News reports that a legislation to decriminalize therapeutic hemp, used to fight seizures, has been proposed to bring relief to thousands of suffering children nationwide.

Sen. Orrin Hatch, member and former chairman of the Senate Judiciary Committee, along with Sens. Cory Gardner and Ron Wyden and Senate co-sponsors Johnny Isakson, Jeff Merkley and Michael Bennet, announced Wednesday they are introducing the Therapeutic Hemp Medical Access Act of 2015 in the United States Senate to exempt from the Controlled Substances Act strains of therapeutic hemp used to fight seizures in children and adults suffering from intractable epilepsy. A complete copy of the proposed legislation is included under resources at the close of this report.

“This bill would provide children and adults alike with access to medicine they need to treat life-threatening conditions,” Gardner said. “Making this medicine available nationwide is the right thing to do and would help families cope with these serious illnesses.”

These strains, which include the commonly known Charlotte’s Web, contain less than 0.3 percent of tetrahydrocannabinol, or THC, the psychoactive component of marijuana, and have significant medical benefits because of high concentrations of cannabidiol, or CBD.

This important legislation will help bring relief to thousands of suffering children nationwide. Cannabidiol has been shown to dramatically reduce seizures in children with intractable epilepsy. At the same time, it does not produce any sort of ‘high’ because the THC content is so low.

Although I remain steadfastly opposed to marijuana legalization, I recognize that certain compounds in the marijuana plant may be useful for treating medical conditions. Where, as with cannabidiol, it is possible to isolate these compounds in a way that eliminates any sort of psychoactive effect, I support allowing people to use them to treat illness and improve their lives.

Other anti-seizure treatments are ineffective more often than not, but families have found success using therapeutic hemp oil, which is legal in the majority of states but still banned under the Controlled Substances Act.

“We shouldn’t let outdated federal drug policy get in the way of medicine that could make a huge difference in the lives of struggling children,” Merkley said.

The conflict between federal and state law has forced many families to choose between their homes and adequate treatment for their loved ones. This legislation would lift federal prohibitions on this treatment option and provide access for patients across the country.

The bill has the support of the Epilepsy Foundation, a national nonprofit group that advocates for individuals and families impacted by epilepsy and seizures. It is also supported by The Coalition for Access Now, a nonprofit organization led by families advocating for this important therapy.

“Cannabidiol has shown it can significantly reduce the number of seizures for kids with epilepsy,” Bennet said. “No parent wants to see their child suffer. At the very least, we should ease these restrictions to ensure that families have access to the medicine that their kids need.”

Gardner and Wyden, fellow co-sponsors, and members of families affected by the legislation held a press conference on Wednesday on the Capitol grounds.

Oregon voters have spoken clearly in favor of laws that allow the medical and recreational use of marijuana, but federal laws are out of step and needless barriers remain. Caught in the middle are kids and other patients who suffer from debilitating seizures that could be more effectively treated with easier access to medically effective CBD cannabis strains. That’s what this bill does, and that’s why it’s important. This bill will make it possible for people in need to get access to a potential lifesaver and to live healthier, more carefree lives. I thank Senator Gardner for his work on this issue, and I urge all my colleagues to embrace this legislation.

This legislation will ensure that families of children suffering from seizures have access to treatments that can provide them with a better quality of life. The legislation also removes federal barriers for Georgia families who want to bring the cannabis oil back to Georgia in order to administer medical treatment in the comfort of their own home. I’ve always been a supporter of research and innovation as a leading driver in finding new and improved treatment options for those affected by diseases and disorders.

In the years since marijuana was legalized in Colorado, many individuals and families have flocked to the state in order to obtain the medicine for themselves or loved ones suffering from conditions that are treated by the drug. Legalizing this medication nationwide would prevent families from having to uproot and move long distances just to have access to medicines available in some states but not others.

Submitted by the offices of Sen. Orrin Hatch