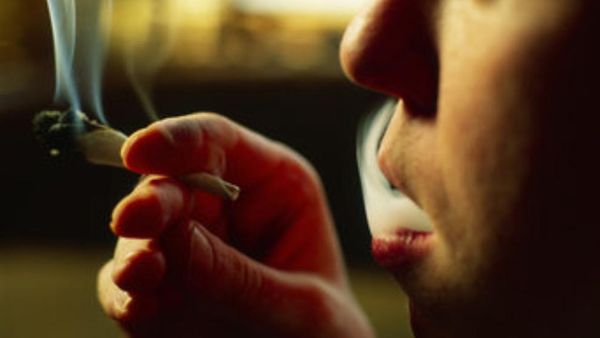 Check out if cannabis use is putting your health at risk and to what extent. This post from Dinafem Blog helps spot the differences between cannabis use and misuse.

Do we make good use of cannabis? Where is the line between use and abuse? Cannabis is not an innocuous substance, it has an impact on the organism, which can be positive or negative depending on the circumstances. The amount, the frequency and the type of use are key factors that condition the effect it has on us. This chapter of the Dinafem Guide to Risk Reduction will focus on the parameters that draw the line between use and abuse.

In the last decades and as a direct result of the illegal status of marijuana, we have witnessed a fierce battle between its advocates and opponents, who provide biased information either demonizing the plant or defending its innocuousness and benefits. We need to understand that cannabis is a substance that interacts with our body and mind – an interaction that is not without consequences – and the only way to do so is through reliable, fact-based information.

Drawing the thin line that separates cannabis use and abuse is not an easy task, as to properly analyse the hazards associated with the use of any drug, a number of factors need to be considered: the user’s sociocultural and economic and political context, his lifestyle and physical and emotional condition, the availability of the substance and the route of administration. Where is the limit between cannabis use and abuse? The answer is something each user will have to learn to asses. Recognizing when use becomes abuse could be the first step to changing some dynamics and to adopting responsible consumption habits.

In the case of cannabis, particularly significant factors are the type of use, the frequency and the dose. In fact, a number of studies have proved that the effects on the human body vary dramatically with occasional and chronic use. This is due to the bimodality of cannabinoids, whose effects can be completely opposite depending on the dose.

What is cannabis use?

We talk of use when it has virtually no negative impact on the user or on society. Consumption tends to be moderate, occasional and safe, fulfilling the user’s needs. That said, and as we have mentioned above, establishing frequency and dose parameters is not easy, it is a highly relative concept that depends on the circumstances of each user.

What is cannabis misuse?

Drug misuse is defined as the self-administration of a substance for a purpose other than the socially or medically accepted and that can lead to physical dependence upon prolonged use. As complement to the definition, excess cannabis consumption (in terms of quantity or frequency) that results in negative consequences for the user or their environment can be regarded as misuse too.

There are different patterns of cannabis misuse:

1-Misuse related to quantity and/or frequency

It is associated to compulsive patterns of use, that is a regular protracted use characterised by a high frequency and dose. In most cases:

-The substance becomes a need. It stops being just a tool and becomes a physical or psychological need that alters the user’s behaviour and personality, influencing even certain social behaviours, i.e. “I can’t travel to a country where I can’t use cannabis”.

2-Misuse related to the negative effects of cannabis consumption

In this case, consumers overlook the harmful effects of cannabis and keep the same consumption habits regardless of the harm they might be causing to themselves or the people around them. We can divide them in two groups:

High risk groups: some people have a higher risk of suffering the harmful effects associated to cannabis consumption.

Personal circumstances: there are some personal circumstances that may increase the risk of suffering the negative consequences of cannabis. Even if the level of dependency it can develop is considered to be low when compared to other drugs, irrespective of the substance and its characteristics, the personal vulnerability of the user must be taken into account.

As we mentioned before, the thin line that separates use and misuse is not easy to draw. That said, reflecting on how you use cannabis, how often, in which amount and, above all, why, can help you work out if you are putting your health at risk and to what extent. Reflection is the first step towards risk reduction and responsible consumption.

Source: Differences between cannabis use and misuse