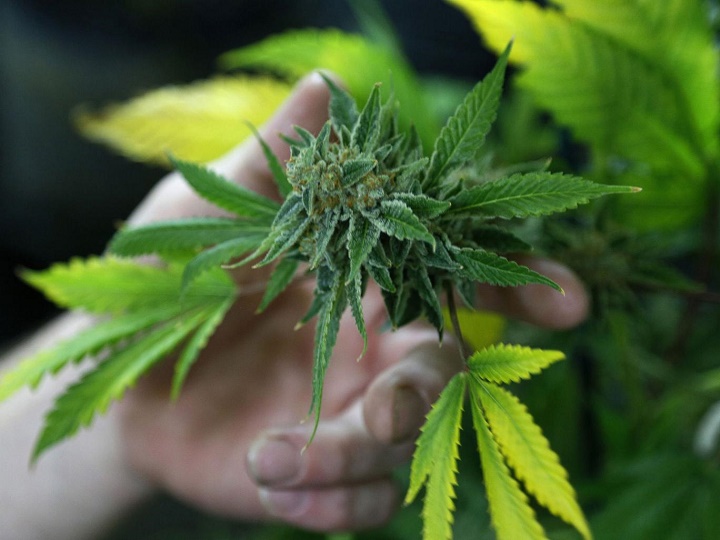 U.S. researchers say persistent marijuana use has no negative effect on physical health, aside from a link with gum disease. This post from The Independent considers what this means for the legalization of pot!

Long-term marijuana use is not associated with a raft of physical health problems, according to a new study, with one surprising exception: gum disease.

What they found was surprising: After controlling for other factors known to affect health, especially tobacco use and socioeconomic status, marijuana use had no negative effect on any measure of health, except for dental health. People who smoked more weed had a higher incidence of gum disease.

The cause is something of a mystery. Meier and her colleagues did find that heavy pot users were less likely to brush and floss than their not-pot-using peers. But even after controlling for dental hygiene, the relationship between marijuana use and poor dental health persisted.

“In general, our findings showed that cannabis use over 20 years was unrelated to health problems in early midlife,” the study, published in the journal JAMA Psychiatry, found. “Across several domains of health (periodontal health, lung function, systemic inflammation, and metabolic health), clear evidence of an adverse association with cannabis use was apparent for only one domain, namely, periodontal health.”

So, something interesting happens to weed after it’s legal. In some domains, marijuana use was associated with better health outcomes: “Findings showed that cannabis use was associated with slightly better metabolic health (smaller waist circumference, lower body mass index, better lipid profiles, and improved glucose control),” the study determined. However, these associations were fairly small and by no means strong enough to recommend regular bong hits as a weight management strategy.

The findings were more striking when measured against the effects of tobacco use over a similar period. “By comparison, tobacco use was associated with worse periodontal health, lung function, systemic inflammation, high-density lipoprotein cholesterol levels, triglyceride levels, and glucose levels in early midlife, as well as health decline from ages 26 to 38 years,” the study found. Despite some public health concerns about legal weed being “the next Big Tobacco,” marijuana’s toll on physical health appears to be far smaller.

This, too, is something of a mystery, but it may be at least partly a question of volume: a heavy marijuana user may light up several joints over the course of a day, but a heavy tobacco user may go through several packs of cigarettes in a day. In other words, a heavy cigarette smoker is inhaling a lot more smoke than a heavy pot user. And all that smoke may take a steeper toll on health.

“The general lack of association between persistent cannabis use and poor physical health may be surprising,” Meier and her colleagues write. In part, this is because other studies have shown a link between marijuana use and poor health in middle age, especially cardiovascular health.

But Meier’s research is unique in that it uses longitudinal data, tracing the health of the same individuals from birth in the early 1970s to age 38. Many other studies on the physical health effects of marijuana use rely on observations at a single point in time, which is useful but less reliable for tracking effects over a lifetime. Many of these other studies also use respondents’ self-assessments of health, which can sometimes be unreliable. But in Meier’s data, the study participants had their health assessed by trained professionals in a laboratory setting every few years.

It’s also worth pointing out that this particular study looked at the impact of long-term marijuana use on physical health, but not on mental health. Meier has in fact used this same data set to explore questions of mental health effects, famously finding evidence of declining IQ among persistent marijuana users. But a number of follow-up studies by other researchers found no similar evidence of cognitive decline related to marijuana use.

Featured image: Democrats and marijuana activists across the US are monitoring Florida’s quest to become the first state in the South to legalize some marijuana use. Reuters.

Source: Long-term marijuana use is not associated with a raft of physical health problems, says study | The Independent