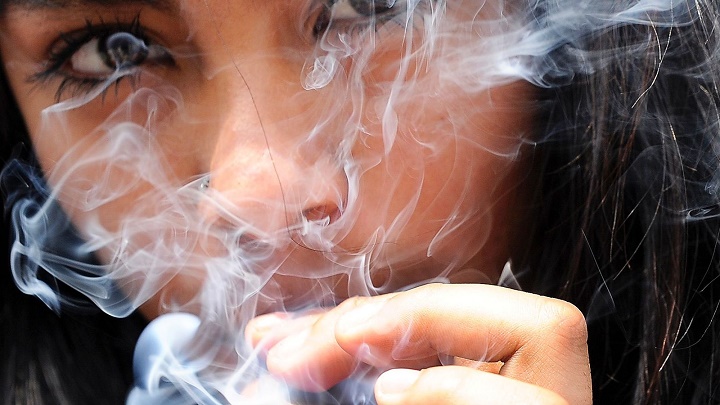 If you’re going to combine marijuana and sex, here’s what to expect. This post from Mic.com discusses how weed affects your sex drive and may be a performance-enhancing drug after all.

Many people find that the former can greatly enhance the latter. And this effect doesn’t seem to be gender-specific: Weed has been called “the natural Viagra,” while some cultivators have bred aphrodisiac strains targeted at women.

If you haven’t combined sex and weed yet, the idea of mixing the two can be a bit daunting. Here’s what to expect — and what to keep in mind — if you’re thinking about lighting up with your boo in the bedroom.

How marijuana can improve sex

As with all of marijuana’s reported effects, there’s no guarantee that it’ll spice up your sex life; the reaction is highly dependent on the situation and the people involved.

Nevertheless, the general sense of uninhibited wellbeing is a commonly cited benefit, according to Dr. Anne Ridley, a clinical sexologist and psychotherapist as well as the owner of Modern Aphrodite, a pleasure boutique in Santa Fe, New Mexico.

“Because of the wide range of strains out there … what may have the arousing or aphrodisiac-like affect on one may not on another,” Ridley said in an email. “But typically what I hear from my clients (as well as my own personal experience) is that they feel more relaxed — physically and mentally — in a way that allows them to better connect in the moment to their partner.”

That may be due to the “euphoric” feelings brought about by THC, the psychoactive ingredient in marijuana.

Our brains reward circuitry, responsible for the feelings of gratification we associate with sex, is also packed with cannabinoid receptors activated by this chemical — so in a sense, marijuana users are doubling their pleasure when they fool around high. There’s evidence, too, that marijuana opens up new, creative patterns of thought, which can certainly be a plus for lovers.

“As a woman, having an orgasm is as much about your brain as your body,” Ness — a model for the adult lifestyle brand SuicideGirls, which now markets a line of marijuana vape pens — wrote in an email. (Models with SuicideGirls go by their first names only.) “Cannabis can help change your headspace and ease your mind. I feel less self-conscious and more relaxed when I smoke before sex, and I find that makes the sex more enjoyable for me.”

Peneloppe, another SuicideGirls model, said in an email that smoking helps her “escape everything that makes me human: my problems, worries, stresses, my phone notifications and work schedule changes — and just be the animal version of me long enough to lose myself in sex.”

Besides the cerebral rush, Ridley said, people’s “erogenous zones may become more sensitive and thus increase the degree to which they can receive pleasure.” In a 2008 study of motivations for using cannabis, Canadian sociologists noted similar claims of heightened sensory awareness:

Eighteen participants (9 females and 9 males) in the present research reported that sex was enhanced when using marijuana and reported positive effects such as increased “libido,” “more control,” “lowering of inhibitions,” and increased sensitivity to touch. … Marijuana was seen to especially enhance or intensify the sexual experience because it relaxed participants and allowed them to focus on the physical sensations.

“In my opinion,” Ridley noted, “cannabis aids in removing the usual blocks and barriers to intimacy (such as negative body image, performance anxiety, and pain during intercourse) so that positive sexual and emotional moments can be shared.”

How much weed should you consume before sex?

When it comes to making weed part of your foreplay, less can be more, according to Ashley Manta, a sex educator who has developed an entire lifestyle brand — CannaSexual — around the combination of weed and sex.

This is also where microdosing — or strictly controlling your THC intake by ingesting very small, exact amounts — can come in handy.

“I suggest using the smallest amount possible to get the effects you’re looking for,” Manta said.

Remember that the golden rule of edibles, ‘start low, go slow,’ can easily be applied more broadly to cannabis and sex. Too much THC can cause paranoia, which is not at all conducive to arousal and sexual enjoyment. I suggest starting with 2.5mg THC for newer users, and 5-10mg THC for moderate users. Before adding more, wait 20-30 minutes for inhaled products and a full 2 hours for edibles.

Establishing your marijuana thresholds and baselines — like sexual partners feel out one another’s boundaries and preferences — is critical to successful stoned sex. “From that place of knowledge, you can negotiate with a partner to decide what kind of sex you want to have that particular day, and what strains/products will help you get there based on your needs,” Manta said.

You don’t have to get high for weed to make sex better.

Mixing marijuana and sex isn’t necessarily about getting so blunted you can’t tell which way is up in a 69. Instead, you might take it as an opportunity to explore weed’s low-key pleasures.

“There are ways to utilize the positive effects of cannabis — relaxation, pain relief, anxiety reduction, to name a few — without experiencing a psychoactive high,” Manta said. “One method is utilizing topical products like massage oil or employing a product that has a 1:1 CBD to THC concentration. Cannabidiol (CBD) is a cannabinoid also found in the plant that has no psychoactive effects but helps bring the body into homeostasis.”

Ridley, meanwhile, is a fan of Foria, a cannabis-based lubricant for vaginal use: “It’s not a mental high, since it is applied by a spray onto the vulva,” she noted.

What I can say about this topical cannabis is that it directly relaxes the female sex organs and increases arousal while decreasing pain. More women than one would think experience some sort of pain either on the outside or inside of the vagina, sometimes due to hormonal or menstrual cycles, as well as certain positions or trauma after childbirth or otherwise. Cannabis can have a very positive effect for these women in their ability to experience pleasure and healing sexual experiences. 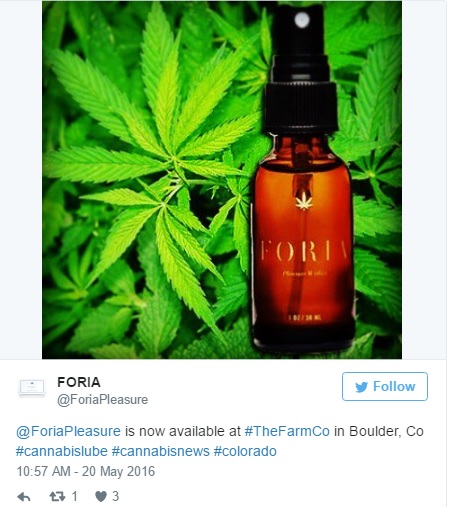 Products like Foria seem suitable for purely recreational purposes as well: Reviewing the marijuana lube for the Frisky, Amelia McDonnell-Parry commented that it makes for a “warm,” “tingly,” “loosey-goosey” vagina, as well as “an increased, concentrated awareness of that part of your body.” At the same time, the effects were “not extreme” and allowed her to keep a clear head — everything you could ask of a sexual aid.

Negative side effects of sex and weed

Smoking up in the bedroom may not go as badly for you as it did for Tom Cruise and Nicole Kidman in Eyes Wide Shut, but weed is never without its potential downsides, and the same goes for stoned sex.

For one thing, you could fall prey to paranoia and anxiety, or even a full-blown panic attack, which is rarely a turn-on for either party. The same 2008 Canadian studymentioned above found that marijuana can impede sexual pleasure in other ways: “Six participants (one female and five males) thought marijuana hindered them or detracted from the sexual experience because it made them ‘lazy,’ took ‘the focus away,’ or they became ‘too self-conscious and introverted.'”

Erectile dysfunction is another reason to avoid high-THC products and go with something heavier on CBD, according to Ridley. “CBD oils also have their physical relaxation benefits without the THC and mental high that some people don’t always enjoy,” she said. “One of the most common complaints from men is the inability to maintain an erection while high, and that the more that is smoked the worse the side effect.”

Ladies, meanwhile, run the risk of drying up down there: Yes, “cotton vagina” is a thing, as Dr. Julie Holland, author of Moody Bitches: The Truth About the Drugs You’re Taking, the Sleep You’re Missing, the Sex You’re Not Having and What’s Really Making You Crazy, confirmed to Vice. Describing it as “exactly like” cotton mouth — an all-too-familiar drawback to weed — she said that any strain of weed responsible for one is likely to cause the other as well.

And finally, if you’re trying to make a baby, you’re likely already aware of the research indicating that marijuana may lower your sperm count. This remains a contested idea, however, with some science suggesting that weed has little effect on male fertility and other studies suggesting that CBD actually stimulates sperm production.

Staying safe when having sex on weed

“It never got past me that the first miracle of Jesus was to turn water into wine,” Lauren Brim, sex coach and author of The New Rules of Sex, said in an email. “And what does wine make us do? Have sex with people we might not otherwise have sex with. And discover the true desire beneath our deeply inhibited selves.”

Just as we may regret some drunken sexual experiences the morning after, feeling as if we were not truly in control of ourselves, so can we realize too late that weed has made us a little too eager to hook up. “What is important is that you still have the ability to consent to experiences and the ability to remember them,” Brim said. “What you do from that less-inhibited place is up to you.”

She also cautioned against reliance on weed or indeed any intoxicant as an aphrodisiac: “Sober sexual experiences are also important; if you need drugs to have sex or enjoy sex, there’s a problem. It’s all about balance.”

Besides which, if you’re really overdoing it on the pot, you might find yourself enjoying its arousing qualities all by your lonesome.

Source: Marijuana and Sex: How weed affects your sex drive — and can help your performance