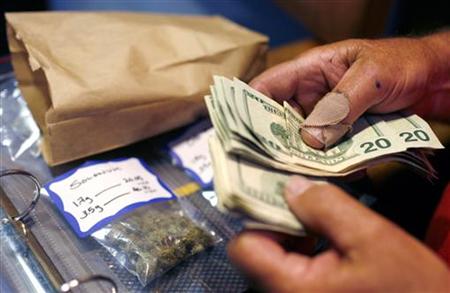 Even though the projections for a matured legal marijuana industry are rosy, the current scenario for marijuana businesses is filled with obstacles. This post from The Columbus Dispatch delves into the hurdles, outlined by Justin Breidenbach, that marijuana entrepreneurs face today.

Breidenbach, an associate professor of accounting at Ohio Wesleyan University who has been studying the economics of pot for two years, concludes that there’s potential for big money to be made if Ohio legalizes pot on Nov. 3. But, he says, marijuana entrepreneurs might go through a minefield to get there.

“There are many misconceptions about how this industry operates,” Breidenbach said. “Many believe this is a new-age gold rush. While some companies are doing well, there are just as many that are struggling to keep their doors open. If Ohio is to legalize marijuana, it is important for people to understand how this industry will operate and navigate the many hurdles to stay afloat.”

Breidenbach visited growers, processors, shop owners and others in the marijuana business in Washington, one of four states plus the District of Columbia where marijuana is legal for both recreational and medicinal purposes. Some Washington businesses are losing money, even going under, in part because of federal tax-code provisions prohibiting tax deductions for expenses related to illegal products, which marijuana is under federal law.

Breidenbach, who doesn’t drink alcohol or smoke marijuana or tobacco, said he has no position on state Issue 3, the proposed constitutional amendment Ohioans will decide in the fall election.

“I’m not fighting for or against the industry,” he said. “I’m trying to study the business consequences.”

Issue 3 would legalize the purchase and recreational use of marijuana by adults 21 or older as well as possession and use of medical marijuana for people with a qualifying medical condition. The cultivation end of the for-profit business would be controlled by 10 investment groups that have bought into the business by making multimillion-dollar investments in the campaign.

A report released this year by a task force established by Hamilton County Prosecutor Joseph T. Deters, a supporter of legalization, offered rosy projections for the jobs potential from Issue 3. When the market matures after three years, marijuana growers would sell an estimated $1.1 billion in products, with processors making $726 million and retailers $2.23 billion, the report said. There would be 35,000 new jobs created related to growing marijuana, refining it and turning it into edible products for medical dispensaries and retail sales. The industry would generate an estimated $554 million in tax revenue, much of it for local government.

ResponsibleOhio, the group backing Issue 3, is planning a news conference this week to outline business opportunities if voters legalize marijuana.

Most major business organizations, including the Ohio Chamber of Commerce, National Federation of Independent Business-Ohio and the Ohio Farm Bureau, oppose Issue 3.

Breidenbach said one of the biggest obstacles marijuana businesses face is “280E,” a section of federal tax code added in 1982 that forbids businesses selling Schedule I or Schedule II drugs, including marijuana, heroin and cocaine, from deducting a major chunk of their expenses. They can deduct seed, soil and fertilizer, but not salaries, rent and transportation.

“If that’s the case, you’re going to bankrupt eventually,” Breidenbach said. But even that’s a problem because bankruptcy is a federal protection unavailable to pot businesses.

Other problems include banking. With marijuana illegal under federal law, most major banks won’t handle accounts from marijuana businesses. They often use small state or local banks or credit unions, or they pay employees and banks in cash.

Finally, there’s the liability issue of having employees who might be under the influence of marijuana. While it would be legal, that still could pose a problem for a trucking company, day-care center or restaurant owner, Breidenbach, said.

“That’s going to be a big issue. I think you’re going to see a lot of insurance companies jump on that. It’s going to create a cost for them for drug testing and insurance.”

Source: Making a business out of marijuana isn’t easy | The Columbus Dispatch