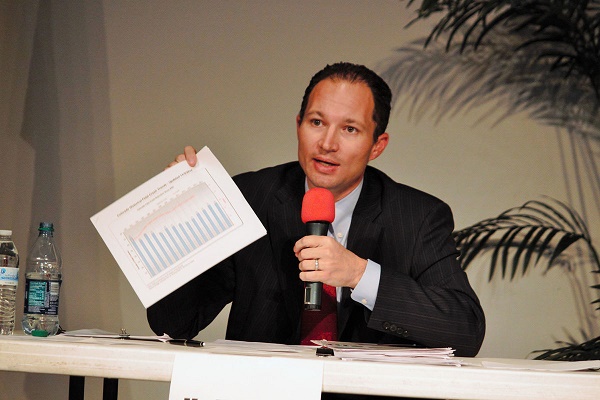 An initiative supporting recreational marijuana legalization in Arizona has successfully gathered more signatures than were required for it to make the November ballot. This post from eacourier.com highlights the progress of the Campaign to Regulate Marijuana Like Alcohol.

Arizonans may have the choice to join other states in legalizing marijuana for recreational use.

The backers of the Campaign to Regulate Marijuana Like Alcohol announced Tuesday it collected more than 200,000 signatures in support of an initiative to end marijuana prohibition in Arizona. The campaign is required to have 150,642 valid signatures of registered Arizona voters to make the November ballot.

“Voters want to have their say on whether Arizona should end marijuana prohibition,” campaign chairman J.P. Holyoak said. “It’s appearing more and more likely that they are going to have that opportunity. We’re finding that most Arizonans agree marijuana should be regulated and taxed similarly to alcohol.”

In February, Holyoak, who is a medical marijuana dispensary owner, debated Pinal County Attorney Lando Voyles over legalizing marijuana for recreational use at an event at Victory Theater in Safford. The event was sponsored by the Graham County Tea Party and Graham County Republican Women Club.

The Arizona Medical Marijuana Act passed by a slim margin of voters in 2010 and allows the production, sale and possession of marijuana to licensed dispensaries — one of which is allowed per each Community Health Analysis Area — and cardholders.

There are 125 separate Community Health Analysis Areas throughout the state and nearly 90,000 medical marijuana patients, as of January 2016. A patient with a marijuana card is allowed to purchase up to 2.5 ounces of marijuana every two weeks. Arizona dispensaries sold nearly 4,000 pounds of marijuana, including raw marijuana, edibles and other formulations, in January alone.

Safford has an operating medical marijuana dispensary, but a dispensary in Clifton that was opened under the same license holder as the Safford location closed after an internal struggle over operations. The contents of the store were sold at auction to cover back rent. Marijuana and marijuana-laced edibles found at the store were taken by the Clifton Police Department for safe storage and disposal.

Under the proposed Regulation and Taxation of Marijuana Act, adults 21 and older would be allowed to possess up to 1 ounce of marijuana and grow up to six plants in their homes without obtaining licenses, as long as the plants are in a secure area. The initiative would also create a distribution system similar to Colorado’s, where licenses and businesses produce and sell marijuana and pay a 15-percent tax on retail sales to be allocated to education — including funding all-day kindergarten — and public health. Half the money generated for education would fund K-12 school operations and maintenance, and the other half would fund all-day kindergarten.

Colorado and Washington became the first two states to legalize recreational marijuana use in 2012. In 2014, Alaska, Oregon and Washington, D.C., also legalized its use. There are currently 23 states that allow for medical marijuana use and approximately 12 states that could legalize recreational marijuana use in 2016, whether by voter propositions or government initiatives. The states up for legalization include California and Nevada that would, along with Arizona and the already legal states of Washington and Oregon, form a connecting legalized area stretching from Canada to Mexico and cover the entire West Coast.

“The level of interest in signing our petition seems to grow as people learn more about marijuana and the specifics of the initiative,” Holyoak said. “The simple truth is that marijuana is less harmful than alcohol, and marijuana prohibition has been just as big of a failure as alcohol prohibition. Arizonans think it’s time for a more sensible approach, and that’s exactly what we’re proposing.”

The bill has its opponents, however, both of whom are for and against the legalization of marijuana but somehow share similar talking points.

Backers of a competing initiative, the Arizonans for Mindful Regulation, oppose the bill just as much as staunch anti-marijuana advocates such as Yavapai County Attorney Sheila Polk and Maricopa County Attorney Bill Montgomery.

However, Arizonans for Mindful Regulation supporters also believe the Marijuana Policy Project bill would create an unfair advantage for those who already have medical marijuana dispensaries because those providers would initially be the first ones able to sell recreational marijuana as well, a belief also held by Polk and Montgomery.

While the 86 current medical marijuana dispensaries would have the first opportunity to branch into recreational sales, the retail marijuana licenses will be capped at roughly 160, which would allow for competition and not monopolize markets, according to the Marijuana Policy Project bill’s supporters.