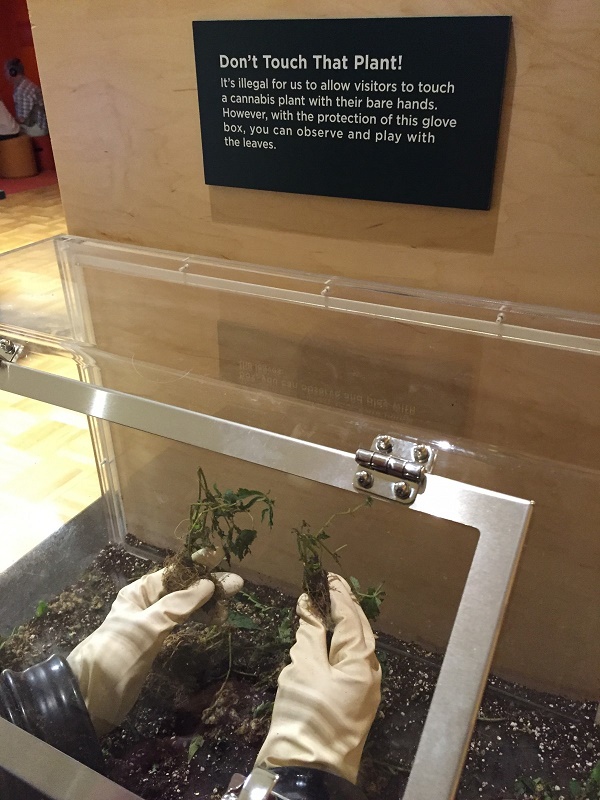 California boasts of a first-ever museum exhibition focusing on marijuana, examining it from 10 different perspectives – and offering a vending machine for munchies. This post from Forbes sheds light on the weed exhibit in California.

On the face of it, marijuana would seem an odd candidate for a museum exhibit. It’s illegal in most of the country, its past is controversial and its future is uncertain. Yet one museum has mounted a comprehensive exhibit about weed. Altered State: Marijuana in California, which opened last weekend at the Oakland Museum of California, is as thought-provoking as it is titillating and often funny.

Billed as the “first-ever museum exhibition to focus on the topic,” it examines cannabis from 10 different perspectives. A lot of the questions – of economics, politics, law, medicine, recreation, environment, influence on children and more – have no clear answers.

At the center of Altered State, literally and figuratively, are the marijuana plants themselves. On loan from a nursery, they look happy and healthy locked away inside a well-lit terrarium. Because it’s an illegal substance, you can look but not touch, so nearby there’s a separate case fitted with rubber gloves for visitors to handle the leaves and stalks.

Other cases contain different varieties of weed with lids that flip up for visitors to sniff from.

From there, visitors can go in any number of directions. One section called “Bad to Badass” examines the history of pot from its introduction in the U.S. in the 19th century, through criminalization (1913 in California, 1937 federally), post-WWII use among artists and intellectuals, and pop culture references from “Reefer Madness” to “Weeds.”

Legendary stoners’ pictures appear too: Cheech and Chong, Jeff Spicoli, Harold and Kumar, and Ilana and Abbi of “Broad City.” So do authority figures, such as Nancy Reagan advising teens to “Just say no” and Bill Clinton proclaiming “I did not inhale.”

Adjacent is the “Cannabis Confessional” booth where visitors can go behind a curtain to write their anonymous feelings about pot – they’re later framed. “I’m a little high right now,” wrote one. “I actually don’t like the way I feel on weed,” wrote another.

The medical section looked at studies performed on cannabis’s effects on everything from nausea to depression, complete with citations.

Then there’s the economic impact. The exhibit notes that the California’s medical marijuana dispensaries did $2.7 billion in business in 2015. Stats about marijuana’s impact on the rest of the economy are slippery, though, because, as signage reads, “Nobody knows for certain how large the illegal market is.”

And should you get hungry, there’s a working vending machine to help slake your munchies with snacks from Doritos to Skittles.

At about 3,500 square feet, the exhibit isn’t enormous, but it took me about 45 minutes to browse and ponder.

Museum admission is $15.95 per adult, but there’s special reduced admission of $4.20 on 4/20, which has become the nation’s unofficial marijuana day.

Altered State runs at the museum until September 25. That’s about five weeks shy of a referendum on the California ballot that would legalize recreational marijuana use in the state. It’s expected to pass.

Source: Marijuana Heads to the Museum: Weed Gets Its Own Exhibit in California – Forbes