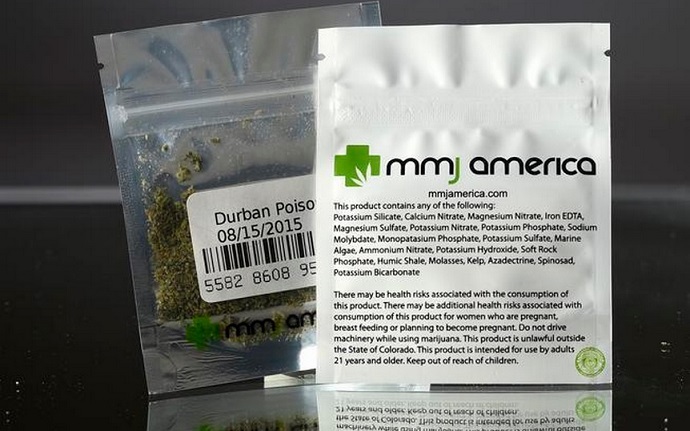 Marijuana products from Mountain High Suckers and MMJ America showed no trace of an unapproved pesticide listed among their ingredients; the company owners said they were using old labeling.

Denver health officials Wednesday lifted a day-old order to hold hundreds of marijuana-infused lozenges and raw marijuana from two businesses after lab tests showed no trace of an unapproved pesticide listed among their ingredients.

The owners of Mountain High Suckers and MMJ America each said they had been using old labels that included among their ingredients a pesticide that today is not approved for use on marijuana.

The pesticide, spinosad, had not been barred for use when the labels were made, the owners said.

It “looks like this was just an unfortunate labeling issue,” said Dan Rowland, Denver’s spokesman for its office of marijuana policy.

State law requires marijuana companies to list on their product labels all pesticides, contaminants and herbicides used in the production process.

The city’s enforcement action is the latest in a series of actions related to pesticides used on recreational and medicinal marijuana. Because the drug remains illegal under federal law, the U.S. Environmental Protection Agency will not establish any allowable pesticide uses on marijuana.

Technically no regulated pesticide can be legally used on marijuana, but state agriculture officials have said as long as its use does not violate a pesticide’s label warnings and restrictions, it can be used.

On Monday, Denver warned businesses that products listing unapproved pesticides should be removed from shelves and destroyed or returned to the manufacturer.

“Back then it wasn’t a problem,” Tribble said. “We just didn’t look back on the labels. It was a mistake. It was on there but the tests were clear, undetected. We’ve never had a black mark before.”

He said news of the city’s action brought calls from as far off as Las Vegas.

“Not only did we test negative for all pesticides, we were told by the city that just crossing off the name because we already had the bags printed was acceptable,” MMJ owner Jake Salazar said. Officials later told him he needs to reprint the labels, he said.

“We order pre-printed bags, 70,000 units every time. Last time we ordered them, this wasn’t a banned substance. We now have to throw all of those bags away and re-order 70,000 more without that ingredient, which we clearly don’t use,” Salazar said.

Some pesticides are so non-toxic that the EPA does not require them to be registered nor restrict their use. Those can be used on marijuana, but the industry has complained that they aren’t potent enough to eradicate the kinds of pests and mildews that can decimate a crop potentially worth millions of dollars.

The city in the spring held more than 100,000 marijuana plants at 11 grow operations over concerns that unapproved pesticides had been used on them.