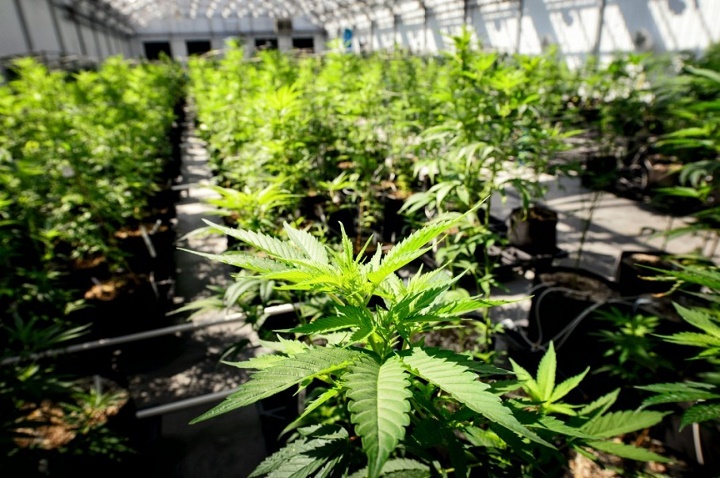 US affirms its prohibition on marijuana, keeping it on Schedule 1 list of controlled substances, however, this article from The Washington Post highlights that the DEA will allow more places to grow marijuana for research purposes.

The government refused again Thursday to allow the use of marijuana for medical purposes, reaffirming its conclusion that the drug’s therapeutic value has not been proved scientifically and defying a growing clamor to legalize it for the treatment of a variety of conditions.

In an announcement in the Federal Register and a letter to petitioners, the Drug Enforcement Administration turned down requests to remove marijuana from “Schedule I,” which classifies it as a drug with “no currently accepted medical use” in the United States and precludes doctors from prescribing it.

The decision keeps the federal government at odds with 25 states and the District of Columbia, which have passed laws allowing medical use of marijuana to some degree. Members of  Congress have called for its reclassification and on Wednesday, the National Conference of State Legislatures adopted a resolution asking the federal government to remove marijuana from Schedule I.

“Right now, the science doesn’t support it,” Chuck Rosenberg, acting administrator of the Drug Enforcement Administration, said in an interview Thursday. Citing a lengthy analysis conducted by the Food and Drug Administration, he said the decision “is tethered to the science.”

The agency announced one policy change that could increase the amount of research conducted on marijuana: the DEA will expand the number of places allowed to grow marijuana for studies of its value in chronic pain relief, as a treatment for epilepsy and for other purposes. Currently, only the University of Mississippi,which holds an exclusive contract with the National Institute on Drug Abuse, is federally licensed to grow marijuana for research purposes.

The latest development in the 46-year legal and policy battle over the status of marijuana disappointed advocates of looser restrictions on the drug, who had hoped that the government would carve out a special place for marijuana in the controlled-substance regulations or move it to a less tightly regulated category, Schedule II.

In the words of a 2015 Brookings Institution report, a move to Schedule II “would signal to the medical community that [the Food and Drug Administration and the National Institutes of Health] are ready to take medical marijuana research seriously, and help overcome a government-sponsored chilling effect on research that manifests in direct and indirect ways.”

But as it has in previous reviews, marijuana again failed an analysis conducted by the FDA and NIDA. The FDA concluded that medical and scientific data do not yet prove that marijuana is safe and effective as a medicine. Legally, that prohibits the DEA from reclassifying the drug.

“We’re pleased to see that the Obama Administration … understands the science the way we and almost every single medical association in the country understand it,” said Kevin Sabet, president of Smart Approaches to Marijuana, which opposes loosening restrictions on marijuana.

Rep. Earl Blumenauer (D-Ore.) praised the decision to allow more facilities to cultivate marijuana for research, but said the decision doesn’t go far enough. “This decision … is further evidence that the DEA doesn’t get it. Keeping marijuana at Schedule I continues an outdated, failed approach — leaving patients and marijuana businesses trapped between state and federal laws,” Blumenauer said.

Schedule I drugs — which include LSD and heroin, as well as marijuana — have “no currently accepted medical use in the United States, a lack of accepted safety for use under medical supervision, and a high potential for abuse.” Schedule II drugs, such as the powerful narcotic painkillers that have caused an epidemic of addiction over the past decade, have medicinal value but “a high potential for abuse which may lead to severe psychological or physical dependence.” Marijuana was placed in Schedule I in 1970, when Congress passed the Controlled Substances Act.

Research has shown that some components of marijuana have promise as a treatment for epilepsy and chronic pain. Some people use it to relieve the symptoms of post-traumatic stress disorder, although research has not been conducted to prove its value for that condition.

Rosenberg said that while individual researchers may have shown that marijuana or its extracts are helpful for certain conditions, the FDA has the most comprehensive view of the state of scientific research on the drug.

“The FDA knows this better than anyone on the planet,” he said, though he acknowledged that “a lot of people will disagree with that.”

He also noted that many people misconstrue the controlled substance scheduling regime as a ranking of drugs’ relative dangers. Clearly, he said, marijuana is not as dangerous as heroin, LSD and perhaps some of the opioids in Schedule 2. “It’s not the Richter Scale,” he said. But that doesn’t mean cannabis and its extracts are safe for medical use and not prone to abuse, he added.

Academic researchers have complained that registration and application requirements to work with Schedule I drugs make studying their purported benefits difficult. The DEA, however, says the number of researchers registered to study marijuana and its components has doubled in the past two years.

The governors of Rhode Island and Washington, and a New Mexico resident, Bryan A. Krumm, petitioned the DEA to remove marijuana from Schedule I. The agency most recently rejected a similar request in 2011, touching off a legal battle to force reclassification in which the DEA ultimately prevailed.

With so many states allowing the use of cannabis components for health reasons, Rosenberg acknowledged the conflict with the federal government’s posture. But he said prescribers need not fear that the announcement signals a federal crackdown.

“We are not changing our enforcement priorities,” he said.

It is unclear how many more facilities would be allowed to grow marijuana for researchers under the new rules. But the government signaled its intent to end the effective monopoly on cultivation maintained by NIDA and the University of Mississippi, officials said. That would allow a greater supply and a wider variety of products for research. Growers would apply to DEA, not NIDA, for permission to cultivate.

“If petitioners meet our criteria, and they can assure us that this stuff can be handled safely and securely,” they likely will be given permission to cultivate marijuana for research purposes, he said.

The new policy also contains a “statement of principles” that reminds growers of the provisions of a 2014 law that governs the use of industrial hemp. The plant is a cannabis variant that contains a low concentration of tetrahydrocannabinol, or THC, the chemical responsible for most of marijuana’s impact on the brain.