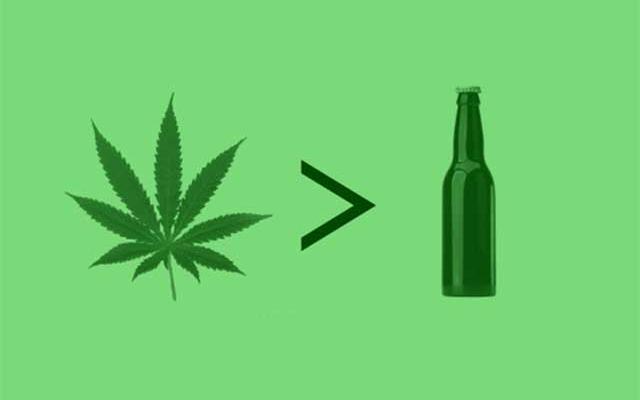 The state of Colorado, which is considered the forefather of the fully legal cannabis trade in the United States, reportedly generated more tax revenue in the last fiscal year than what was raised from the sale of alcohol.

New data released by the Colorado Department of Revenue indicates the state managed to collect more than $70 million from the sale of cannabis, while earning less than $42 million from the alcohol industry.

“Marijuana taxes have been incredibly productive over the past year, so this tax holiday is a much-deserved day off,” Mason Tvert, director of communications for the Marijuana Policy Project, said in a statement. “This will be the one day out of the year when the state won’t generate significant revenue. Over the other 364 days, it will bring in tens of millions of dollars that will be reinvested in our state.”

The exact accounting released earlier this week shows the state earned an impressive $69,898,059 in tax revenue from the sale of pot products in the fiscal year of 2014-15.

One of the reasons the marijuana industry generated so much more tax revenue than alcohol is because its customers typically spend more on weed than they do on booze. Another is that the tax system attached to Colorado cannabis sales is set up to collect massive amounts of cash. In addition to the regular 2.9 percent sales tax, the state also enjoys a 10 percent special sales tax on retail marijuana and another 15 percent on wholesale transfers.

That’s roughly 28 percent of every pot transaction going to the state.

“It’s crazy how much revenue our state used to flush down the drain by forcing marijuana sales into the underground market,” Tvert said. “It’s even crazier that so many states are still doing it. Tax revenue is just one of many good reasons to replace marijuana prohibition with a system of regulation.”

No, what’s crazy is that we are constantly hearing reports that a lot of Colorado stoners are still purchasing their weed from the black market to avoid paying the high taxes. For the state to collect $70 million and still miss revenue that is being spent on the illicit market, there is no telling what the potential is for pot taxes (in any state) once the federal government completely removes the black market from the equation by legalizing the leaf nationwide.