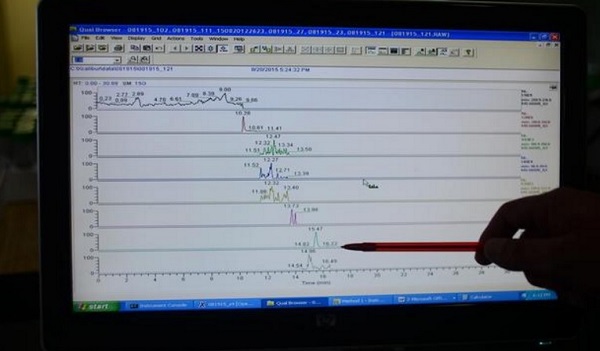 After having its science questioned by the troubled marijuana edibles company, Edipure, marijuana testing lab Gobi responds with a passionate statement. This post from The Cannabist discusses the pot-pesticide issue and Gobi’s response statement.

After being slammed by a pot-infused edibles company suffering the blow of its third pesticide-related recall, a cannabis-testing laboratory in Colorado has a message it wants known: “We don’t want to see anyone in the industry have their product recalled or quarantined,” Gobi Analytical said in a statement released to The Cannabist this week.

In the wake of recalls totaling more than 60,000 edibles packages over concerns that the products contained potentially dangerous pesticides, EdiPure earlier this week criticized Gobi Analytical, the private testing lab contracted by the city of Denver to determine the presence and levels of banned pesticides in pot and marijuana products. EdiPure called Gobi’s methodology “dubious at best, relying more on voodoo math and junk science than certified and standard scientific testing methods” in a notice posted on its social media.

In Gobi’s statement, the lab says it sympathizes with the embattled cannabis industry, which has limited options for using the potent pesticides available to much of traditional agriculture because marijuana is still federally illegal and as such, none are recognized for use on cannabis.

“Consumer safety comes first, but we also support marijuana grown with pesticides and fungicides used in a responsible and ethical manner,” Gobi’s statement reads. “For instance, food that we buy every day in supermarkets abides by EPA and FDA standards, which regulate safe use of pesticides by monitoring that products test within a set allowable threshold in the parts per million range.”

The Environmental Protection Agency regulates pesticide use in the U.S., creating yet another federal-versus-state conflict for the marijuana industry. While some legal-pot states including Colorado have developed lists of nontoxic pesticides allowed for use on marijuana plants, the once-varying availability of those lists and the industry’s penchant for stronger, active-chemical pesticides to protect their costly crops has created something of an impasse.

The marijuana industry “was the biggest obstacle we had” in devising any effective pesticide regulation, former Colorado agriculture commissioner John Salazar recently told The Denver Post.

There’s clearly months, if not years, of conflict on this issue between the marijuana industry and the regulatory agencies overlooking it. And after EdiPure questioned Gobi’s marijuana testing results — an accusation that ultimately takes aim at the very foundation of the city of Denver’s recent pesticide enforcement actions, including 12 recalls in 13 weeks — Gobi outlined its scientific process and equipment in the statement.

“Our pesticide testing lab uses liquid chromatography mass spectrometry (or LC/MS/MS). It is the most widely used technique to detect and quantify pesticides in plant and food products. This technique is the standard method for determining pesticide residues in the United States and Europe.

“Gobi Analytical determines the content of five pesticides in cannabis plants, concentrates and infused edibles using LC/MS/MS equipped with electrospray ionization (ESI) in positive ion mode after sample extraction and clean up based on QuEChERS methodology, following European EN 15662 standard procedures. Identification of each pesticide is based on the retention time of each compound and the product mass generated using single reaction monitoring (SRM), and quantitation is determined using external standard calibration. This pesticide testing methodology employed by Gobi Analytical is the most widely used pesticide-testing methodology in the world today and is considered the best possible way to test for pesticides.”

The lab said it will continue serving its primary customers — the marijuana industry — as well as government agencies in hopes of forward progress on the pot-and-pesticides issue.

“We will continue to work together with growers, manufacturers and state and local agencies to come up with a universally acceptable limit for pesticides on marijuana. We look forward to getting past the pesticide issue and helping the industry grow and thrive.”