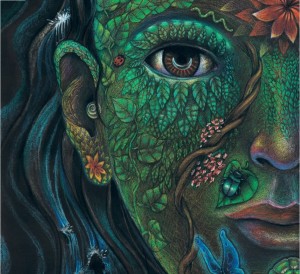 In this post from Wake Up World, Bernhard Guenther takes a critical look at the other side, which seems to be so ignored and denied, relating to how we tend to lie to ourselves about marijuana use.

One of the revealing things the curandero told me after the second ayahuasca ceremony is that I had an energy block/cyst in the area of my solar plexus due to residue of long-time marijuana use. He mentioned that it’s related to something long time ago that is still stuck. In my twenties, I certainly had smoked a lot, and it’s interesting that he saw this blockage, because in the past few years I hardly smoked, even staying off of it completely for over a year, but I also have smoked it here and then again as well. He said he worked on it during one of the ceremonies and helped release it, and I did feel a shift in me.

I had to admit that I was lying to myself about my cannabis use, telling myself that I used it “responsibly” for “medicinal” purposes. For example, I’d smoke a little before doing yoga or getting bodywork, since it helped me to get into my body more, but I also felt that something wasn’t right about it, and that in fact I used it more as a crutch. Also, when I felt depressed or just “off”, I’d smoke to elevate my mood. At times, it helped me to work through what came up; however, truth be told, I had more emotional breakthroughs when I stayed with an emotional discomfort instead of buffering it with the use of marijuana.

What the curandero said certainly didn’t come as a surprise, but was a much needed reminder of what I have been thinking about for a while: how marijuana can be abused, and has negative consequences, especially to the energy body. With all the focus on the positive aspects of this plant and its healing properties, the other side of how it can be abused (and be damaging) is hardly addressed. Most research also relates to the physical benefits, indicating that there are no physical dangers (as opposed to alcohol, for example). Based on that, there is a big focus on legalizing marijuana, with all the “pharmacies” popping up, where you just have to pay a little amount to get a “medical marijuana” card and you can buy and smoke all the pot you want “legally”.

But how many of us really use cannabis only medicinally for serious conditions in a conscious manner? How do we lie to ourselves about it? Are we actually addicted to it? I think the addictive aspect of cannabis is also ignored in many ways, in particular the psychological addiction, and how much harm it does to the energy body. Of course, “energetic effects” are hard to prove through conventional science. 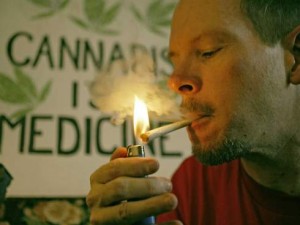 To be clear, I’m all for decriminalization and legalizing marijuana. It’s about personal freedom and choice, but this whole idea of “medicinal use” seems a bit convoluted. Most doctors with a marijuana license basically prescribe cannabis to anyone who wants it. But considering it is supposedly a “prescription” medicine, no one really tells you how much to use, and when to use it. You just get a card, which is basically a free ticket to the candy store. Help yourself; smoke or eat as much you want, whenever you want it. It seems a bit irresponsible to me.

However, I’m also not throwing out the baby with the bath water with this issue. I think the positive aspects of marijuana are well established and proven, and we all can cite many instances where this is the case, in our own lives and the lives of others. The baby is well secure and won’t be thrown out. My intention, however, is to take a critical look at the other side, which seems to be so ignored and denied, relating to how we tend to lie to ourselves about marijuana use.

Observing the appearance and behavior of some of my friends who are daily pot smokers for years (and even decades) have also shown some red flags, especially energetically. Marijuana is more potent than ever before, which actually has made me smoke it less — I simply couldn’t handle the intensity. I remember 15 years ago, I’d smoke a whole joint, get high, and was basically sober again after two hours. Nowadays, you take two puffs from some Frankenstein OG and it stays with you for hours and hours, basically the whole day (even waking up with a pot hangover); to the point of feeling uncomfortable, at least for me, since I’ve become very sensitive to it.

Some people smoke a lot of it since they have built up a tolerance and are more high than sober on a daily basis, not being able to function without it. Extreme pot heads seem to have this energetic bubble that is hard to get through, and many of them seem “emotionally retarded”, meaning that their ability to express emotional intelligence, depth and regulation in a healthy way seems to be missing.

I know of some people who have been diagnosed with PTSD and use pot to cope with their illness, claiming that it helps them to function. While it certainly can aid individuals with that condition under certain circumstances, some of them literally smoke it all day, every day, and it shows up (in their behavior) that it is not helping them, but is in fact numbing them in an unhealthy way, keeping them from healing the Trauma on a foundational level.

Another interesting thing the curandero said was in regards to medicinal plants in general. He’s a botanist, and works with many different plants in the jungle, not only psychoactive ones. Every plant has a positive and negative side, and it’s all about context and application. He mentioned that it is important to truly honor the spirit of each plant and their intelligence, using them responsibly, so you are still the “master”, and you use it instead of the plant becoming the master and it is “using you”.

He said that there is a “reversal” in the modern world regarding marijuana, and that this plant has negative effects on many people, resulting in all kinds of entity attachments and energy blockages. What he had seen in me is what he also saw in many other “gringos” who came to work with him. He said that medicine is not food, and should never be used recreationally, which makes sense and should be common sense, but somehow we have forgotten this, especially with regards to marijuana. 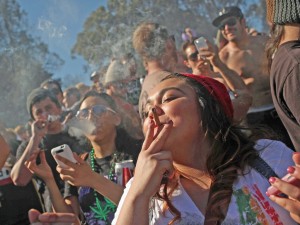 There are many articles about the benefits of marijuana, and it’s important to look at that and bring it to awareness, but I have seen virtually nothing from marijuana proponents who looks at the shadow side of this plant in a more objective manner (and I’m not talking about government-sponsored fear propaganda). This also relates to other medicine plants and psychedelics in general, where there is so much focus on the positive sides and how they have helped people (which is important to point out), but there are cases where these drugs have done great harm.

There seems to be a lot of context-free romanticizing going on about these plants. It’s somewhat understandable, because many of them are illegal in most countries for reasons that are ridiculous, so everyone is focused on the positive aspects to help the decriminalization process. But that can also create a tunnel vision of wishful thinking and distortion regarding some other issues.

via Ayahuasca, Psychedelics and Marijuana: A Critical Look at the Psychedelic Movement | Wake Up World – Part 2.