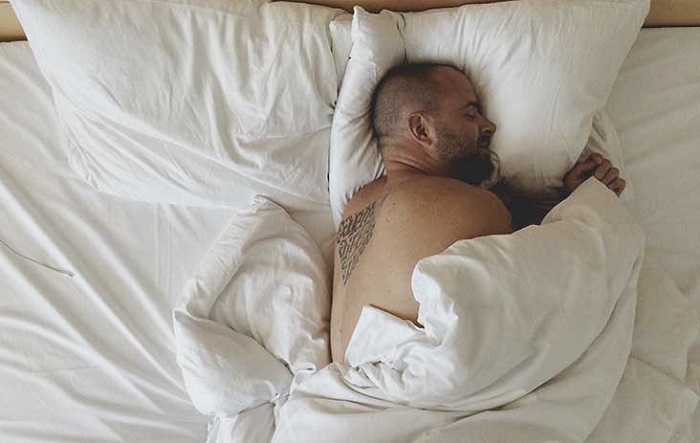 A recent study concludes that marijuana use might actually disrupt your sleep. This post from HealthLine shares insights from experts on marijuana’s ability to fight insomnia.

Marijuana may make you sleepy, but does it really help you sleep?

With the increasing frequency of marijuana legalization and its medical use throughout the United States, many are turning to the drug to treat insomnia and sleep disorders.

However, a study from the University of Michigan concluded that depending on how frequently an individual uses marijuana, it may not help them sleep at all.

It may actually worsen their sleep quality.

Individuals were disqualified from the study for a variety of reasons that could affect sleep.

Researchers found that that the daily-use group had higher levels of insomnia (almost 40 percent) compared to non-daily users (10 percent) and the control group (20 percent).

“These results are consistent with previous studies showing an association between sleep disturbance and heavy marijuana use in adults,” the researchers wrote.

The significance of their report is that it suggests that while marijuana may help some individuals in the short term or through intermittent use, continual use makes insomnia worse.

“The effects of marijuana on sleep in intermittent users may be similar, in part, to those of alcohol where improvements in sleep… have been reported with intermittent use, whereas daily use results in the worsening of sleep,” they wrote.

What happens if you quit?

Another facet that Deirdre Conroy, PhD, a clinical associate professor in the University of Michigan Department of Psychiatry and lead author on the study, touches on in a separate publication is what happens when daily users stop using marijuana.

Their sleep worsens during a withdrawal period if they attempt to quit using the drug or use it less frequently.

The study was limited in that quantity of use wasn’t measured.

All daily users were considered to be “heavy” marijuana users, but researchers admit they were, “unable to know if the sleep reports of daily users were a result of frequency of use or quantity of use.”

They say that future studies should recruit individuals who only smoke minimally to observe how quantity could potentially affect sleep quality.

Medical marijuana is also used to treat a variety of ailments from anxiety to PTSD.

Those ailments almost certainly play a role in sleep disorders.

Researchers discovered that when they controlled the study for anxiety and depression, the difference in reported insomnia levels disappeared.

“This raises questions about how marijuana is affecting people with and without anxiety and depression,” Conroy, who is board certified in sleep disorder medicine, told Healthline.

The study further complicates the medical literature on the relationship between marijuana and sleep — which is already inconsistent.

“To date, controlled clinical data with regard to the impact of cannabinoids on sleep is limited and somewhat mixed,” Paul Armentano, the deputy director of the National Organization for Reform of Marijuana Laws (NORML), told Healthline.

He points out a 2017 review on the subject matter as evidence of that.

“Cannabis is frequently used by patients as a sleep aid and they typically report subjective benefits from cannabis with regard to getting to sleep and staying asleep,” Armentano said.

One of the problems in making a conclusive assessment is that marijuana contains numerous different chemicals that affect the body’s endocannabinoid system.

The two most prominent, tetrahydrocannabinol (THC) and cannabidiol (CBD), both exist in varying amounts, depending on the strain of marijuana.

The review that Armentano brought up suggests that CBD may be helpful for insomnia, but THC may impair sleep quality in the long run.

A separate study concluded that the “sleepy” effects of THC seem to lessen as a user’s tolerance grows.

Another study, a newer one from 2017, found that marijuana users who decreased usage over time had improvements in anxiety, depression, and sleep quality.

In short, considering the many variables involved — including mental health issues, marijuana strain and potency, and quantity of use — a definitive answer on the relationship between marijuana and sleep remains somewhat elusive.

However, Conroy’s research may be helpful in sorting out some of the details of who are better candidates for using medical marijuana for sleep disorders.

That is, if smoking heavily every day is too much, how would less frequent, smaller doses affect sleep quality?

Source: Does Marijuana Help You Sleep?