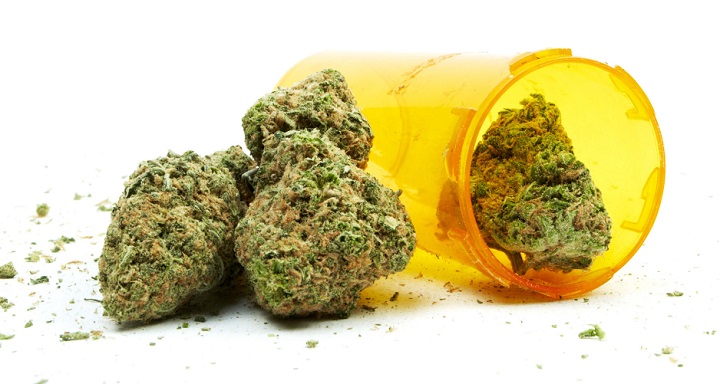 Florida passes a medical cannabis bill that bans smokable weed. This post from Marijuana World News shows how the new bill is more restrictive than the earlier laws.

Florida’s House of Representatives proved today there is nothing its grubby little hands can’t screw up. After more than 72 percent of voters statewide voted to legalize medicinal marijuana for people with “debilitating diseases,” a term that includes cancer, AIDS, and Alzheimer’s, the Florida House today passed its own series of rules regulating the state’s new medical weed industry.

And, this being Florida, the Republican-crafted bill bans smokable weed, creates a state-controlled cartel of legal cannabis farms, and pisses off medicinal marijuana advocates across the Sunshine State. Today that terrible bill — HB 1397 — passed the House by a 105-9 margin.

“Don’t get me wrong, they made significant improvements, because even the second and third versions of the bill kept getting worse,” says Ben Pollara, policy director for United for Care, the group that pushed for a medical weed constitutional amendment in 2014 and 2016. “But this is still a fatally flawed piece of legislation.”

After voters passed constitutional Amendment 2 to legalize medical marijuana last year, the new law mandated that legislators write a set of rules governing exactly how Floridians can smoke medicinal weed. The initial results, which the state House debuted in February, were disastrous: The original text of HB 1397 banned all forms of smokable, edible, and vape-able weed, leading Pollara to rhetorically ask, “Well, how can you ingest it?” The bill was actually more restrictive than the laws in place before Floridians legalized medical cannabis.

After outcry from patient advocacy groups, House lawmakers amended the bill to at least legalize marijuana edibles and vaporizers for qualifying patients.

But those guidelines are far from the only boneheaded measures crippling the bill. Most notable, the House’s rules require doctors to provide formal “prescriptions” for pot as opposed to “recommendations,” which medical marijuana advocates prefer. The “prescription” requirement hamstrings the bill for an obvious reason: Marijuana is still federally illegal, and doctors who “prescribe” medicinal cannabis can lose their FDA licenses.

“So now, doctors who care about keeping their licenses won’t prescribe marijuana,” Pollara says. “Instead, only the scummiest pill-mill docs will.” In an effort to prevent bad doctors from prescribing marijuana to people who don’t need it, Pollara contends, the House has all but guaranteed that bad doctors will be the only ones handing out weed in Florida.

Pollara says he and United for Care have spent months lobbying House leaders to fix the “prescription vs. recommendation” section of the law. But, he says, state lawmakers have insisted on regulating medical cannabis “like amoxicillin or OxyContin,” which doesn’t work because weed isn’t yet legal or FDA-approved.

“It’s willful ignorance,” he says. “It’s not ignorance in an absence of facts. This is the single biggest thing we pressed the House leadership on. It’s the core of the law.”

In what weed advocates claim is another colossal train wreck, the bill also gives out a criminally small number of licenses for farmers to grow pot. So far, lawmakers have given out just seven licenses for the whole state. In effect, they’ve created a “legal pot cartel,” Pollara says, whose members can work together to set prices and avoid competing with one another, just like the state’s four much-despised private-electricity cartels.

And it’s clear that license-holders are already able to make vast sums of money from exploiting the cartel system. Last month, the Canadian marijuana company Aphria bought a license through an arcane, complicated legal process that, analysts say, set the price of a cannabis license at $200 million.

The bill now heads to the Florida Senate for revisions. The state’s 60-day legislative session ends in just three days.

“The Senate has been much more reasonable about this,” Pollara says. “I hope they amend it and send it back to the House again. Right now, we’ve just got 72 hours to go.”

But, he warns, “the state Legislature has a rich history of thwarting the will of the people.”